It’s safe to say that the Clio has been a hugely successful car for Renault. In fact the French manufacturer has sold over 15 million units since it was first introduced back in the beginning of the 90’s; which roughly translates to one every minute. Now in its fifth generation, the Clio line-up has evolved with time but this latest version has seen it make what is undoubtedly, its greatest leap forward. Why you may ask? The answer is simple, because now the popular little  Clio is available as a hybrid.

That alone may not come as a great surprise, considering that there’s not a car maker out there, who isn’t making considerable moves to meet the political and environmental drive towards electrification. However, as one of the earliest adapters to this new means of motoring and Renault’s wealth of experience with batteries and motors has put them in pole position to ensure that the Clio E-Tech HEV 140, is one of the best hybrids on the market. 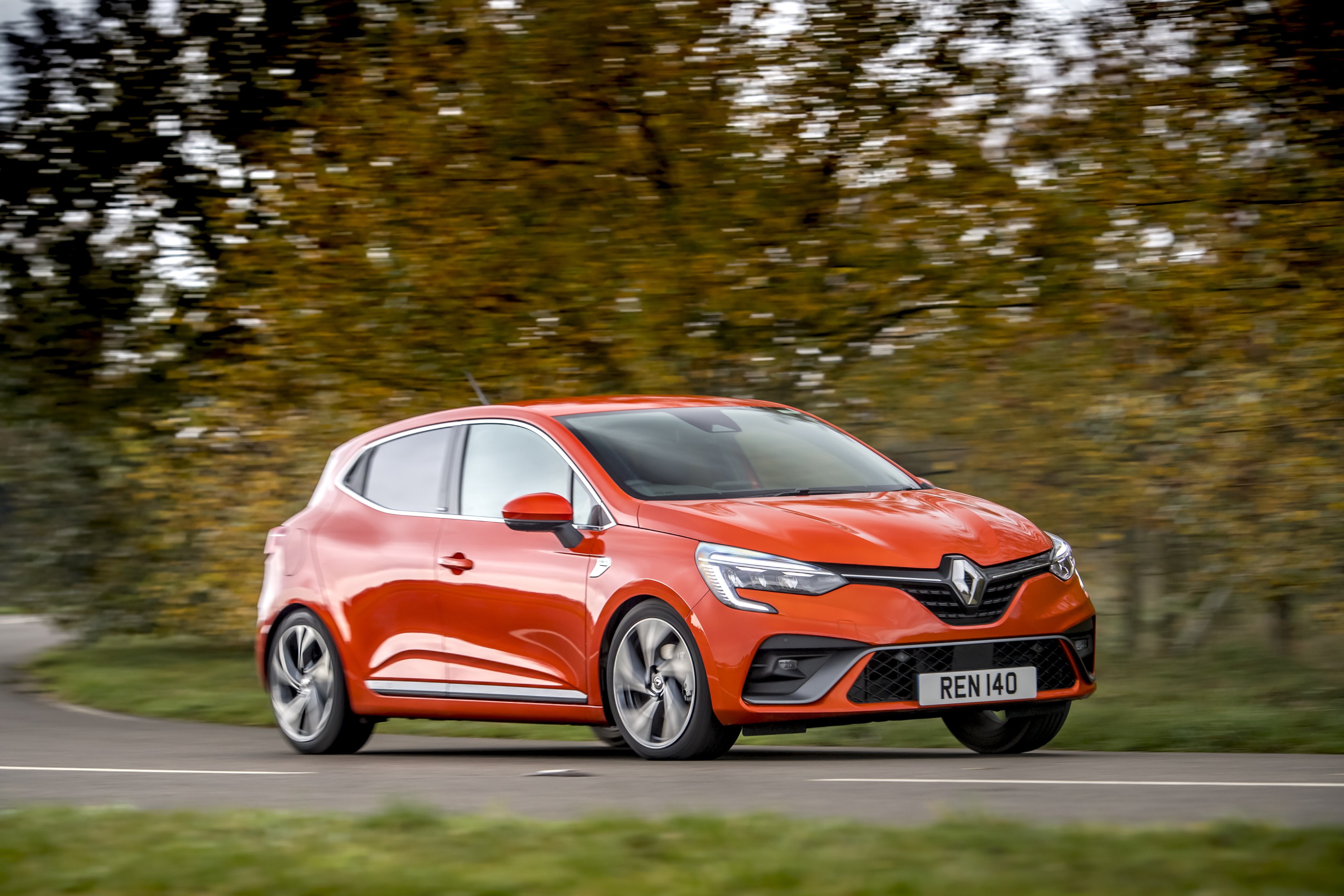 In terms of its exterior styling, Renault could, at first glance, be accused of playing it safe with the new Clio. Strip away the fancy R.S. Line trim and it’s not a hugely different looking car from its predecessor – which to its credit was still a good-looking car. The new Clio is now a little lower, has a more sloping roofline, LED lights front and rear and a more sculpted bonnet; but it’s certainly a long way shy of the glorious ‘Renault 5 inspired’ EV concept that Renault recently teased us with.

Although the exterior may not look radically different, this is 100% a new Clio. Underneath, it’s built on Renault’s all-new CMF-B platform and aside from its Hybrid-Electric variant, it is also available with a range of new petrol and diesel powertrains with a PHEV version set to join the party later this year..

If the subtle evolution of the Mk5 Clio’s exterior styling leaves you slightly underwhelmed, then the interior will more than make up for it. The Clio’s new “Smart Cockpit” is very cleverly designed and beautifully put together with lots soft touch materials. Its horizontal design makes the cabin feel larger, while every square inch has been reconsidered to make the most of the space on offer; the seats and headrests are slimmer and are mounted lower, even the steering column has been trimmed down. At 301L, the boot space in the E-Tech Clio is respectable but is 90 litres less than the ICE’d equivalent Clio’s. 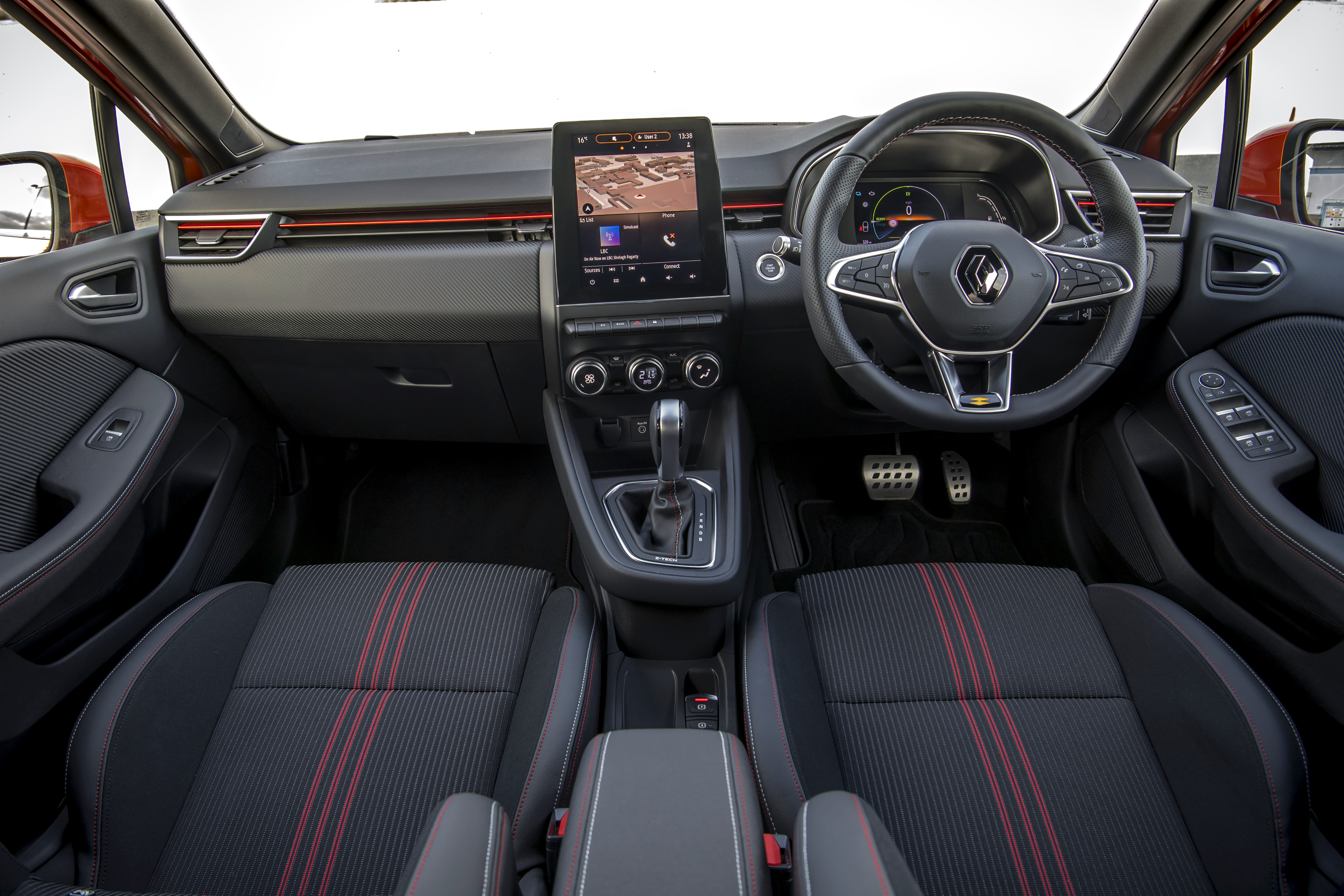 In the centre of the dash is a 9.3-inch tablet-like display. It’s very user friendly and is subtly turned towards the driver. There are still plenty of physical buttons, but they’ve been designed and grouped in a way which makes it all very intuitive. The traditional analogue binnacle has now been replaced with a fully digital display, which will vary from 7 to 10 inches depending on which trim level you opt for.

On the road, the Clio E-Tech HEV 140 is powered by a 1.6 litre petrol engine in conjunction with a 1.2kWh Lithium-ion battery pack and two electric motors all mated to an automatic gearbox. As the Clio’s full title would suggest, all that equates to 140 bhp which translates to a sub 10 second 0-100km time and a top speed of 180km/h. It’s the nippiest Clio currently on the market but it’s also the cleanest and produces just 99g of CO2 per km. Road tax is just €170 for the year and whilst I couldn’t match the quoted fuel economy of 4.4L/100km, I did manage to squeeze it down to a frugal 5.3L per 100 km over the course of the week long test drive. 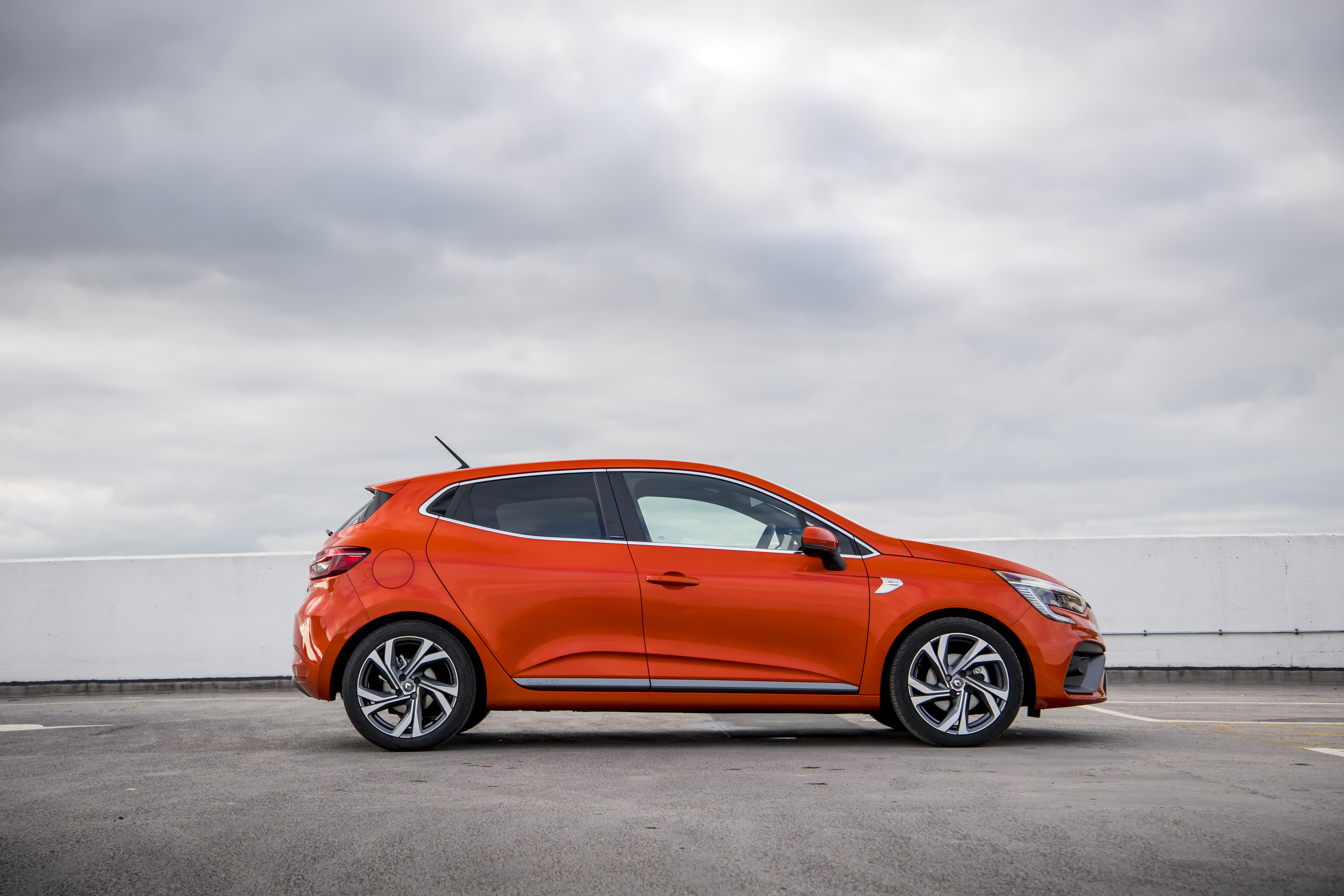 The battery itself is quite small, even by MHEV terms, and leaves the Clio with a maximum full electric range of approximately two kilometres. Whilst that figure might seem trivial at first, the manner by which the Clio utilies that electric range is very clever indeed. The transition between electric and fossil fuelled momentum is refined and impressively smooth; and the little Renault effortlessly switches back and forth between them, even out on the open road. Speaking of open roads, the Clio offers a comfortable and assured ride on all but the harshest of surfaces and is reassuringly sturdy through the corners.

Overall , it’s a stylish, well-built and efficient small car, but so is the regular TCe 100 petrol version. The hybrid model comes with a considerably steeper price tag, and for the most part the savings associated with the E-Tech model will take quite a while to offset against price difference. Perhaps if it’s savings you’re looking for then maybe you should consider a petrol model, or better yet…have you seen the Renault Zoe?

Starting price for the new Renault Clio is €17,545. The Clio E-Tech HEV 140 model that was tested is priced at €29,361 which includes all the fitted optional extras. 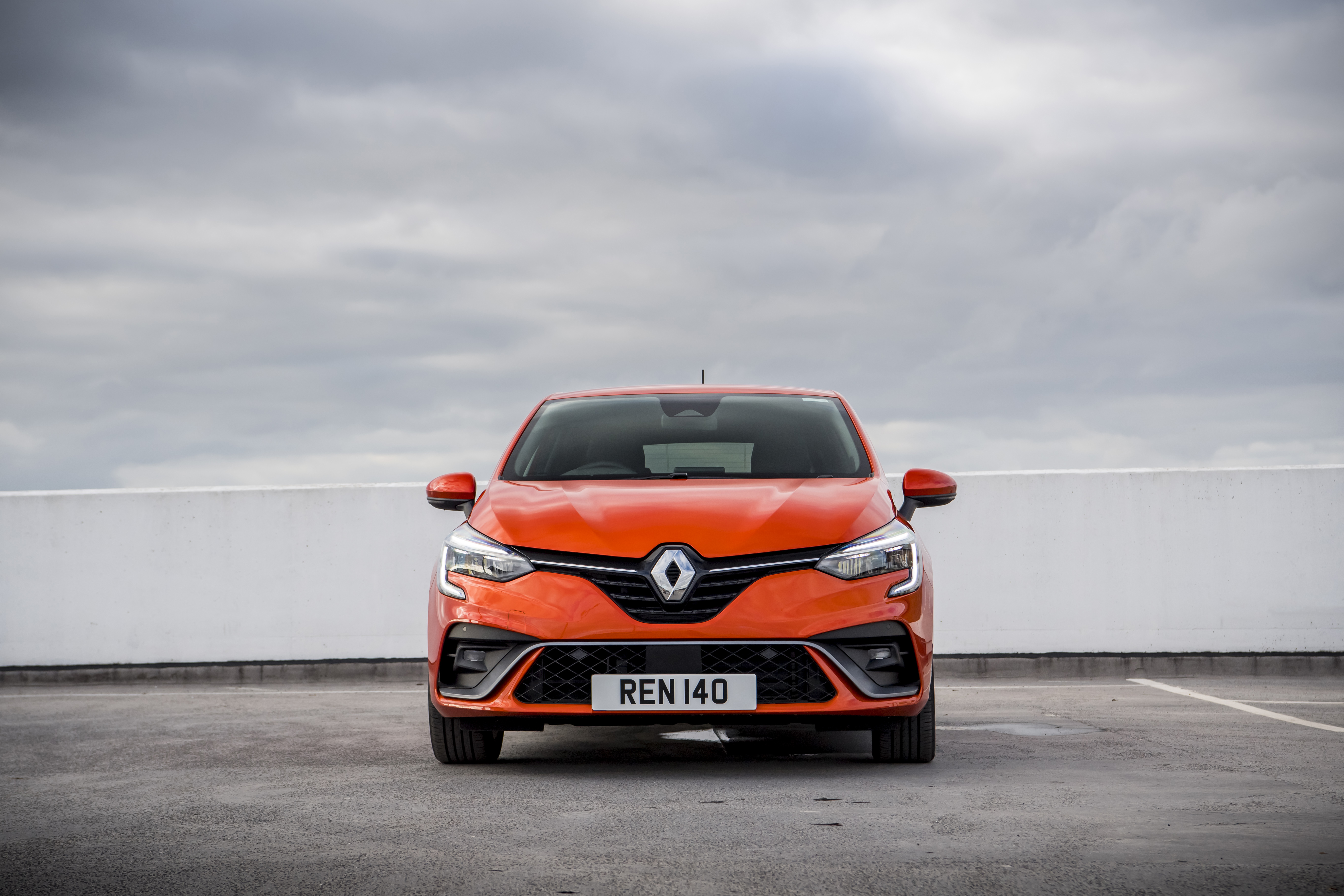 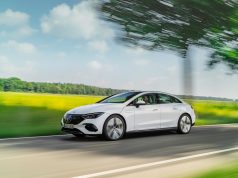 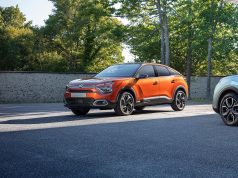 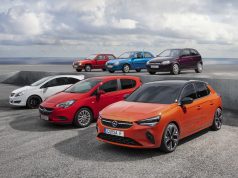