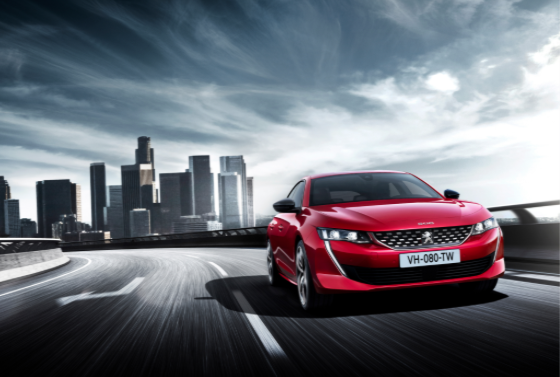 Gowan Distributors Limited, PEUGEOT Importer in Ireland, has released prices and specification for the radical new 508 fastback. Boasting the latest-generation PEUGEOT i-Cockpit® and a sharper, sleeker design than its predecessor, the much-anticipated new PEUGEOT 508 promises to deliver exemplary road-handling, high performance petrol and diesel powertrains, countless technology features and a quantum leap in quality. With Dealer demonstrator models arriving in late 2018, ahead of a late spring launch for the Irish market, the new 508 will retail from €32,400, plus delivery related charges, for the Active 1.5 BlueHDi 130bhp model. A five year extended warranty will come as standard.

Colin Sheridan, Sales and Marketing Director at Gowan Distributors said: “A simply stunning car that promises to shake up the D Segment, the new 508 meets stringent Euro 6.2 engine emissions controls and is packed with standard comfort and safety equipment. Highly favourable press reviews from the international press launch in late June have already signalled the new PEUGEOT 508 is very special indeed and we are recording strong enquiries from Irish customers, particularly since it was previewed in September at the National Ploughing Championships.”

He continued: “Whilst every PEUGEOT Dealer will have a demonstrator in early 2019, due to unprecedented demand in countries where it has already been launched, we currently anticipate a late spring customer launch in Ireland, potentially March 2019.”

The new PEUGEOT 508 will be produced in the Mulhouse plant in France, while the French sites of Trémery and Douvrin will provide the powertrains. An SW estate version will arrive in Ireland some months after the launch of the fastback, whilst a plug-in hybrid petrol drivetrain will be sold on the new model from autumn 2019.