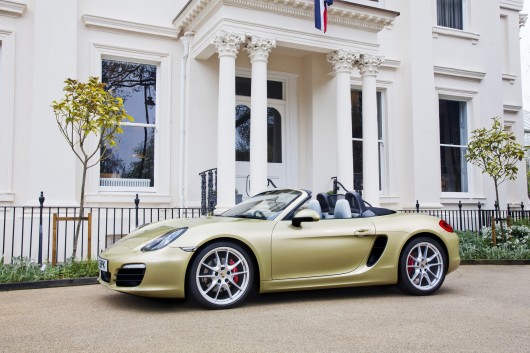 When it was first introduced in 1996 the Porsche Boxster was a two-seat roadster that harked back to the original Porsche 356 ‘No 1’, a mid-engined roadster, also the first car to bear the Porsche name. Since then it has evolved into this latest third generation model, that sets new standards for the roadster market in terms of style, driving dynamics and performance.

This new Boxster has reminiscent styling cues from other Porsche models, the front and rear has been modelled on the futuristic 918 Spyder, whilst the sides are akin to the Carrera GT. Previous generation Boxsters had to make do with doors from the 911, this new model now benefits from having its own doors. The interior has been significantly improved in terms of luxury and quality, the rising centre console has also been taken from the Carrera GT. An extra layer has been integrated into the soft top to reduce noise at speed, on the motorway with the roof closed you certainly wouldn’t suspect you’re in a convertible. 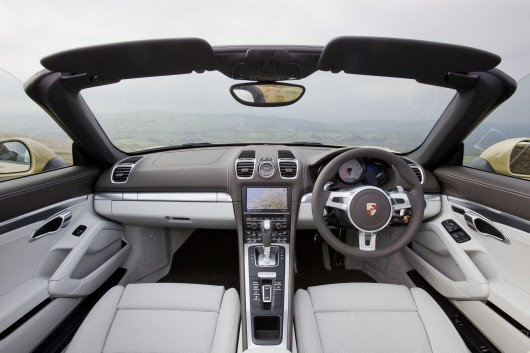 On the road both the Boxster and Boxster S both impress through the sheer grip they provide. There’s almost no body roll evident on turn-in and despite my test car running on optional 20” Carrera S wheels (19” as standard) the ride is extremely comfortable. Weight has been reduced whilst power has been increased in both models, with the Boxster gaining ten horsepower to reach 265hp, whilst its engine size has been reduced from 2.9-litres to 2.7-litres. The Boxster S retains its 3.4-litre engine capacity which produces 315hp and 360Nm of torque, whilst fuel efficiency has been increased by as much as 15 per cent. Both variants now come fitted as standard with a Sport button which optimises responses from the car’s throttle and steering inputs to provide a more involved driving experience. The optional dynamic transmission mounts further enhance the already competent chassis when cornering at speed. Both cars offer a true roadster driving experience with the standard Boxster impressing slightly more than expected. The Boxster S is still the one to have for the hardcore performance driver but choose the Boxster and you won’t feel short-changed. Standard equipment on the Boxster includes 18” alloys, Auto stop/start, a universal audio interface and a 7” colour touch-screen. The Boxster S recives 19” alloys, a partial leather interior and Bi-Xenon headlights. The options list for both cars is extensive, it’s fairly effortless to rack up a few thousand euro on some choice but obligatory extras.

Prices for the Porsche Boxster commence from €64,489 whilst the Boxster S pricing starts from €77,212. Interestingly the PDK transmission variant is less expensive across both models then the six-speed manual gearbox, this is attributed to the lower VRT band placement as a result of fewer emissions, and both models are placed in tax band E. The PDK transmission takes the strain out of city driving and at the flick of a paddle shift behind the steering wheel offers driver engagement on the open road, it’s the one I’d opt for. 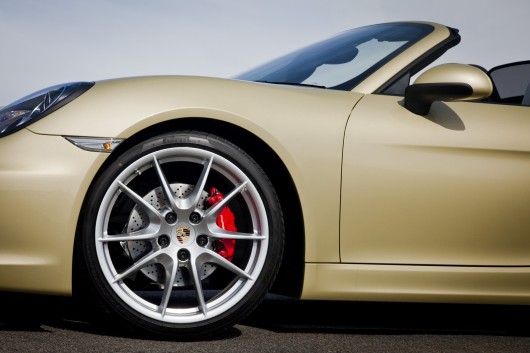 This third generation Boxster has all the traits to cement its position as the number one roadster on sale today. It does this through the combination of offering serious performance along with sublime looks and being kinder to the environment then its predecessor. Simply put it’s a cracking good car to drive, and dare I say it, it’s possibly good enough to tempt perspective 911 buyers to save a few quid and opt for a Boxster.

Worth noting for all potential purchasers, all new Boxster customers will receive a complimentary driving course to explore the potential of their car at the Porsche Experience Centre, Silverstone, UK.