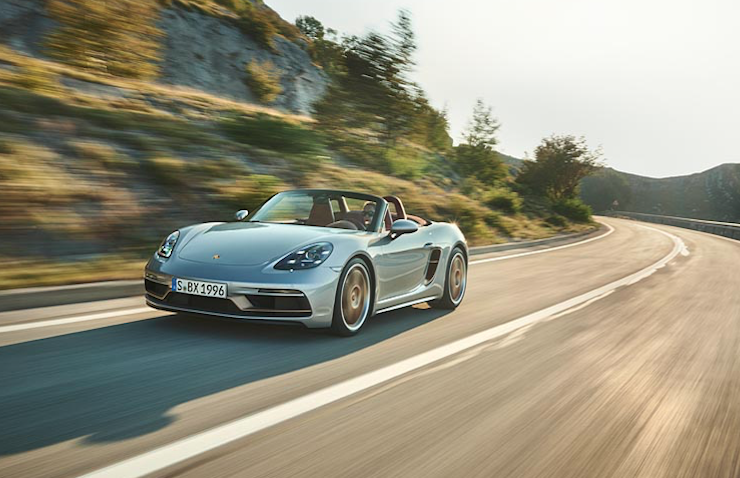 Porsche is celebrating the 25th birthday of its benchmark two-door, two-seat roadster with a special anniversary model: the Boxster 25 Years. The commemorative edition will be produced in a series of 1,250 worldwide, and is based on the GTS 4.0 model powered by a 4.0-litre flat-six ‘boxer’ engine with 400 PS.

The car incorporates a number of design features of the Boxster concept car first shown at the 1993 Detroit Motor Show and which initiated the success story of the open-top sports car. Taking its name from the combination of ‘boxer’ engine and ‘roadster’ styling, the production version launched in 1996 with hardly any changes in its visual appearance.

Over a quarter of a century, the Porsche Boxster has defined what an open-top sports car should be and core to its enduring appeal is the mid-engined layout that delivers renowned poise and balance combined with precise, agile handling. The model is now in its fourth generation and during this time, more than 357,000 have been built.

One of the most striking features of the new car is the reinterpreted colour Neodyme, a copper-like shimmering hue, which was first seen on the pioneering 1993 Detroit showpiece where it provided an exciting contrast to the GT Silver Metallic colour. For the contemporary 25 Years model, Neodyme is used to pick out the front apron, the side air intakes, the lettering and the unique design, two-tone 20-inch diameter alloy wheels. Once more, GT Silver Metallic is the highlight body colour, with Jet Black Metallic and Carrara White Metallic also available.

In keeping with the style of the historic original, the Boxster 25 Years combines a Bordeaux leather interior with a red fabric convertible top. The roof bears embossed Boxster 25 lettering. The interior and roof are also available in Black.

The high-gloss tailpipes of the sports exhaust system also catch the eye, while the windscreen surround is finished in contrasting Black. A further discreet detail is the fuel filler cap, enhanced by Porsche script from the Exclusive Design range and evocatively finished in an aluminium-like appearance.

The WLTP Combined fuel consumption of the Boxster 25 ranges between 25.9 – 28.0 mpg, equivalent to 247 – 230 g/km CO2 Combined. The special model can reach a top speed of 182 mph where permitted and, in combination with the PDK gearbox and standard Sport Chrono package, can sprint from zero to 62 mph (100 km/h) in four seconds. Other standard features include the Porsche Active Suspension Management (PASM) chassis, which offers a 10 mm lower ride height, and Porsche Torque Vectoring (PTV) with mechanical limited-slip differential. Together, these combine remarkable ride comfort with sporting, dynamic handling and responsiveness.

The new Boxster 25 Years is available to order from Porsche Centres and eliveries will follow later in the Spring. 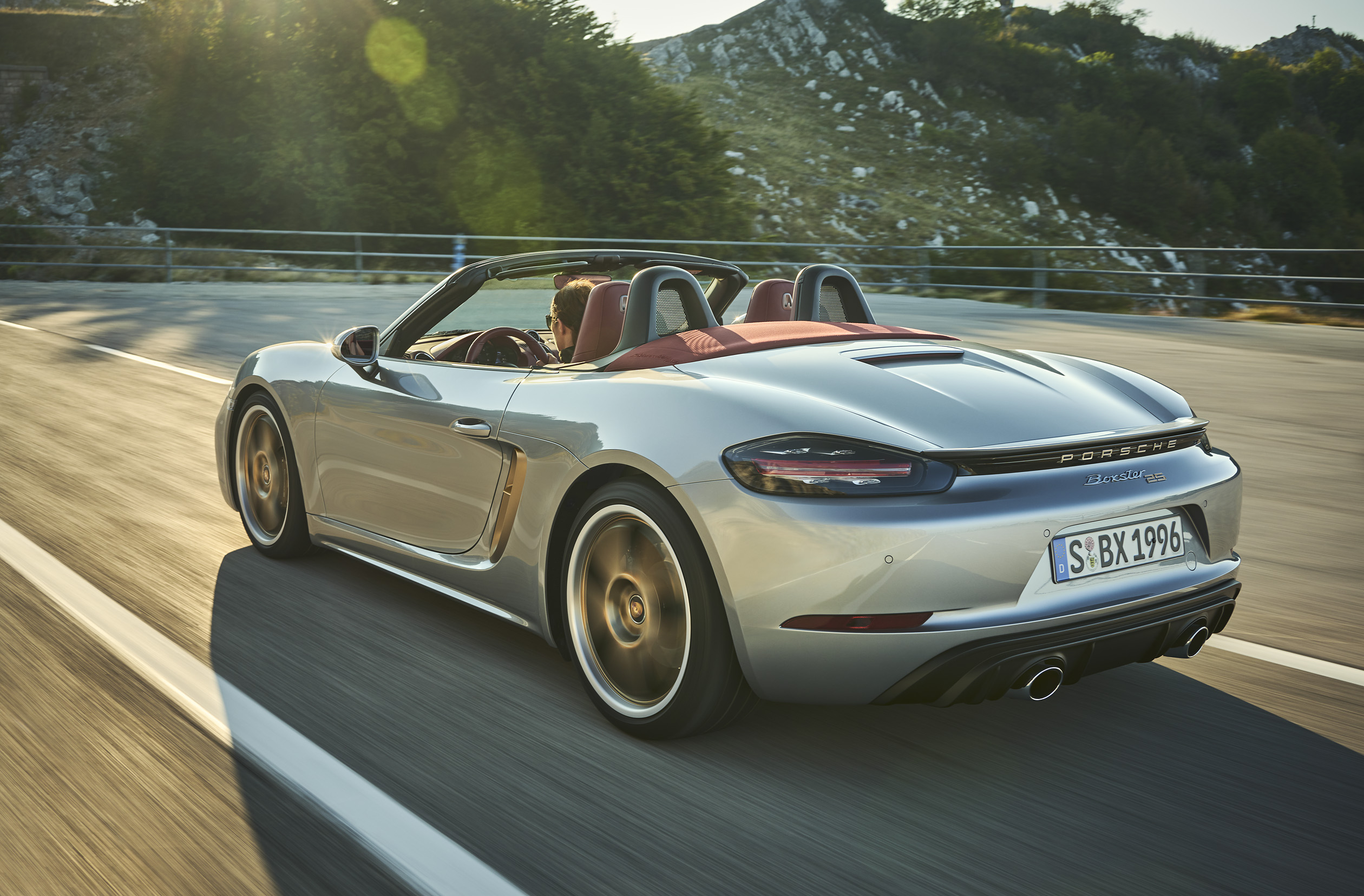