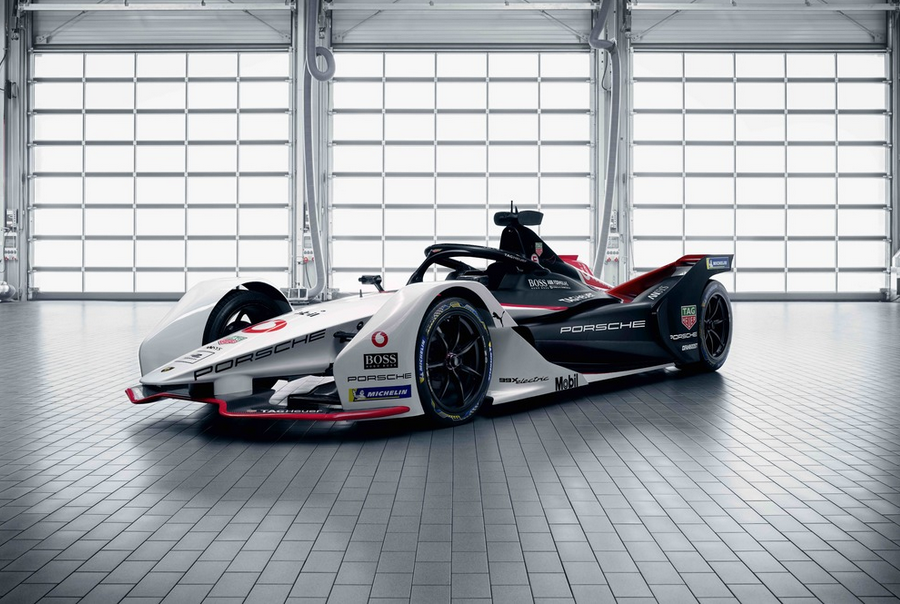 After more than 30 years, Porsche is returning to formula racing. With the Porsche 99X Electric, the company is establishing a works presence in the 2019/2020 ABB FIA Formula E Championship. The associated reorganisation of motorsport commitments is derived from the Porsche Strategy 2025 plan, in which both pure-bred GT road-going sports cars and all-electric sports cars feature. A presence, and indeed success, in motorsport with electrically powered racing cars is an important part of the company’s “Mission E” strategy.

The Porsche 99X Electric will also serve as a development platform for future all-electric production road cars. The centrepiece of this fully electric racing car is the Porsche E-Performance Powertrain, the development of which has played a central role from the start. The Formula E regulations stipulate a standard chassis and battery, while the drive technology is developed by the manufacturer.

In mid-October, the TAG Heuer Porsche Formula E Team completed three days of intensive testing on the Circuit Ricardo Tormo near Valencia. This was the first time on track with all the other teams competing in Season 6 of the ABB FIA Formula E Championship 2019/2020 and it provided valuable experience for the works team and its two regular drivers, Neel Jani and André Lotterer. The first two races for the TAG Heuer Porsche Formula E Team take place at the Diriyah E-Prix on the outskirts of Riyadh (Saudi Arabia) on 22 and 23 November 2019.