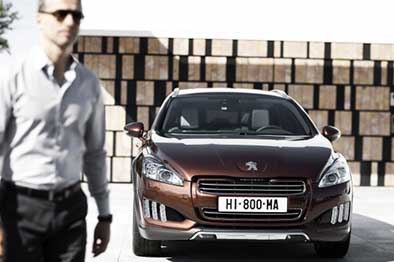 The 3008 Crossover HYbrid4, to be launched later in a matter of weeks, is the first diesel-electric hybrid vehicle in the world. Its 2.0 HDi FAP 163bhp diesel engine drives the front wheels and is matched to a 37bhp electric motor on the rear axle, to give four-wheel drive capabilities, a maximum output of 200bhp, a Zero Emissions Vehicle mode, and an average fuel consumption of 74.3 mpg (3.8 litres / 100km) with 99 g/km CO2. These consumption figures represent a decrease of 35% compared to an internal combustion engine with a similar power output.

The 508 RXH is the third model in the accomplished 508 range. Hinting at its all-road capability, the 508 RXH is wider and higher than the 508 SW, sporting 18″ wheels, flared wings, a distinctive front end and new daytime running headlights. Due for launch in Spring 2012, a year after the launch of the 508, the 508 RXH will be the marque’s second model to receive its diesel-electric hybrid power plant. With a combined output of 200bhp from its 2.0 HDi FAP diesel engine and electric motor, the 508 RXH boasts exceptional fuel economy (67.2 mpg / 4.2 l/100km in the Combined Drive Cycle), and CO2 of 109 g/km. 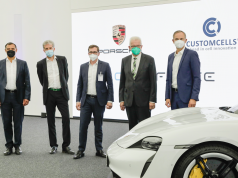