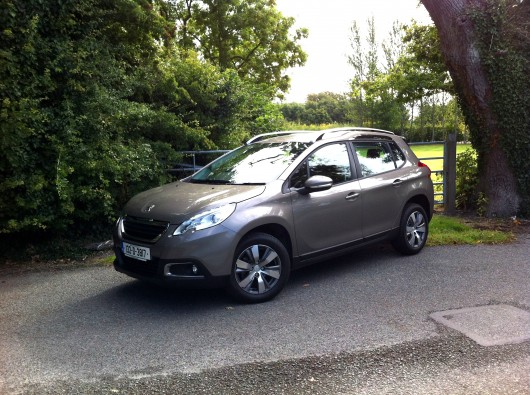 Last year Peugeot set out about creating a vehicle that has the driving characteristics of a hatchback with the strengths of an SUV. It was named the 2008 and today there are three models available in Ireland called the Access, Active and the Allure. Each have various horsepower offerings and different gear box options and my test vehicle for the week is the 1.2 VTI Active model which is an 82bhp 3-cylinder block mated to a five speed manual transmission. Later in the year this 1.2 litre will be turbocharged to 110bhp which is the same engine powering many a 208. It has been a while since I have driven anything from the French manufacturer but my first impressions are good. The 2008 looks fantastic adopting all the family traits and using them well to make a handsome Crossover. The LED daytime running lights are framed nicely inside the signature headlights and the floating grille gives the nose a cute but yet robust look. Looking down the side of the 2008, it’s not as big as some of the press images led me to think but at 4.16m in length and 1.74m wide its adequate to be still called a Crossover. To the rear you get a decent size tailgate that opens to reveal 360 litters of boot space and with the seats folded forward you get 1194 liters of ample storage. The roof bars are standard on all models and a welcome addition for those that want to attach a roof box. 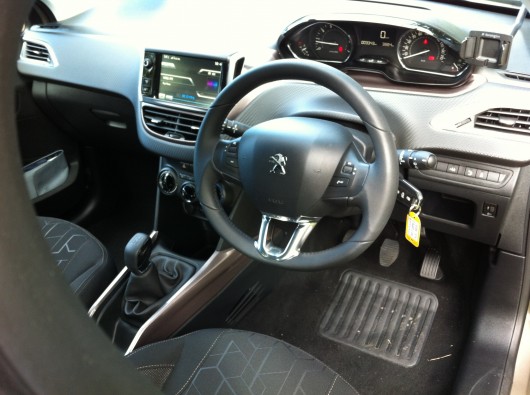 Inside the 2008 is suitably appointed with everything you have come to expect from a modern family car. The first thing I noticed was the size of the steering wheel, which is almost Playstation like. It feels superb and gives the driver a real sense of space with more of the dashboard visible. Positioned firmly in the centre of the dash is the 7-inch colour touch screen that allows you flick between various audio feeds, pair your phone with ease and view your parking sensor distance in that tricky situation. The seats are multi adjustable and it wasn’t long before I had my driving position set. When I turned the engine over for the first time there was no mistaking it was a three cylinder with that unique sound that has now become familiar to most motoring journalists. The 2008 naturally revs a little harder in the low rpm range but the 1.2 provides adequate pulling power as you get out onto the open road. Gear changes are smooth and the clutch is effortlessly light around city traffic. Over my week with the Peugeot I had a chance to sample both some demanding B roads and motorway as I commuted to Fintona in County Tyrone for a meeting. My 192km route to Fintona took me from Dublin onto the M1 and out as far as Ardee at which point I turned off and traveled straight to Monaghan, Aughnacloy before veering off the Omagh road for some challenging back roads to Fintona. On the motorway the 2008 was fine but on some of the real challenging B roads I found myself working the gearbox to keep momentum. The 1.2 will definitely benefit from turbocharging, which will be later this year. 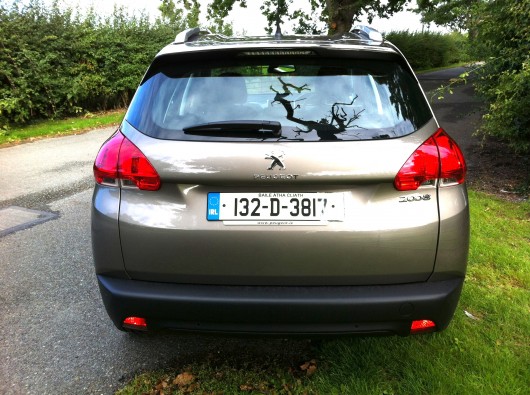 Overall I found the 2008 a decent car to live with for the week. Personally I would be opting for the 1.4 Hdi or 1.6 Hdi model, which will afford you a little more torque. My colleague Ian Beatty has driven the 1.6 Hdi with 115bhp and clearly stated it is the compact Crossover to have right now. Indeed Peugeot have predicted that 70% of all models to be sold will be diesel but this could change with the turbo petrol options later in the year. As of June over 32,000 units have been sold with Peugeot Ireland hoping to sell 300 units in 2014. This would give them 10% of B SUV segment. We think its certainly achievable and urge you to test one from your nearest dealer today.