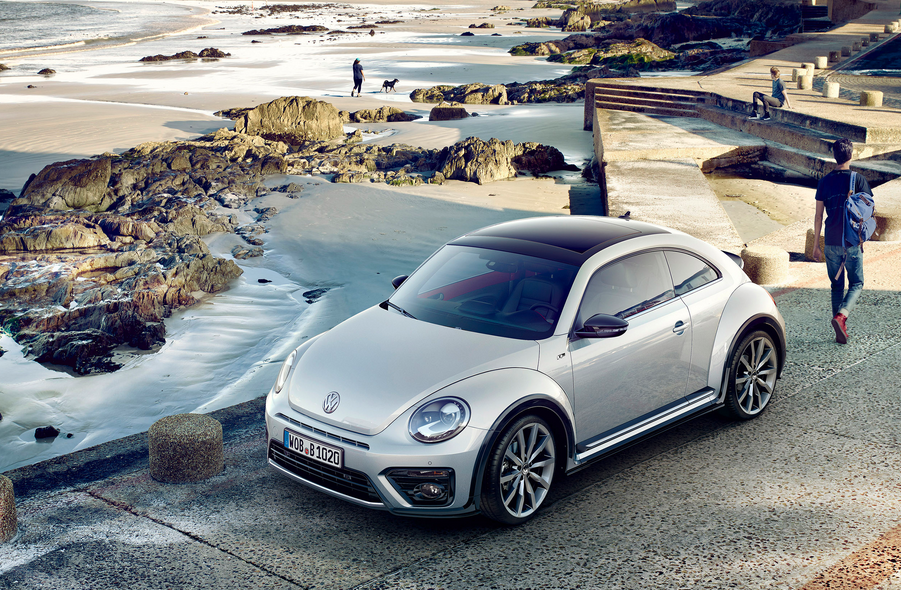 Sad news for Beetle lovers and Volkswagen announce the end of an era. It was shortly after the first post-war Christmas 1945 that the first of the Volkswagen Type 1 – the model which, as the Beetle, would subsequently be sold more than 21 million times – rolled off the production line. By the end of the Second World War in 1945, just 630 of the People’s Car known as the ‘KdF-Wagen’ had been built. The state-of-the-art factory in what was to become the present-day Wolfsburg, built specially to make the vehicle, was integrated into Germany’s wartime armaments industry, producing mainly military goods. US troops occupied the site on 11th April 1945. In June 1945, the British Military Government took over trusteeship of the factory with its workforce of some 6,000 people.

On 22nd August 1945, the recently appointed 29-year-old Senior Resident Officer Major Ivan Hirst acquired an initial order for 20,000 Saloons, thereby providing the factory and its workforce with a future, and avoiding the threat of decommissioning and dismantling. The vehicles were intended mainly for use by the occupying Allies, but also to help provide health-care services in rural areas. Production mostly remained stuck at around 1,000 cars a month through 1946/47. It was only after the currency reform in June 1948 that significant numbers of private buyers emerged. The Beetle was a crucial factor in the development of democracy and mobility in post-war Germany, and subsequently found a home in many other countries, acting as an essential ambassador in promoting a positive image of Germany. 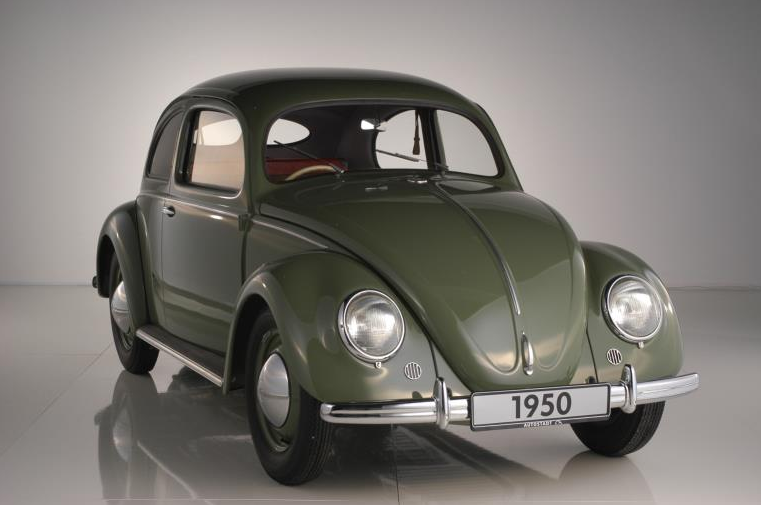 Here in Ireland, the Beetle was assembled from 1950 to 1977 and was priced at £465 when it first went on sale. A deal was struck in 1949 when Motor Distributors Limited, founded by Stephen O’Flaherty secured the franchise – with the agreement eventually signed off on June 22nd 1950. And on the 7th of September 1950, the Irish Press announced that “the ‘People’s Car’ or Volkswagen to be assembled in Dublin from the end of this present month.” It went on to add that “so far it has not been possible to determine the exact retail price but it is expected to be in the region of £450.” It would go on sale at £465.

The first consignment of cars was delivered in Dublin in October 1950 and The Irish Independent on Tuesday, October 31st 1950 reported that “The agreement with the Irish company for assembling outside Germany is the first of its kind the German firm has made in its foreign sales.” After the first shipment of 24 vehicles, another 24 were shipped in November of that month. Stephen O’Flaherty had bought a former tram depot on the Shelbourne Road in Dublin. From an output of 46 units in 1950 to 2,155 in 1952, the assembly business outgrew the Shelbourne Road premises and in 1955 was transferred to a new factory on Dublin’s Naas Road. Assembly continued in Ireland until 1974, when fully built-up units started to arrive. The Beetle averaged 3,000-4,000 units per year for most of the 30 years it was on sale, reaching its highest figure of 5,288 in 1972. Production at the original Beetle’s last manufacturing location in Puebla, Mexico, was discontinued at the end of July 2003. With over 21 million vehicles built, the Beetle had become an automotive icon, loved by many millions of people. Its characteristic shape is recognised everywhere. 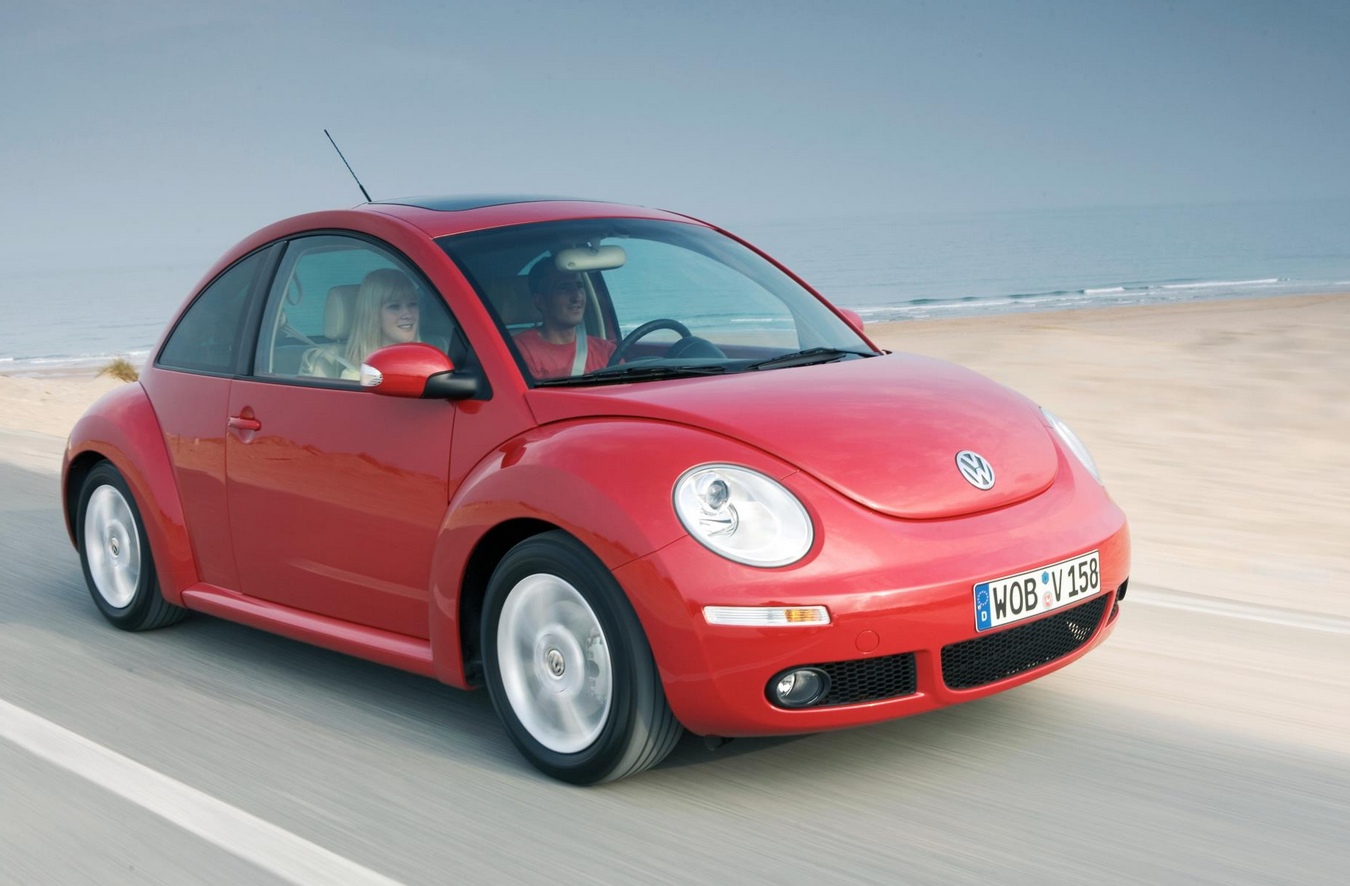 With the Concept One study designed by the Californian studio Simi Valley and presented at the North American International Auto Show in Detroit in January 1994, Volkswagen gave the first glimpse of a new age Beetle. Hartmut Warkuß, at that time Chief Designer of the Volkswagen Group, said: “This was probably a unique opportunity to reinterpret a form that had survived for more than half a century.” The Concept One gave rise to a new Beatlemania. In 1998, the New Beetle was finally launched. Many fans were pleased to note that it had a flower vase, round headlights and a round instrument cluster. The silhouette could be sketched with three semicircles: front wing, rear wing and roof line.

In January 1998, The Sunday Independent reported that the “Beetle is back in business more than 60 years after Volkswagen put the original on sale. It should reach Irish showrooms late this year, or early 1999, and the word is the starting price here will be around £17,000.” Such was the demand for the car at the time; the distributor at the time imported a number of left-hand drive example. This new car was the start of a new chapter for the Beetle and the ‘New Beetle’ as it was known sold in Ireland from 1999 to 2011. 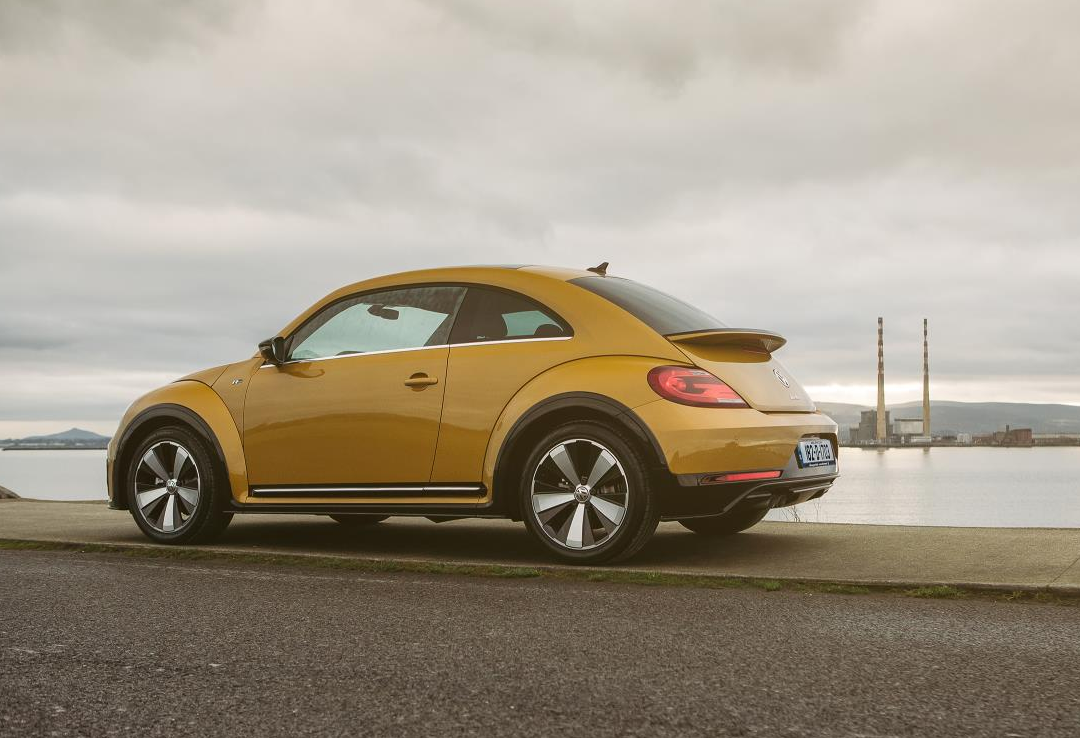 In a transcontinental premiere, Volkswagen unveiled the latest Beetle simultaneously in Shanghai, Berlin and New York in 2011. The designers had consistently followed their briefing to “design a new original”. In contrast to the New Beetle of 1998, the silhouette of the original Beetle was more strongly emphasised. Typical design features of the Beetle and the New Beetle – such as the round headlights, exposed wings and the shape of the bonnet and door sills, were of course retained.

Production of the Beetle has now ceased, but there is still a chance for some Irish buyers to get their hands on the model before it’s too late, with a limited supply across Volkswagen retailers – priced from €25,350. The Beetle Design is available with a 105 hp 1.2-litre TSI petrol engine with either a six-speed manual or 7-speed DSG. Alternatively, buyers can choose a 2.0-litre TDI with 110 hp with a five-speed manual or seven-speed DSG. The Beetle R-Line is available with more powerful engines. The petrol offering is a 1.4-litre TSI putting out 150 hp via a 6-speed manual or 7-speed DSG. Moreover, the 2.0-litre TDI diesel in the R-Line version puts out 150hp. Prices for the R-Line specification start from €30,395.

For more information – check out www.volkswagen.ie