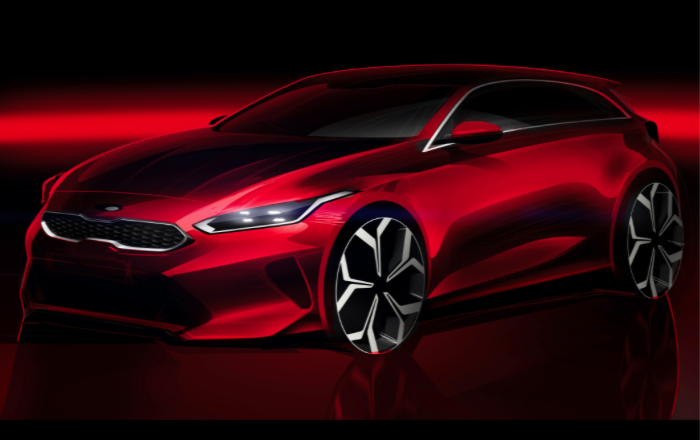 The new Kia Ceed will make its public debut at the 2018 Geneva International Motor Show. The Ceed five-door hatchback is due to be unveiled in Geneva alongside a second member of the new Ceed family. Designed, developed, engineered and built in Europe, the third-generation Ceed features innovative new technologies and engines, a mature and athletic new design, and a more engaging drive.

The new Kia Ceed has been designed at the brand’s European design centre in Frankfurt, Germany. Inspired by the fastback design of the Stinger, the new Ceed conveys a more self-confident new look. Engineered exclusively for use on European roads, the ride and handling characteristics of the new model elevate the Ceed over its predecessor in terms of dynamism, driver engagement and refinement.

The new model also adopts a revised name – cee’d becomes Ceed, consolidating its reputation as a car for the Community of Europe, with European Design. The new Kia Ceed goes on sale exclusively across Europe during Q2 2018.