Godzilla, the “King of Monsters” is one of the cinematic universe’s ultimate ‘antiheroes’.  A huge, infinitely powerful creature spawned by an atomic blast. Originally a metaphor for post-war Japan but in time it has gone on to become much more. Godzilla is one of Japans greatest exports; a symbol of the strength and the uniqueness associated with Japanese subculture.  Fitting so, that Nissan’s GT-R badged cars are often lovingly referred to by the same name. 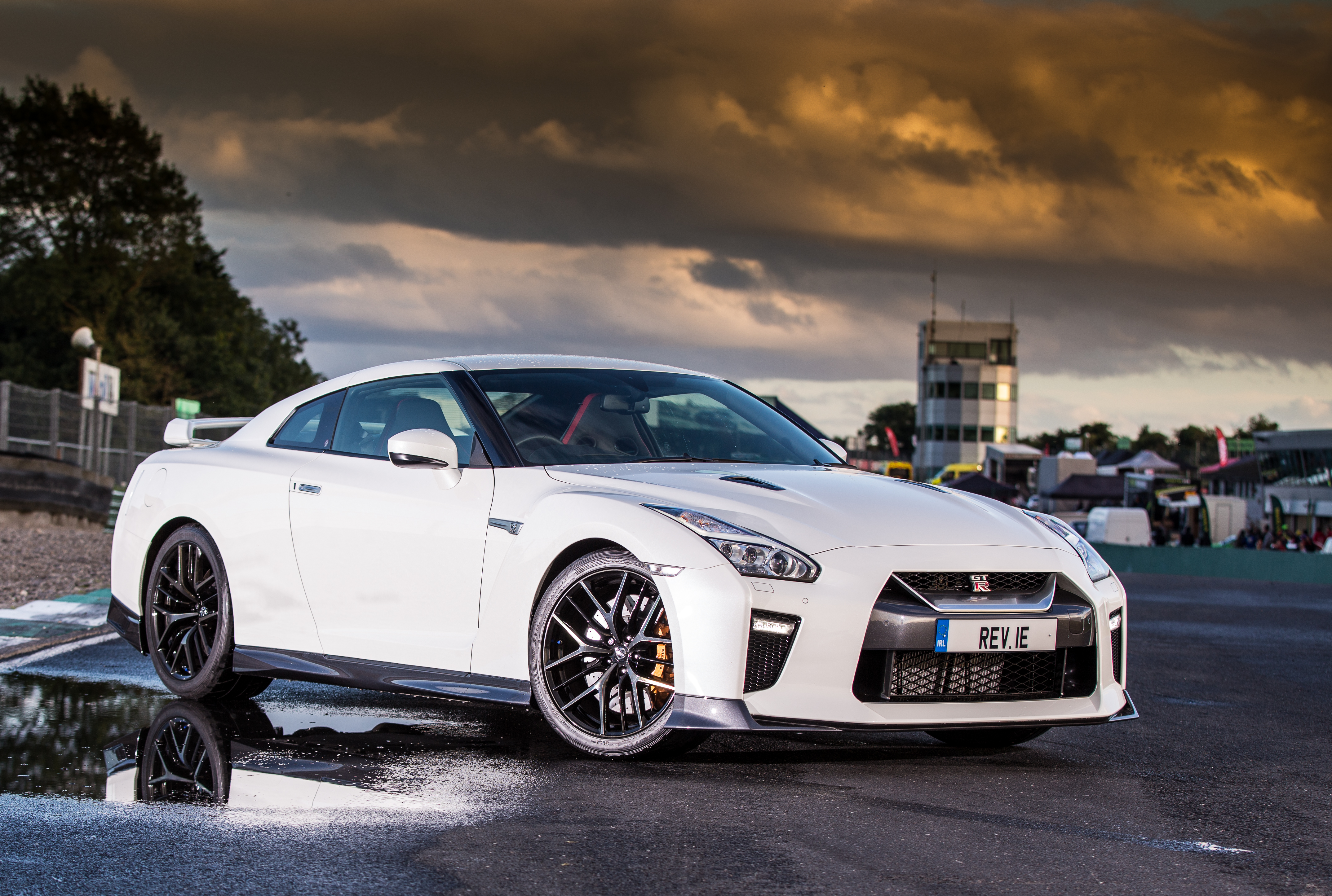 Almost a decade has passed since the launch of the GT-R; now Nissan have given their infamous supercar slayer its most comprehensive update yet, in the form of the MY17 model. There was never really any doubt about the shock and awe capabilities of the GT-R. The first GT-R models had the “R” element down to a tee. With 480bhp, on a track there were few road cars that could compete with its performance. However the “GT” aspect of their name was often called into question. At low speeds they were renowned for being a little bit awkward, while many felt the ride could be more comfortable on long cruising drives. While Godzilla was more than capable of taking on its European rivals on the circuit, it was never as refined as an R8 or a 911 when it came to everyday use. Nissan had their mandate for the MY17 model. Basically, Godzilla has been to finishing school and on his way back he paid a mandatory visit to the tuning shop! 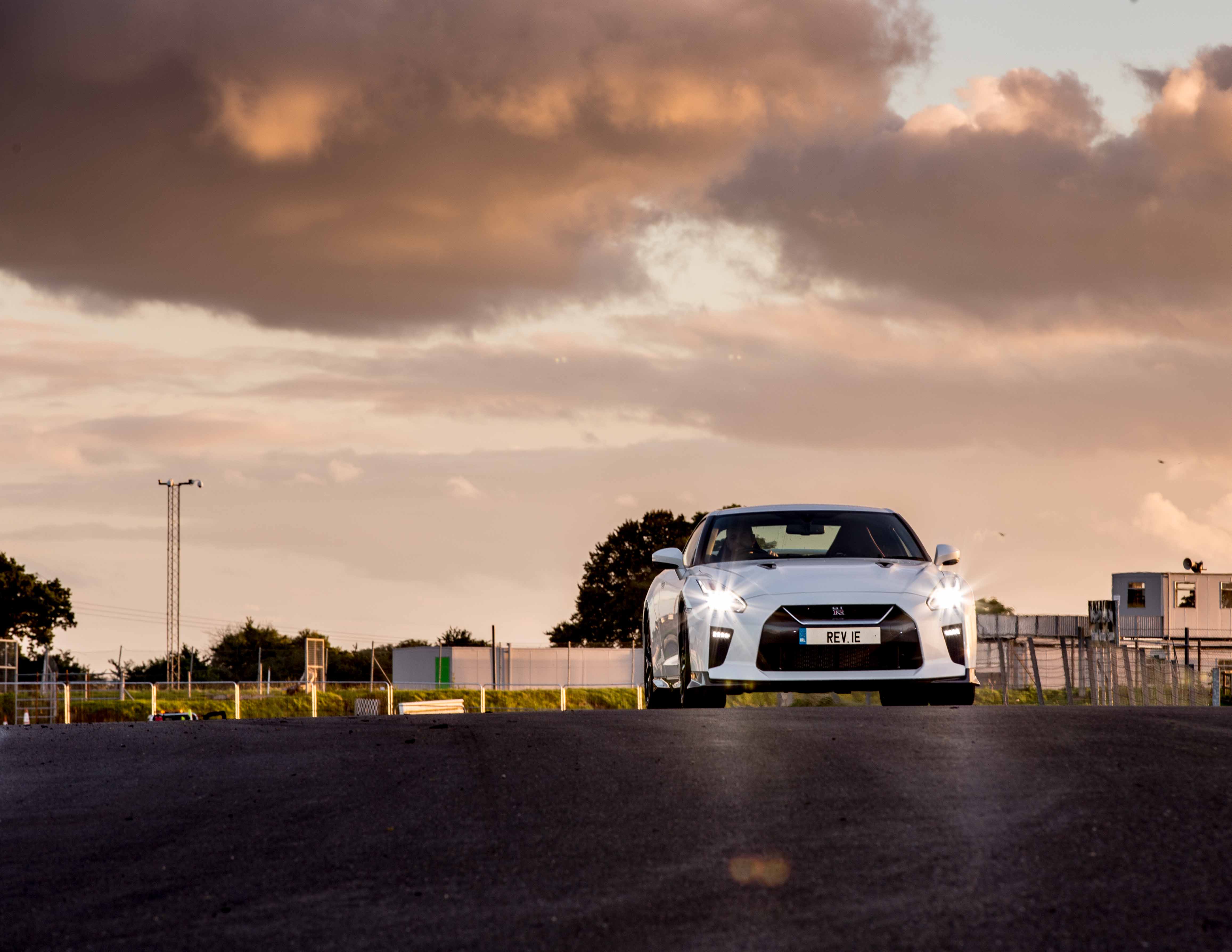 The cabin of this latest incarnation is without doubt a plusher and more modern space. The carbon fibre transmission tunnel and trim are really well finished. A new 8” touchscreen has been added and the introduction of a rotary dial makes the centre console less cluttered by bringing the button count down from 27 to 11. The shift paddles are now attached to the steering wheel, not the column. The GT-R is available in three trim levels; though essentially the only difference between each is the fit and finish of the interior. My test car was the “GT-R Pure” which came equipped with black leather and alcantara seats and interior. The next step up is the “GT-R Recaro” which believe it or not comes with “Recaro” seats in black and red while the range topping “GT-R Prestige”  introduces an additional level of comfort with leather ‘touring’ seats in a choice of 4 colours. The new Track Edition and Nismo versions will be joining the party over the coming months. 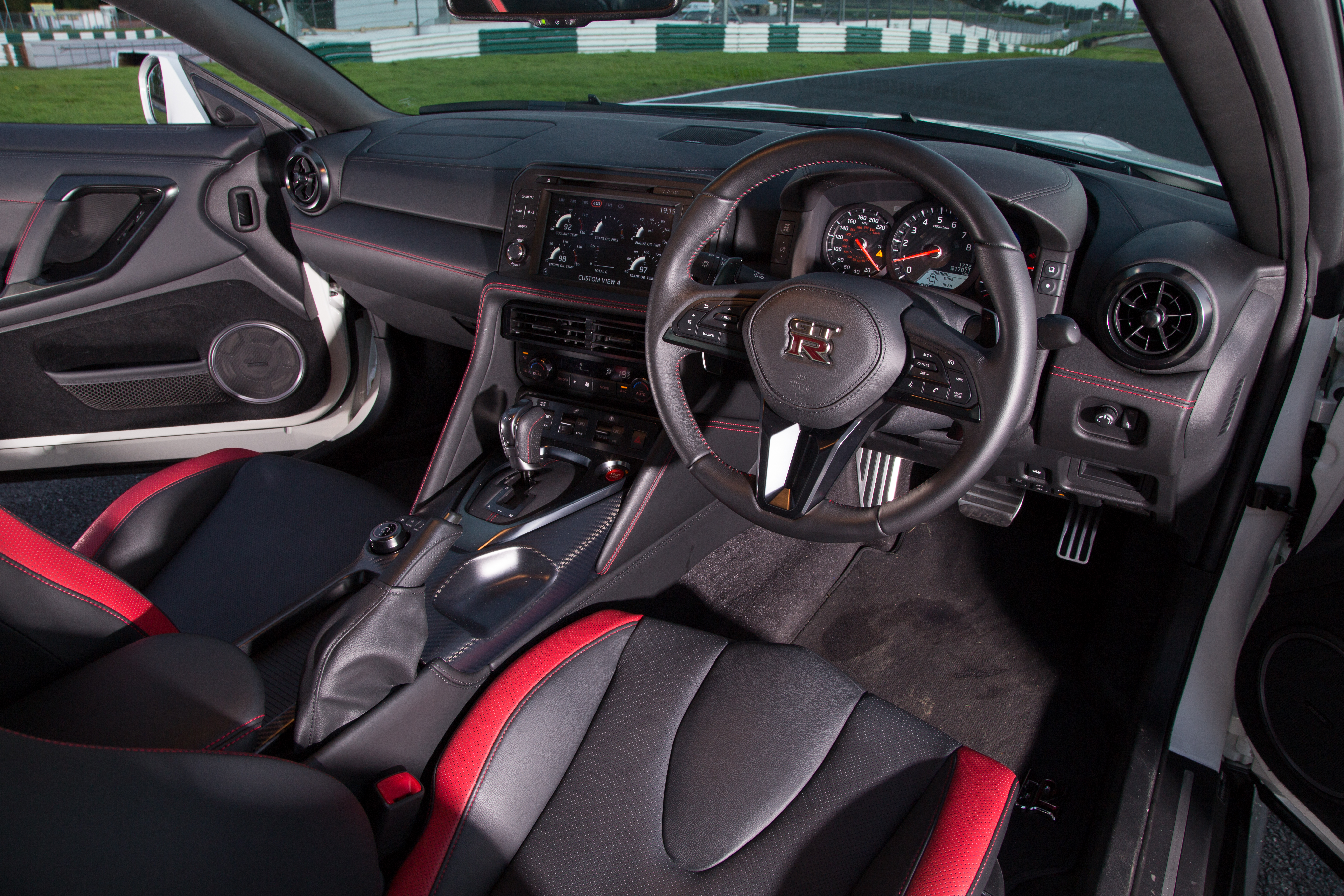 The exterior has seen a few changes as well. Much like it namesake, the GT-R wouldn’t ever have been considered ‘dainty’, but the new tweaks make for an even more aggressive presence. The changes to the front grille increase air intake meaning that updates have a practical purpose too. The bonnet and ‘A’ pillars are now constructed using lighter yet stronger materials. This not only saves weight but also helps the aerodynamic witchcraft of the bonnet remain true at very high speeds. The 2017 GT-R is now stiffer, has less drag, more downforce, better cooling and most importantly more power. The familiar 3.8L V6 Twin Turbo engine (VR38DETT) produces 562bhp, thanks to an increase in boost pressure and a new ignition timing system which was lifted from the previous incarnation of NISMO GT-R. There is a new Titanium exhaust system, and underneath the car is a NACA on the under tray to help guide cool air towards the silencer. 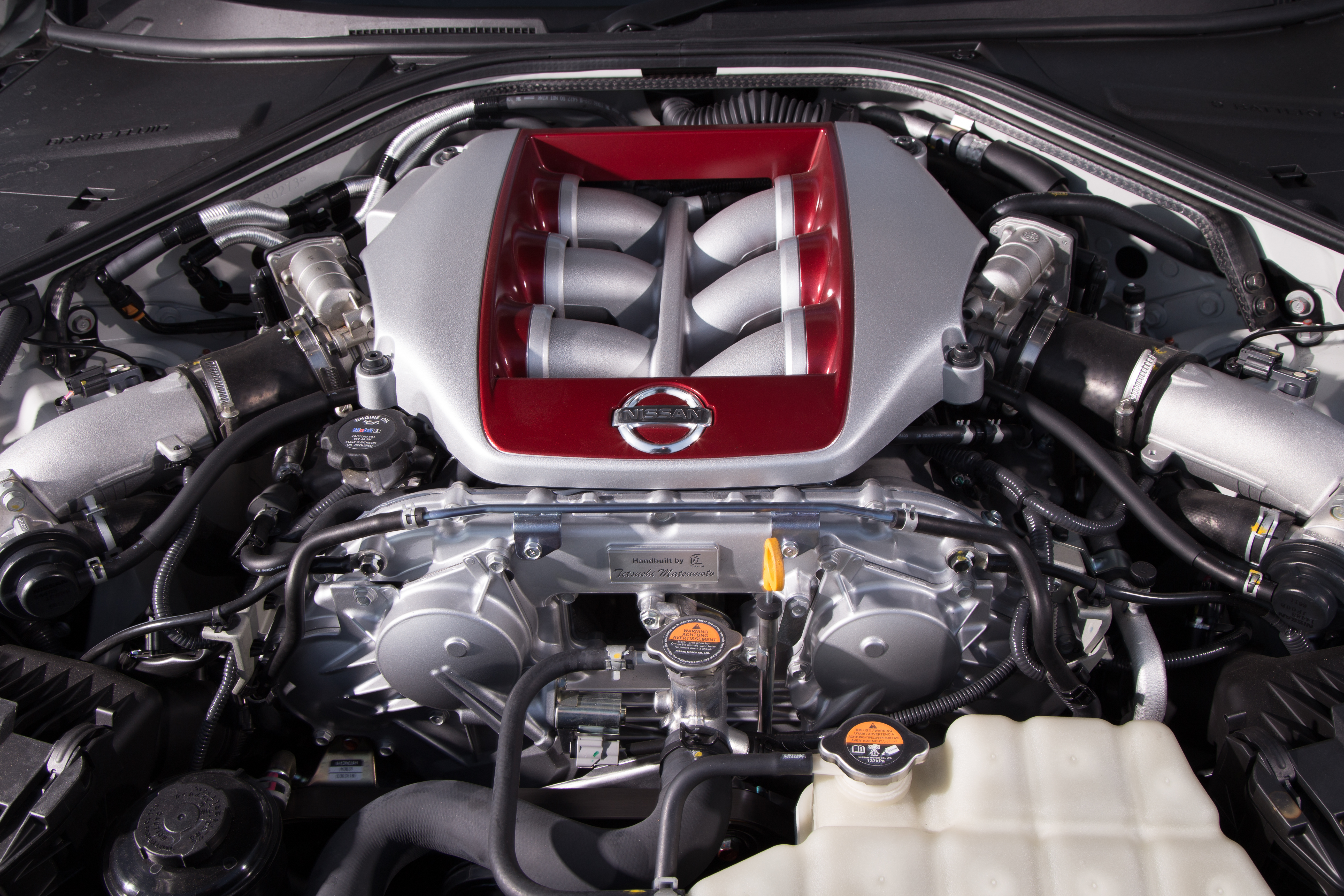 It certainly still accelerates like a GT-R too. At the top of the rev-range, the GT-R keeps the power coming until all the rev-limiter lights are illuminated. Overtakes have never been so easy. It’ll reach 100kmph in 2.7 seconds and continue all the way to 317kmph (197mph). Plant your right foot and you can literally feel your organs move; Godzilla’s acceleration falls into superbike territory. This new GT-R is definitely more suitable for everyday use and therefore is a probably a more honest GT car. It’s nowhere near as loud at around-the-town speeds; which is actually quite disappointing. However, once you open up the throttle a bit, the V6 finds its voice. Nissan have also added a button which supposedly quietens the exhaust notes when you’re driving through a residential area; but I couldn’t notice any difference whatsoever. 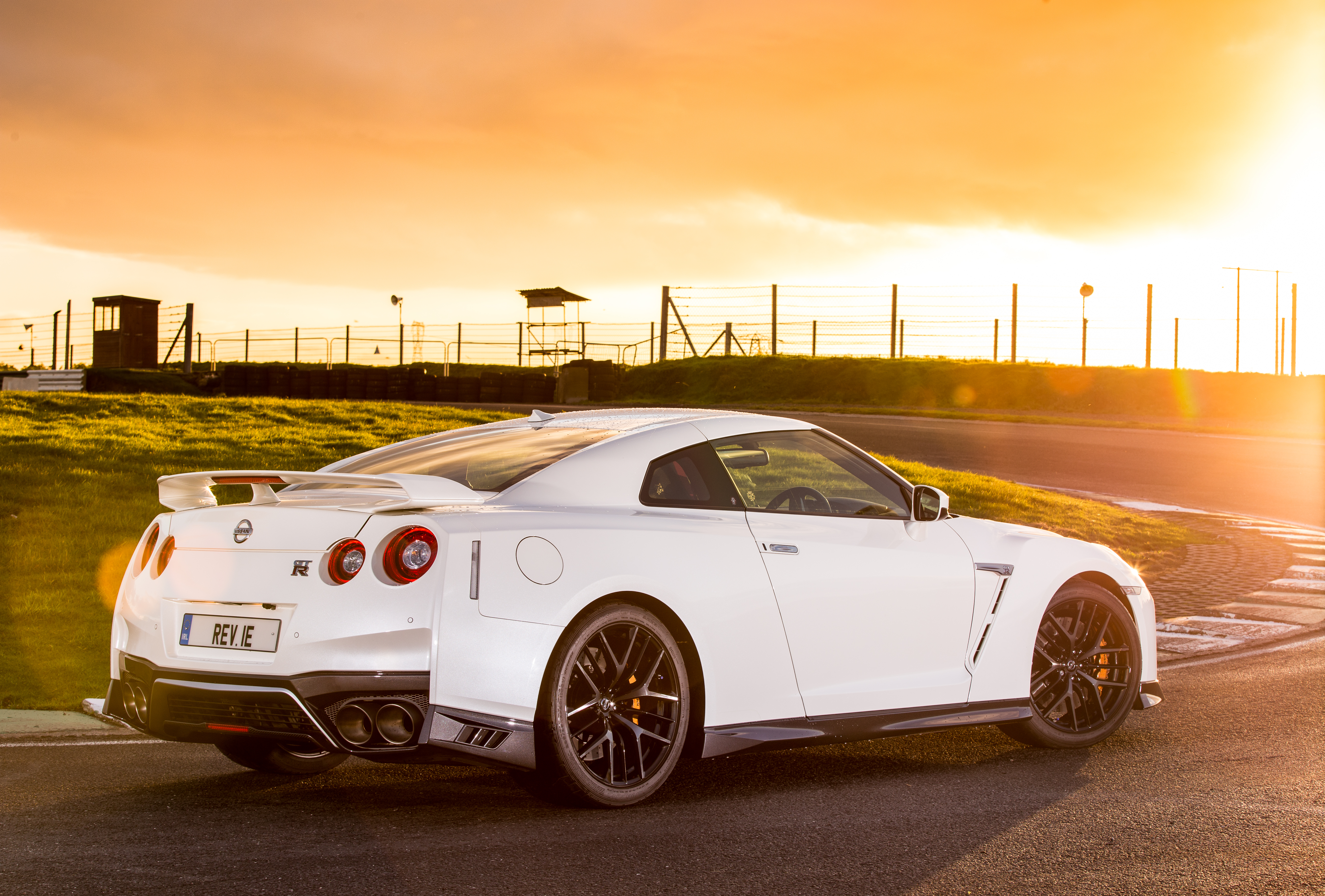 This Godzilla is as capable of devouring any stretch of road in about the same length of time it would take its namesake to get through a couple of Japanese infantry battalions. However, purists will tell you that the MY17 version’s handling is nowhere near as aggressive as before and they’re probably right. If anything, the GT-R sole flaw is that it at times appears too tame. Behind it all of course it’s not, it has the incredible ability to switch from being a very comfortable and practical sports car to tarmac munching monster.

One notable indication that the standard MY17 GT-R has shifted its focus, is that it felt like the R setting could now be used when driving really hard on the road. Previously that would have been unthinkable, with the normal setting being plenty firm enough and the R setting really only usable on a track. 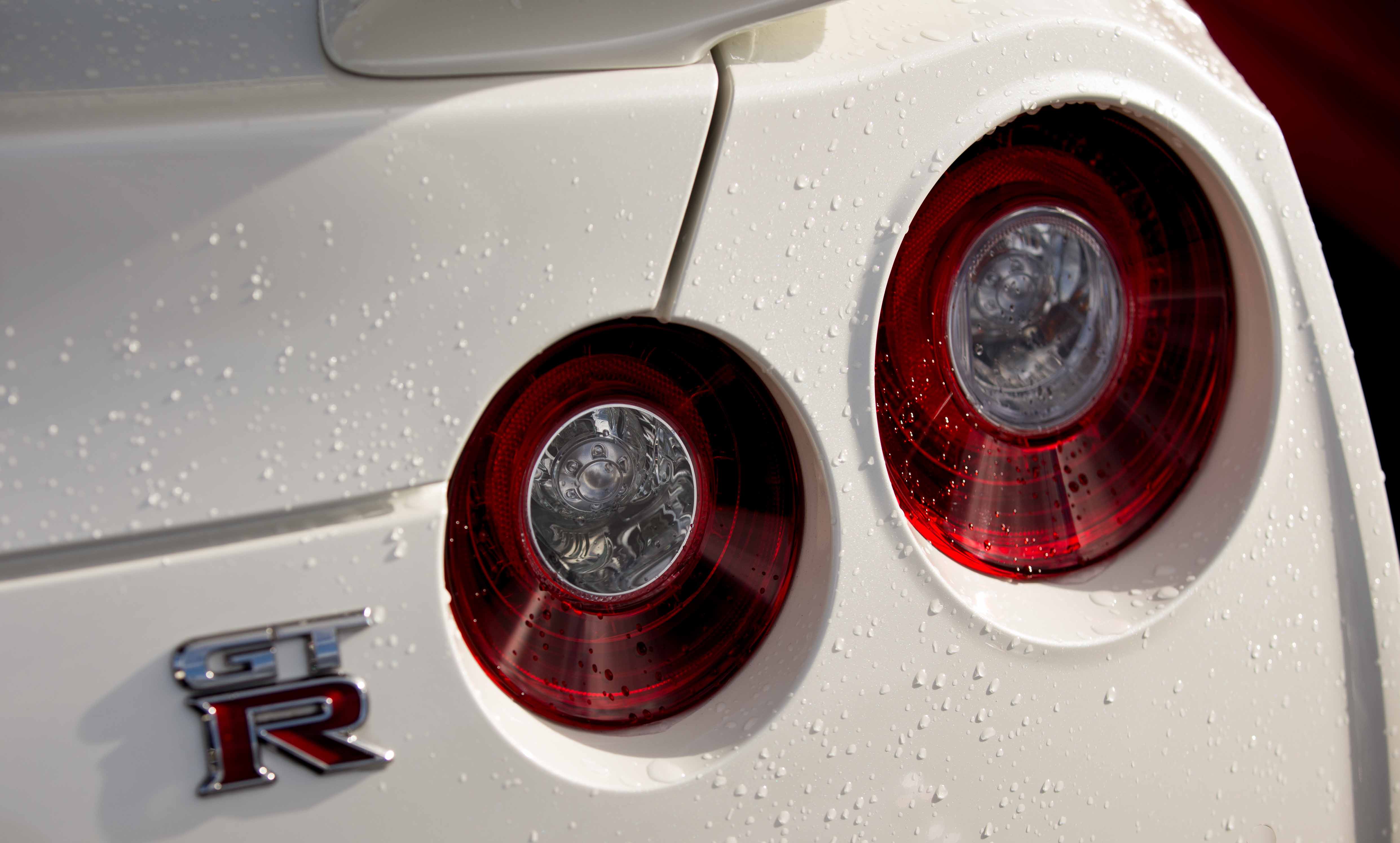 The new MY17 GT-R is a really well polished car and is a much easier car to live with. It’s astonishingly quick and yet it retains the comfort and ease of use required for daily driving. It’ll be interesting to see what the new Track Edition and Nismo models will be like. I’d expect the Track Edition GT-R to go some way towards bridging the gap between the relative “sensibility” of the standard model and the utter madness of the full on Nismo spec GT-R. If that is the case, then Nissan cleverly in ensured that the GT-R will appeal to a whole new range of potential owners. This new GT-R has the potential to attract customers who may traditionally have failed to look beyond 911’s or Vantage’s, while still keeping the Godzilla purists more than satisfied.

The MY17 GT-R isn’t available in through Nissan dealers in the Republic, instead interested parties will have to spin up to Charles Hurst Nissan in Belfast if they wish to make a purchase. Pricing starts at £79,995 for the Pure spec GT-R but of course those lovely folk in Revenue will be looking for their cut so by the time you’ll have a new GT-R on Irish plates you can expect to have parted for approximately €130k. 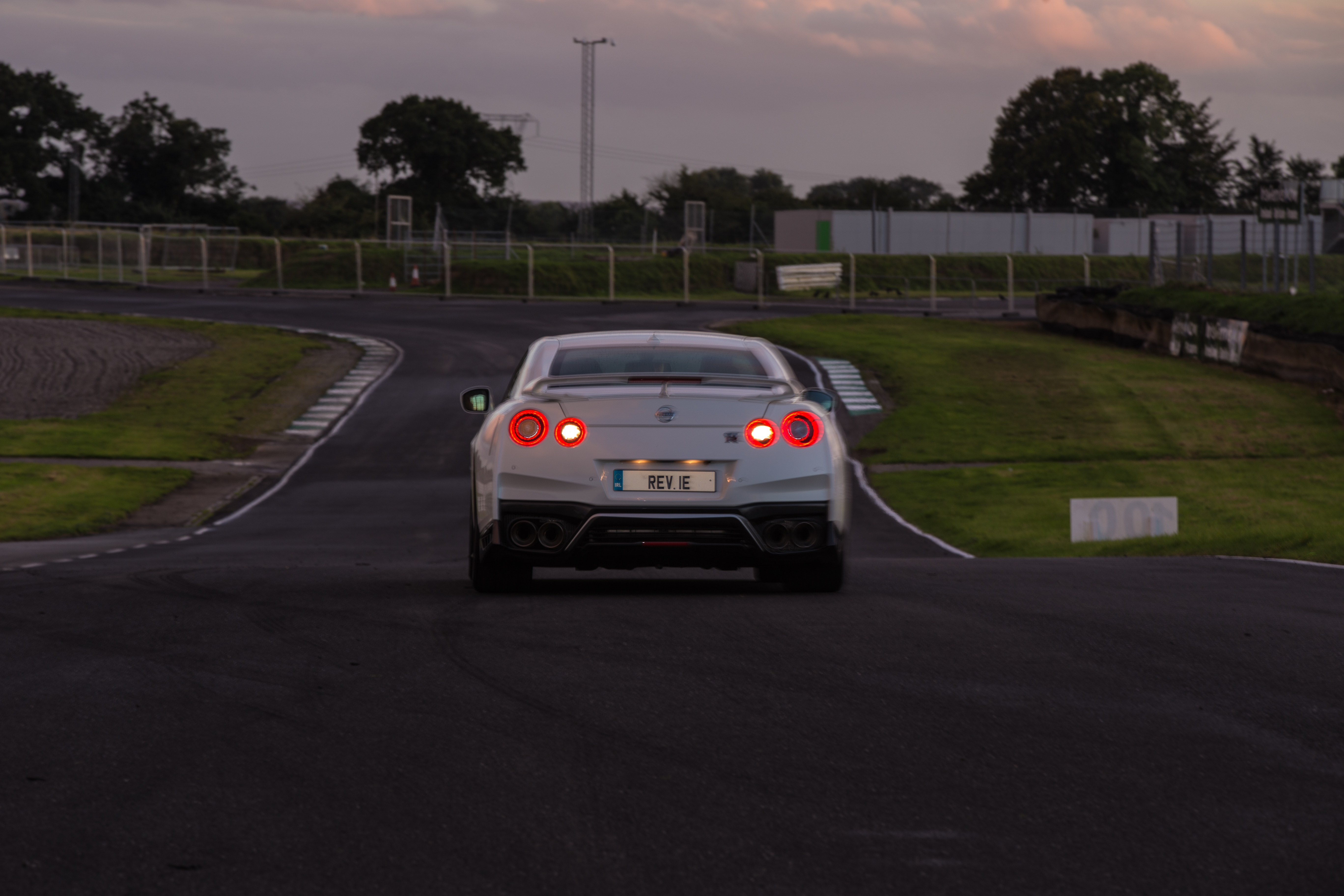