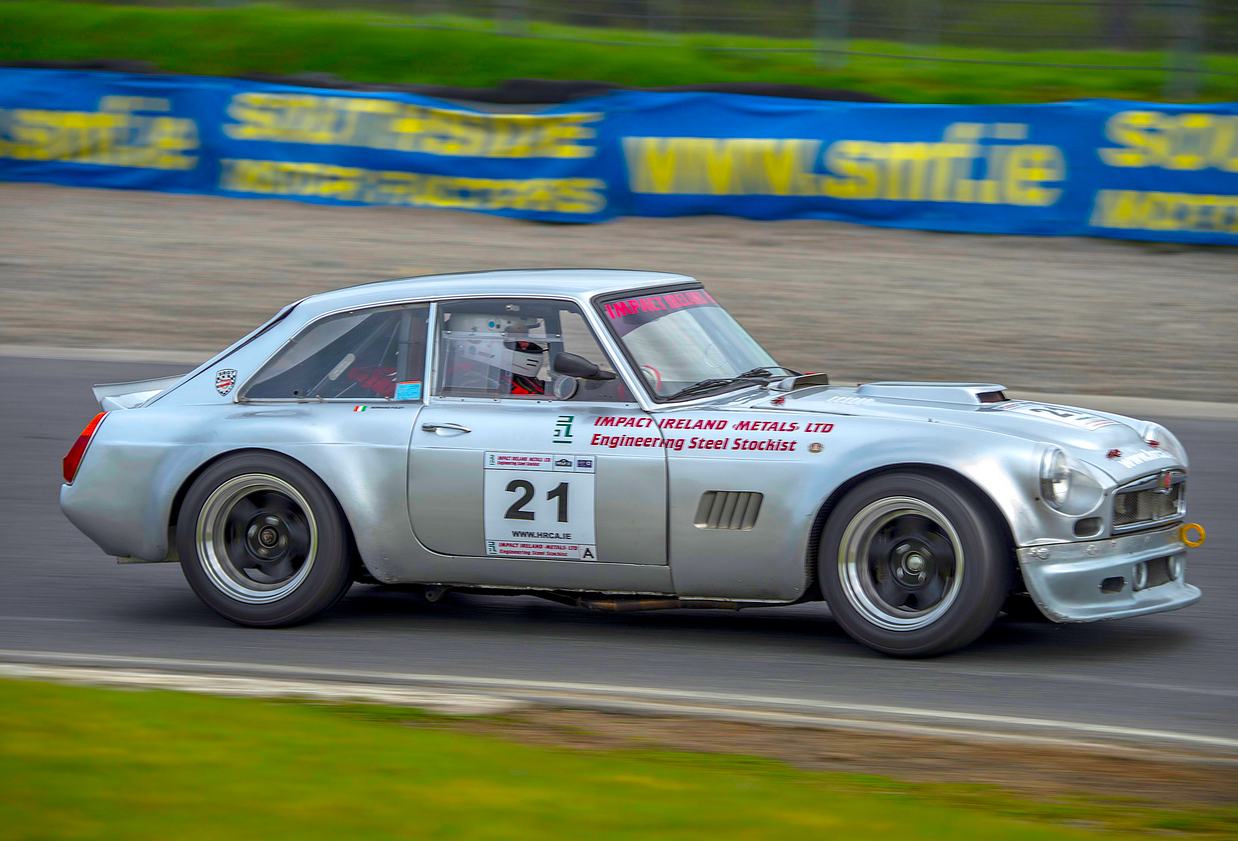 Mondello Park will roll back the years on Sunday August 27th as the circuit hosts its first ever Historic Racing Festival, as part of Heritage Week 2017. The County Kildare venue will offer visitors a taste of yesteryear as it celebrates its rich history, featuring the finest in vintage Motorcycle and Car racing, as well as hosting a classic aviation display, both in the air and on the ground. Leading Sunday’s Air Display, which is scheduled for 14:00, will be the famous De Havilland DH84 Dragonfly EI-ABI, Aer-Lingus’s first ever plane. This momentous piece of Irish aviation history will be accompanied on a fly-over by three Irish Air Corps liveried De Havilland Chipmunk planes, and the beloved “Spirit of Tipperary” Boeing Stearman 75.

On track the event is set to feature a whole host of racing action. The Motorcycle Race programme will be headlined by two rounds of the ‘Classic Bike Racing Ireland’ championship with a full grid of thirty classic machines. Running alongside the older Classics will be a pair of races for the more modern ‘Classic Superbike Championship’ machinery. The four wheeled entertainment will be courtesy of the Historic Racing Car Association, whose ‘HRCA Historics’ Championship, for 60’s and 70’s Saloons and Sportscars, will be joined by races for the more vintage Pre ’55 series.

Alongside the track activities, displays of Classic Cars, Motorcycles and even Classic Planes, will provide visitors with the chance to get up close and personal with some of Ireland’s most beautiful and historic vehicles. The Mondello Park Museum of Motorsport will be open to visitors, allowing free access to this unique collection of rare machinery. The Museum collection encompasses historic vehicles from Saloon and Sportscar racing as well as a collection of Formula One cars, including an example of a Benetton B186, the car which gave the team their first Grand Prix victory in Mexico in 1986.

The Mondello Park facility has served the Irish motoring community since 1968 and in that time it has developed an illustrious history, which it hopes to give visitors a taste of on August 27th. “We’re delighted to be revisiting our roots in the local Kildare community and celebrating the history of motor racing at what remains as Ireland’s only international race circuit”, explained Roddy Greene, Mondello Park General Manager. “Our Historic Racing Festival is a tribute to the community that has supported us from the very beginning. As part of National Heritage Week 2017, we feel it’s important to recognise the contribution of the people of Kildare in shaping the story of Mondello Park.”

While standard admission to Sunday’s event is €15.00 for adults with under sixteen’s admitted free of charge, anyone arriving in a Classic Car or on a Classic Motorcycle will be admitted for just €10.00. Tickets are also available to purchase on-line at discounted prices, via the Mondello Park website, www.mondellopark.ie., where all of the event information including the timetable can be found. To keep up with the latest on the Historic Racing Festival make sure to follow Mondello Park on Facebook and Twitter.