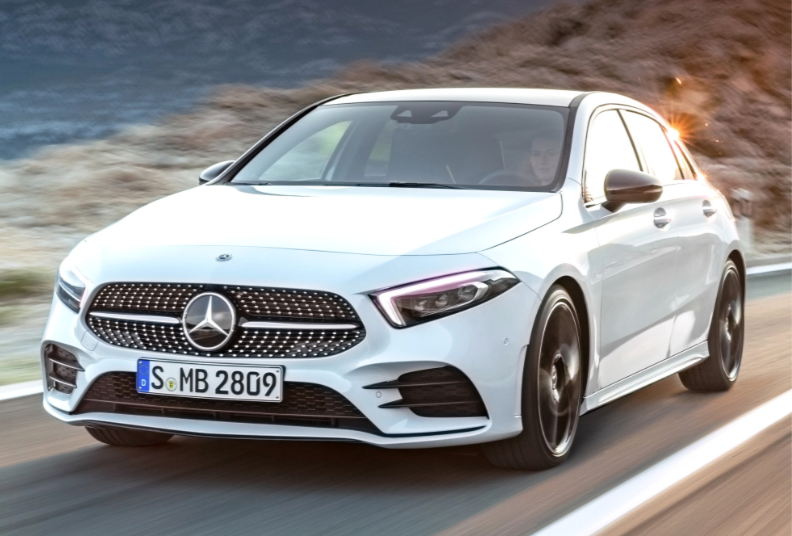 Exciting times for Mercedes-Benz as the brand launch two new models on the Irish market – A-Class and CLS Coupé – both of which, it is hoped, will bring significant gains to dealers as they seek to catch the 182 registrations tide. In their separate ways, the A-Class and CLS personify the length that Mercedes-Benz has travelled since embarking on its ambitious new product offensive, its intention being to capture new segments of the market and a new, more youthful customer base.

A-Class
Described by them as a model that ‘redefines luxury in the compact class’, the new
A-Class retains all of its youthful appeal whilst being endowed with characteristics more grown-up than those of its predecessor.Successful in attracting a distinctly younger fan base – which in-house surveys show is an average 13 years younger – the new A-Class is noticeably larger than before. Its even more energetic appearance is down to a noticeably more sloping bonnet and lower, more angular headlights and grille with inset star.
Inside, it has more head, shoulder and elbow space with easier access to the back seat and a luggage compartment 29 litres larger than before. A talking point will be its ultra-modern new MBUX multimedia and infotainment system – shorthand for Mercedes-Benz User Experience. Housed within its avant-garde, split-level dashboard, the MBUX comprises a control-and-display unit that uses artificial intelligence to learn and memorise instructions. Said to be a segment-leading feature, MBUX is something Mercedes-Benz believes will reduce driver distraction whilst being a USP to which younger drivers will be drawn. At its heart is a high-resolution, touch-screen embodying a navigation display with augmented reality technology, and intelligent voice control with natural speech recognition. 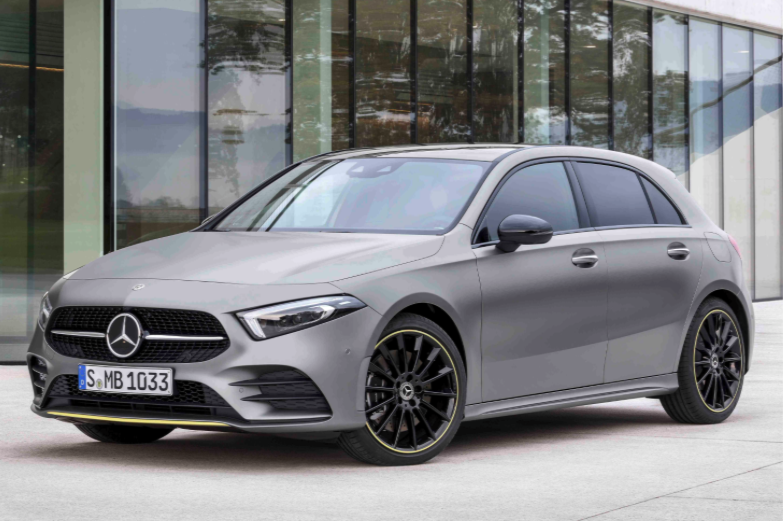 Adding authority to his claim that A-Class ‘raises the bar’ in the compact segment, Mercedes-Benz sales manager, Ciaran Allen, points to the fact that its other features include items derived from the S-Class and other models higher up the model chain. Typically, these include multifunctional steering wheel, climate control seats with massage and multi-contour functions, and safety elements like lane keeping, adaptive braking, and various distance control and driver assist systems with which Mercedes-Benz owners are familiar. Supported by competitive finance plans, and an expanded dealer network that includes new outlets in Dublin, Sligo, Galway and Wexford, the A-Class comes on the market with three different design lines – Style, Progressive and AMG. Initial models to arrive are the A180d Automatic, starting at €31,600 and the A200 petrol starting at €34,235. The entry A160 Petrol and A160d will arrive later. Prices, expected to guide around €30,000, will be confirmed closer to the launch date. New engines comprises two 4-cylinrer petrol options of 1.4-litre and 2.0-litre capacity and a new 1.5-litre diesel with power outputs in the 116 to 224hp range initially with higher performance AMG versions following. Transmissions will be a 6-speed manual or a 7-speed automatic.

CLS Coupé
Third in a generation of models first introduced in 2003, the new CLS combines the elegance and dynamism of a coupé with the comfort and functionality of a saloon. Seen as an iconic design concept that has helped it achieve classic status within its own lifetime, the four-door CLS has echoes of the Mercedes-AMG GT, reflected in its striking front-end, sporty low profile, frameless side windows, outstanding aerodynamics, and high arching waistline. Built to comfortably accommodate five occupants, features of its fully digital ‘width-accentuated’ aero-like cabin include individually-adjustable 64-colour ambience lighting, illuminated air vents, hand-finished appearance upholstery, and air conditioning with colour-guided, red/blue, warmer/cooler temperature control. In the rear, seat backs can be folded to expand its somewhat generous 520-litre luggage compartment. 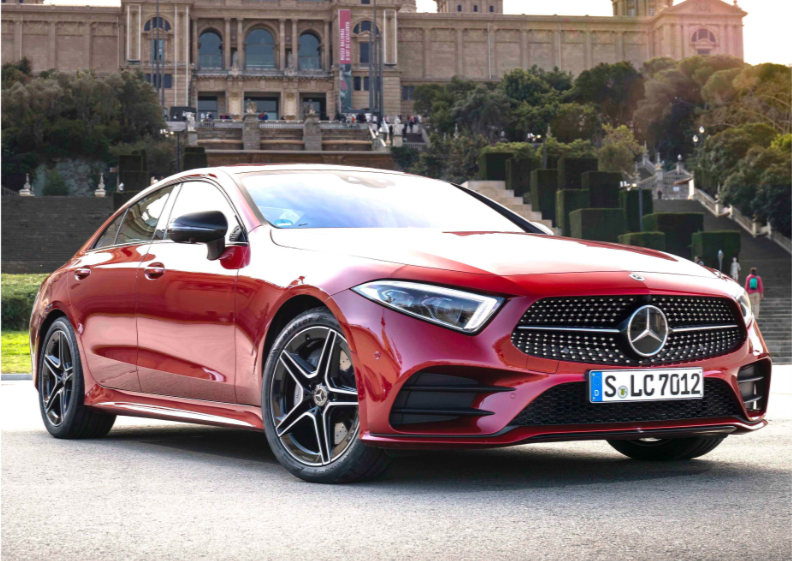 Sharing features in common with the S Class, the new CLS comes with latest touch-screen infotainment, safety and driver assistance systems plus an impressive array of optional items. Describing it as ‘a car created for the discerning motorist’ Ciaran Allen, sales manager for Mercedes-Benz in Ireland, points to the wide choice of diesel models available at launch. These comprise a CLS 300d – expected to be the popular choice in Ireland – along with a CLS350d 4MATIC and CLS400d 4MATIC. Following, in early-2019, will be a CLS 220d version. Most powerful model is an 8-cylinder CLS 450 4MATIC 6-cylinder petrol version. The new CLS comes on the market at prices which Allen notes ‘are pitched at a competitive level and comfortably close to the previous model, notwithstanding the significant enhancements made in terms of its design, technology, safety and comfort elements. The new CLS diesel prices start at CLS 300d Automatic – €64,805 / CLS 350d Automatic 4MATIC – €76,965 and the CLS 450 Automatic 4Matic – €85,760. 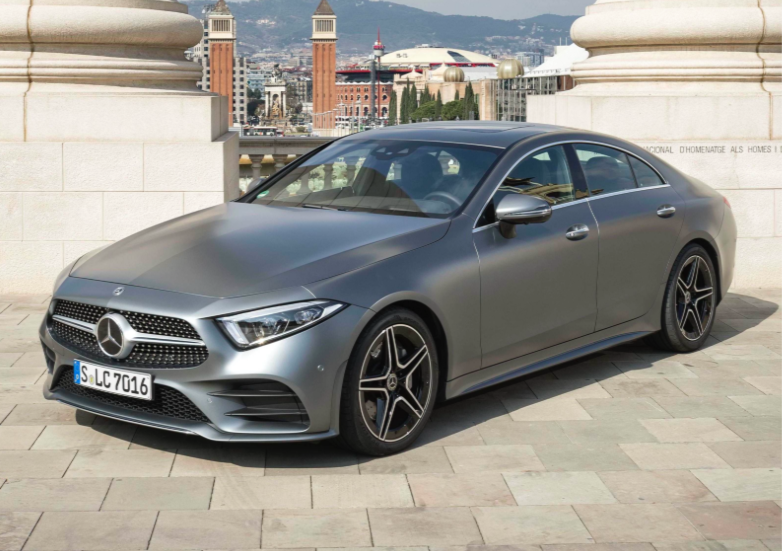