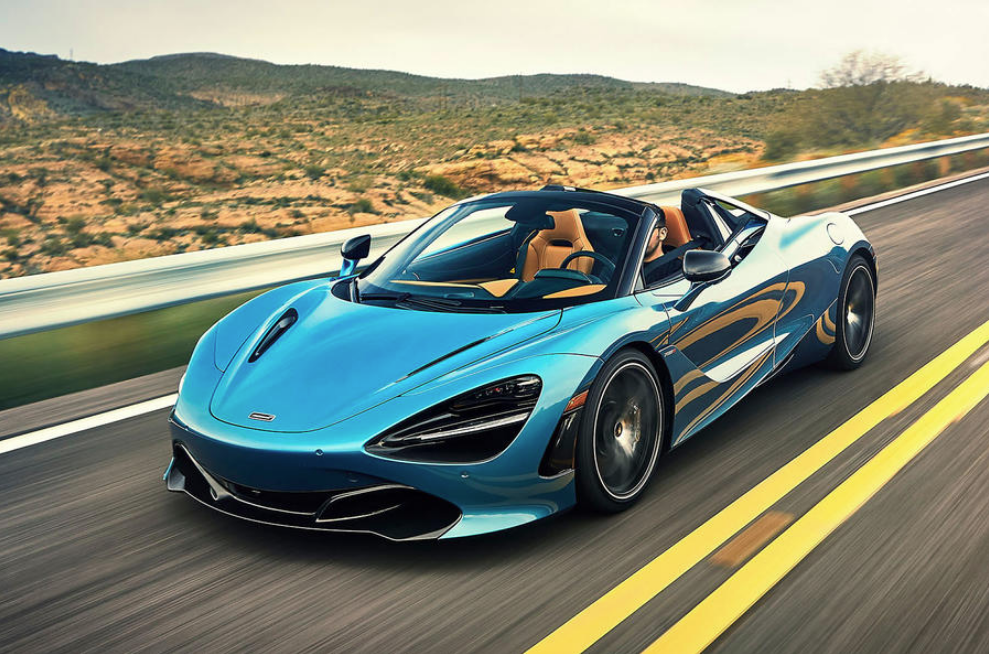 The McLaren 720S Spider has been named Best Supercar of the Year 2019 at the Coyote Automobile Awards in Paris, the latest in a long list of accolades for the second-generation Super Series. Since its launch in 2017, the 720S has been extensively praised for its blend of extreme performance, crafted luxury and unparalleled driver involvement.
The McLaren 720S Spider was unveiled at the 2018 McLaren Winter Ball, nearly two years after the Coupé debuted at the Geneva International Motor Show. The most accomplished supercar yet from McLaren, the 720S Spider is powered by a 4.0-litre twin-turbocharged V8 that produces 720PS and 770Nm of torque, acceleration from 0-60mph in just 2.8 seconds and 0-124mph in 7.9 seconds and a top speed of 212mph.

The 720S Spider was designed to be a convertible without compromise and continues to innovate with an electric patented retractable folding hardtop that takes just 11 seconds to lower or raise at a vehicle speeds of up to 50km/h. The one-piece hard top is available with an electrochromic glass panel that can rapidly switch between tinted and transparent states and glazed rear buttresses to greatly improve visibility. Preserving the stunning aerodynamic 720S shape, the additions add less than 50kg to the 720S Coupé’s kerb weight, thanks to the rigid and light carbon fibre Monocage II-S chassis.

“The 720S Spider being awarded the Best Supercar of the Year at the Coyote Awards is another fantastic achievement for the 720S, which has been collecting accolades since it was first unveiled at the 2017 International Geneva Motor Show. This continued success is testament to just how hard we stretched the boundaries with this car in the pursuit of excellence and innovation that inspires every McLaren Automotive product.”
Steve Harvey, Sales Director Europe, McLaren Automotive