It’s the perfect time of summer to be driving a roadster and what better one to choose then the world’s most successful and most popular, the all-conquering Mazda MX-5. Motoring hacks worldwide have celebrated its talented handling attributes. Mazda has now refreshed the third-generation MX-5, so what’s it like?

Well, unsurprisingly very similar to its predecessor. You’d have to look closely to spot the subtle styling differences between the two. There’s a newly-designed front bumper, new headlights and grille, while the interior now features silver-ringed climate control knobs and piano black replaces dark silver on the dashboard. Who can blame Mazda for not changing much, they seem to have rightly adopted the approach of ‘if it’s not broken, don’t fix it’. This latest variant hasn’t lost any of the charm of the original, apart from the pop-up lights. It drives and thrills with one hundred per cent enjoyment, one hundred per cent of the time. 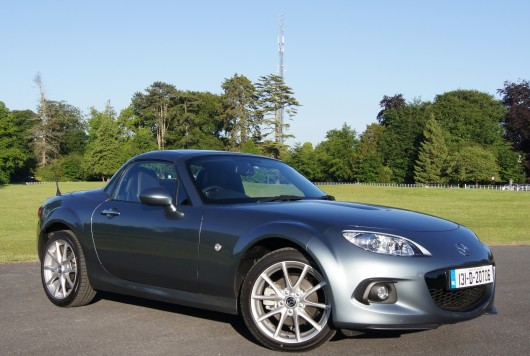 I may be somewhat biased for my affection for the MX-5, I bought a Mark One model a few years ago and absolutely enjoy driving it. All MX-5’s provide a truly involved driving experience. They’ve the perfect setup, front-engined rear-wheel drive. This new model has a more premium feel to it then the original, our test car was the roadster coupe model which has a retractable hard top, you can also opt for a soft top if you prefer. 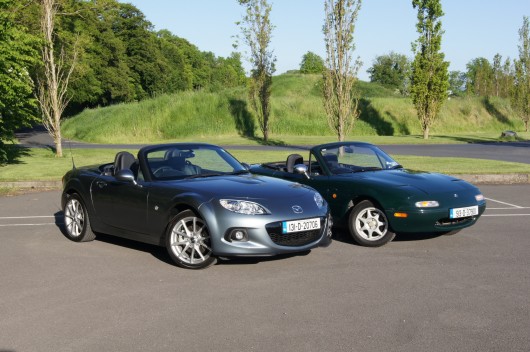 Power is provided courtesy of Mazda’s MZR 2.0-litre petrol engine, it delivers 160hp and 188Nm of torque. Mazda’s engineer’s have worked on this and the 1.8-litre unit which is also available to improve fuel consumption and reduce emissions. The 2.0-litre unit will return a combined consumption of 7.8l/100km (36mpg). Customers can opt for a six-speed automatic transmission, thankfully our test car had the preferred six-speed manual transmission. It offers a short crisp gear changes from its minute gear lever. The sound has been enhanced thanks to a newly-developed induction sound enhancer. The sound from the Bose stereo is equally as impressive for the music lovers. Our Sports Tech model features sports suspension with Bilstein dampers and the all-important limited slip disc which aids handling and grip when cornering. 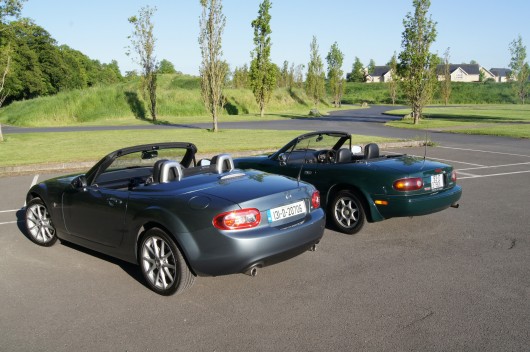 Driving the mk1 and newly revised mk3 back to back allows you to see where Mazda has progressed from the original in terms of refinement and technology. It’s reassuring to see that they haven’t altered any of the driving appeal that has won the hearts of petrolheads the world over. Long live the Mazda MX-5, it’s one in a million. 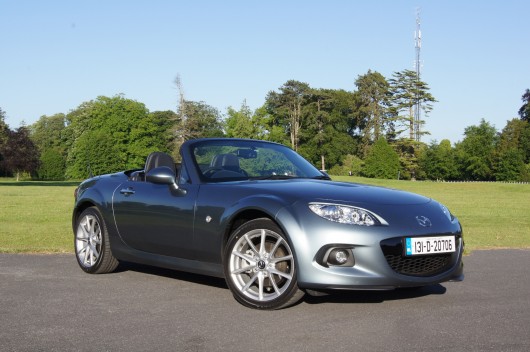