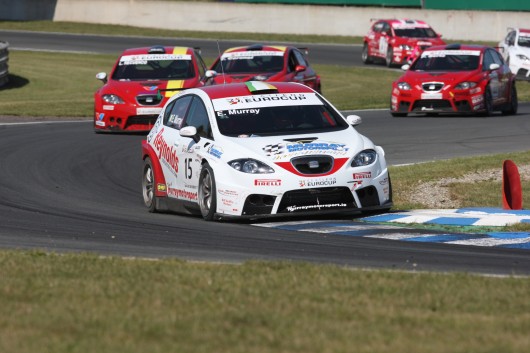 A new and exciting championship has been announced for Irish motorsport, with the introduction of the Leon Supercup Ireland. This one-make championship will feature Seat Sport’s Leon Supercopa cars, who will compete over a new ten round championship. The championship will cater for the MKII Leon Supercopa of which over 300 units are currently being raced worldwide.  Running over 5-events within the existing ITCC, the inaugural Leon Supercup is attracting much interest with the car count already up to seven following the arrival of four cars into the country last week. Commencing in May, with one event per month, racing will take place at Mondello Park and Northern Ireland’s Kirkistown and Bishopscourt circuits. Mondello will host the Leons on three occassions with two of these running on the County Kildare circuit’s International track.

A driver very familiar with the Leon Supercopa, having twice being a Eurocup title contender, Eoin Murray welcomed the establishment of the ‘Leon Supercup Ireland’.  Also with experience of racing in both the Spanish & Italian championships, the two time Motorsport Ireland Young Racing Driver of the Year said, ‘I think the championship is going to give Irish drivers a low cost opportunity to race the next best thing to a full blown touring car.  The cars offer serious performance and best of all they are great value for money and very reliable’.  Having also driven a Seat Sport Italia run Leon Supercopa around Mondello Park in 2011 during his time as a brand ambassador for Seat Ireland, he said the technical support being offered from Spain by Seat Sport for the Irish Championship is a major benefit for drivers and teams looking to acquire a car.  Already four teams are set to field drivers in the championship with two of the latest cars to hit Irish shores having been acquired by the country’s top race team Murray Motorsport.

Already securing backing from Yokohama, who will supply a controlled slick and wet tyre for the championship, the ‘Leon Supercup’ will hold its first official outing on February 15th with a test at Mondello Park.  As part of the test, a number of drivers who have expressed interest in Ireland’s newest championship will be given the opportunity to sample the 301bhp Leon Supercopa.