The tenth generation of the Honda Civic is a major step forward for the Japanese brand but are they doing enough to keep up with the competition? Over the last few model releases of the Civic, Honda seemed to be lost in the dark with what they were doing with what was once a strong performing model within their range. With the newest model launch of the Civic they seem to have got so much right that they are back on track. 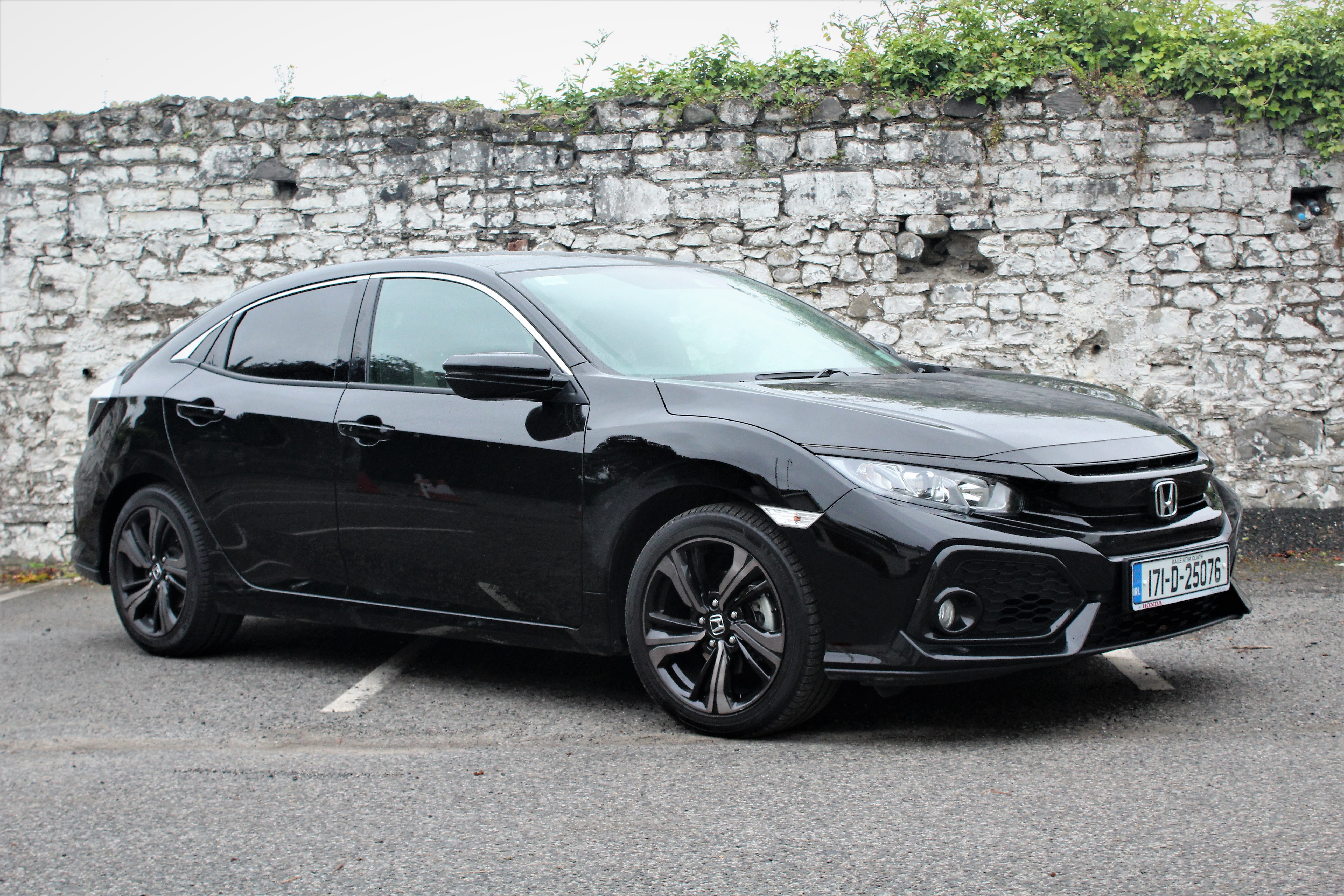 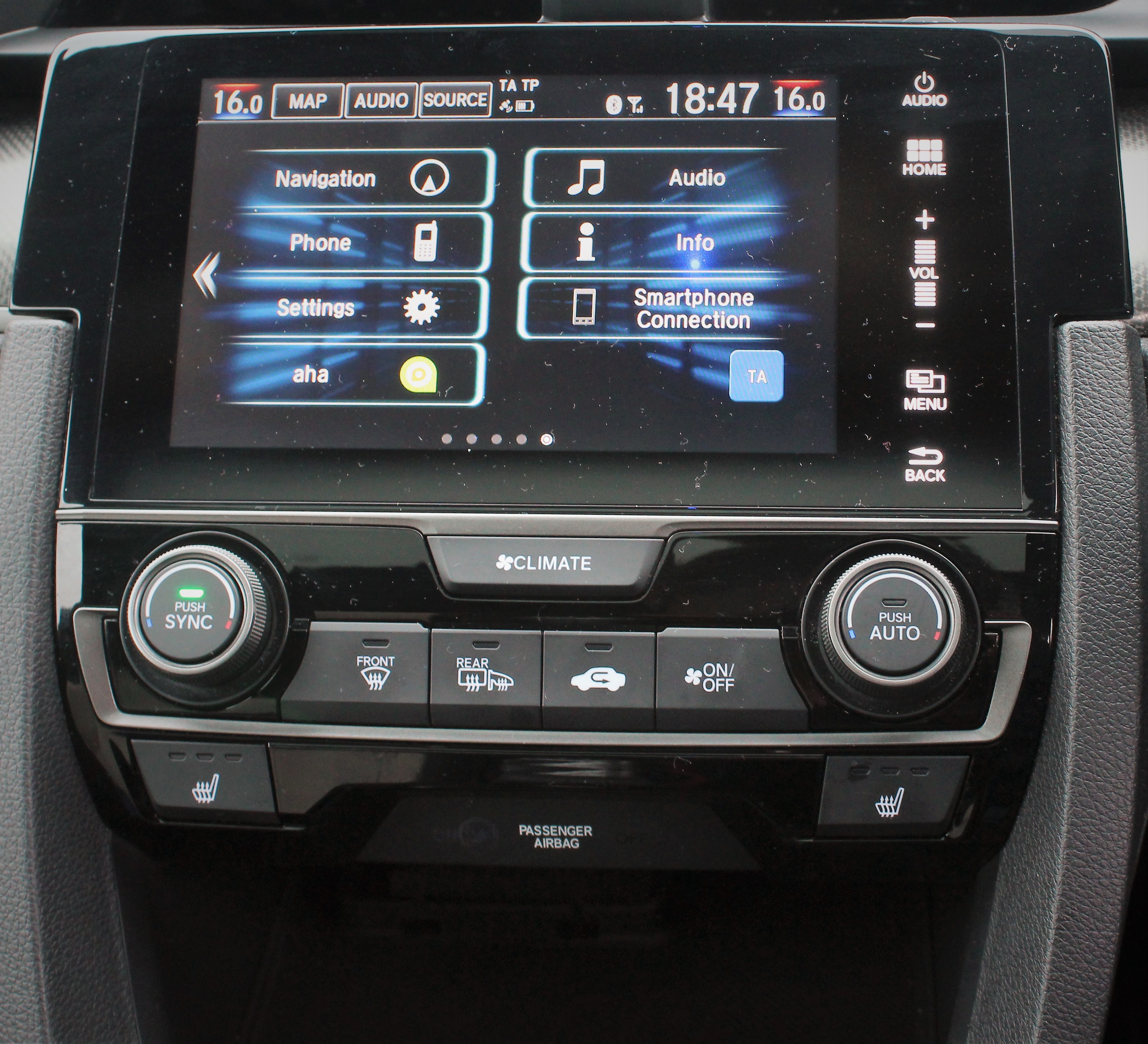 The driving position has been lowered by 35mm from the previous model. This creates a more secure feeling area around the driver. The dashboard has also been lowered considerably by 65mm which results in improved forward and downward visibility which has resulted in what Honda claim to be a class leading forward visibility. The cabin does feel spacious and airy as a result of the changes it must be said. In terms of boot space, the Civic offers 478 litres with the rear seats in place. The rear seating can be split / folded 60:40 in order to increase boot capacity up to an impressive 1,267 litres. 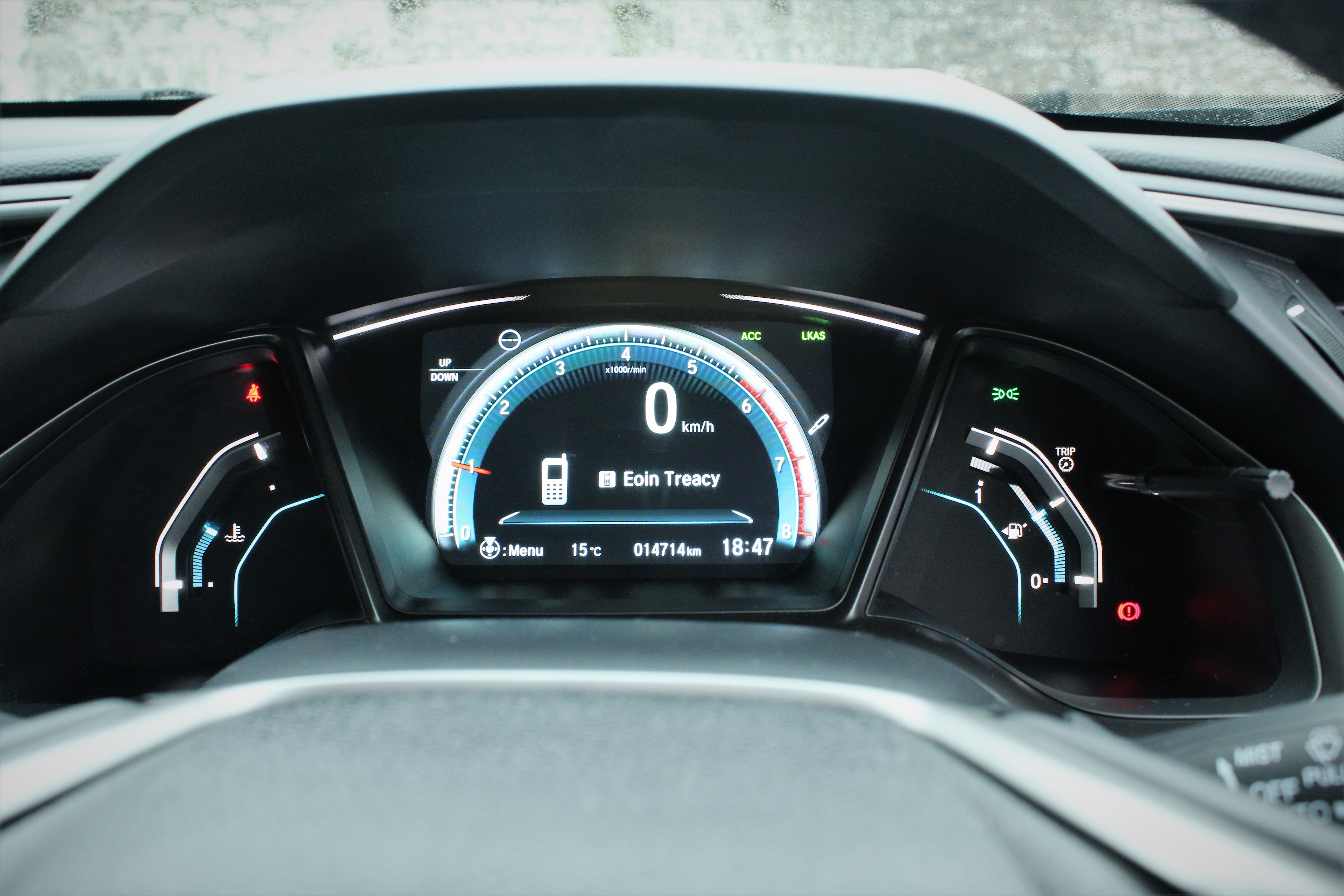 The new Civic has been engineered from the ground up on a whole new platform in order to fulfil a promise of agile and rewarding dynamics. With a lightweight build and a low centre of gravity the new Civic brings you back to what we have learned to expect from a Civic. An engaging and energetic drive. The new Civic is available with two petrol engines on the Irish market; the 1.0 litre VTEC Turbo which is the subject of this review and the 1.5 litre VTEC Turbo. My test car was also paired with a six-speed manual transmission. Honda always seem to pull it off when it comes to the Civic that the manual transmission always has that short throw feel to them and this one is no different. Between the energetic 1.0 litre VTEC Turbo engine and the snappy 6 speed manual it is as if the Civic is daring you to drive it hard, to send the rev limiter to the upper end of the scale and see just what it can do. In terms of 1.0 litre engines which there are plenty of available at the moment, the new Civic engine seems to be the most energetic of the bunch and will gladly bounce the rev counter back down as it hits 6,500 rpm. This 1.0 litre engine will churn out 129 hp and 200 Nm of torque on demand. 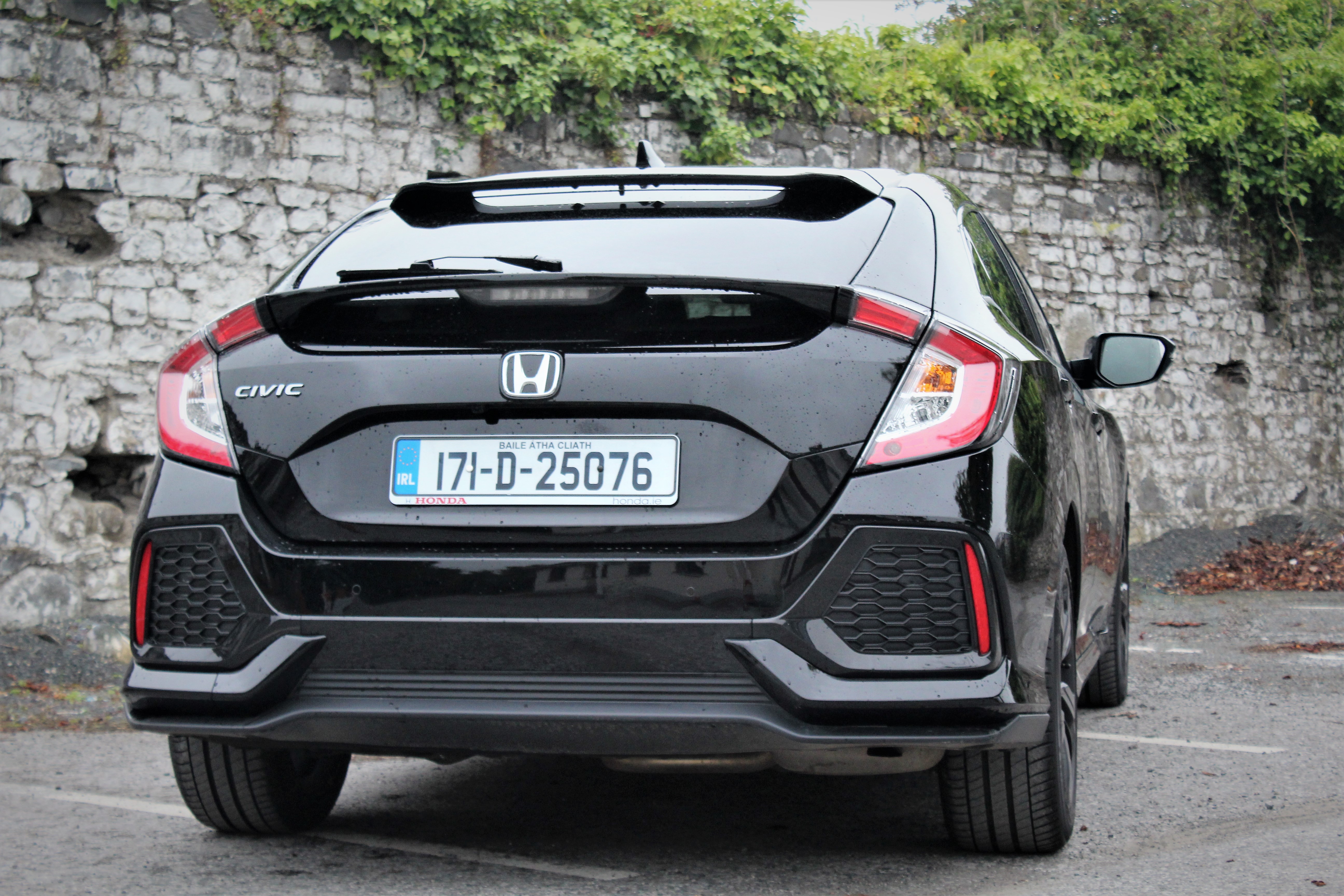 On the road, the new Civic handles brilliantly. Given the engineering that has been put into the chassis it shows straight away. The steering is light, direct and accurate and allows you to push the Civic on that little bit further all the while still keeping you where you should be. With the inclusion of the adaptive damper control it ensured that the suspension was always at the ready when a stiffer response was required. I have to say that the new Civic proved to be one of the most entertaining, energetic and engaging drives I have had in a car in quite some time. It doesn’t throw you around to a point where you get dizzy, it doesn’t roar at you until you go deaf, it simply reminds you that driving is fun. 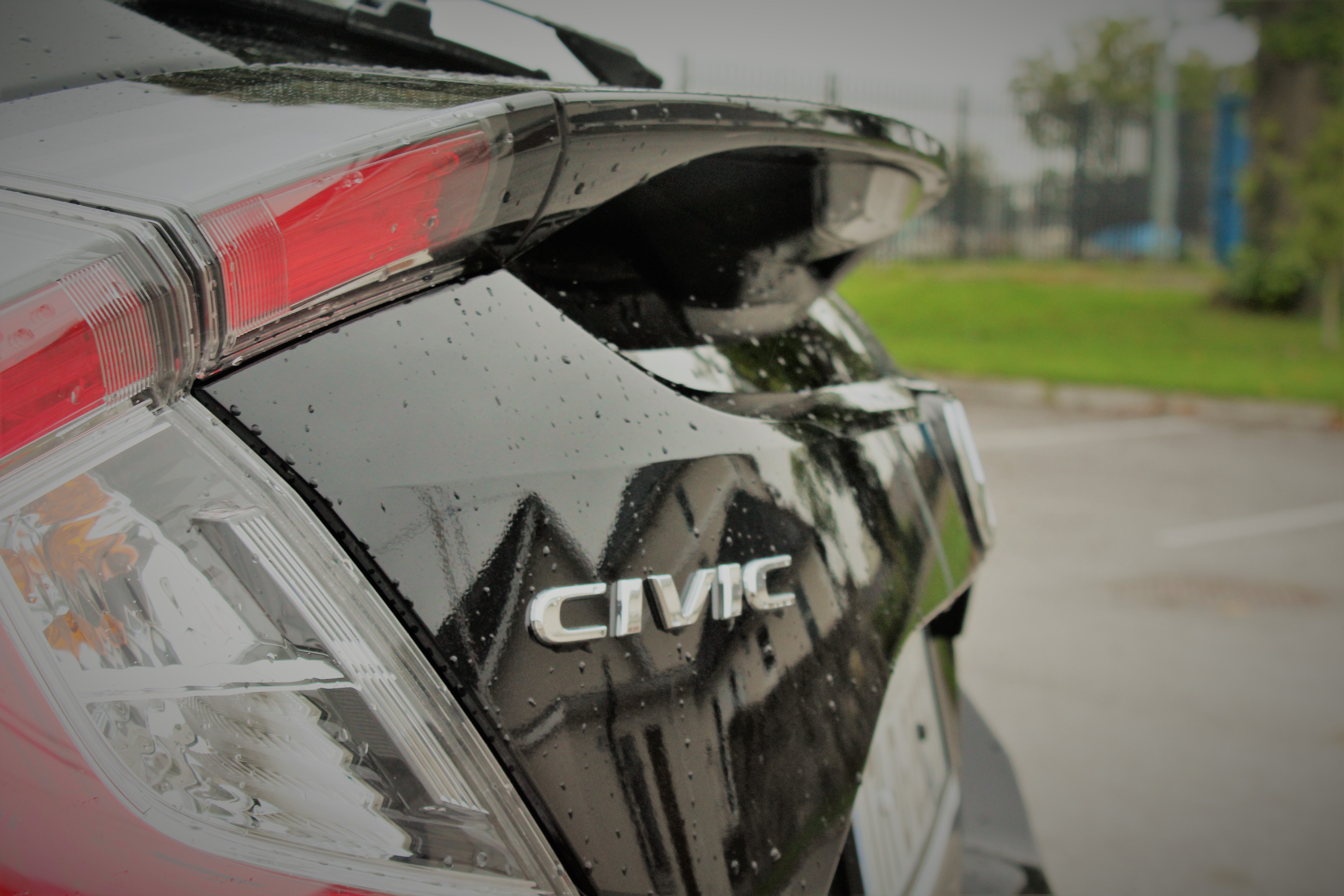 There are four trim levels available with the 1.0 litre VTEC Turbo, Smart, Smart Plus, Premium and Premium Plus. The premium trim which is the finish of this test car includes the addition of reversing camera, blind spot warning system, leather interior, heated front and rear seats, sun-roof, keyless entry and start, Dual zone climate control, rear privacy glass as well as leather steering wheel and gear knob and alloy pedals. 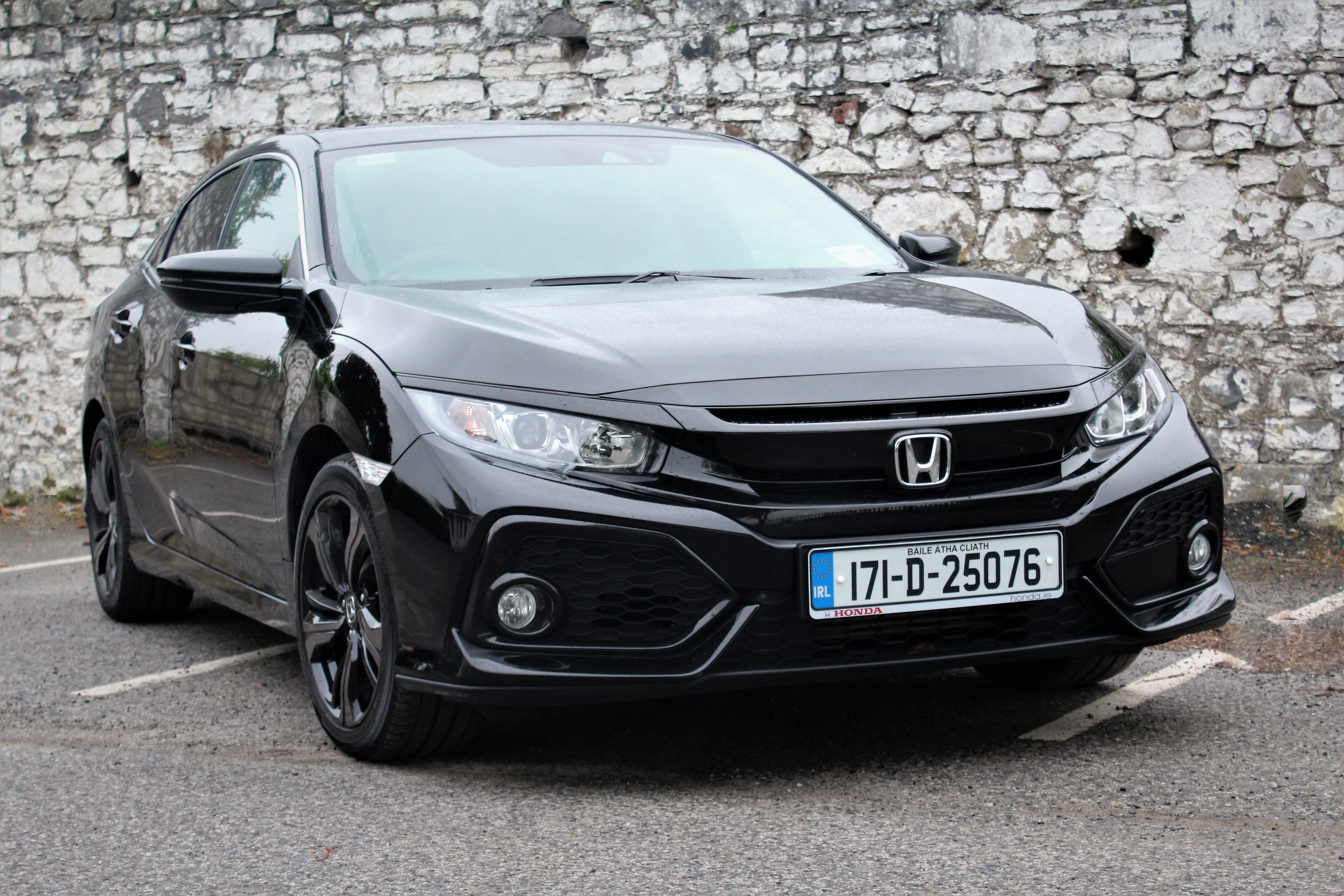 Pricing on the new Honda Civic starts from €23,750 which is relatively close to some of its rivals. What sets the Civic apart from the rest is the fact that yo0u get more equipment as standard with it and even its small 1.0 litre engine is more powerful and advances that those offered by its competition.