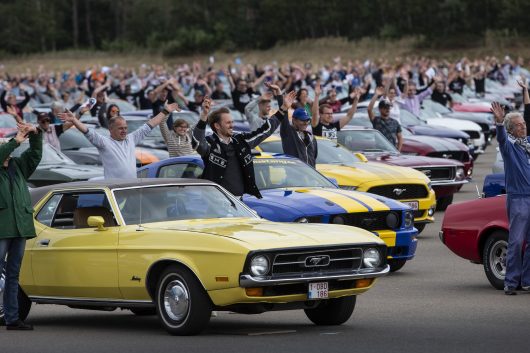 Ford Mustang owners from all over Europe set a new world record for the most Mustangs in a single parade, at Ford’s Lommel Proving ground in Belgium. There was a total of 1,326 Mustangs on parade, the previous record stood at 960 vehicles. The Mustang is the world’s best-selling sports coupe, Ford sold 5,500 vehicles in Europe in the first half of 2019, this is a 3.7 percent increase year on year.

Ford’s Lommel Proving Ground is where the company refines the sustainability, technology and driving dynamics of its vehicles in Europe. The facility covers an area of 3.22 km² and features 80 kilometres (50 miles) of track, some of which is designed to simulate public roads, while other tracks feature differing road surfaces enabling engineers to evaluate handling, braking, ride and comfort. More than 100 staff from the facility volunteered as marshals and support to help Ford’s world record-breaking attempt run smoothly. 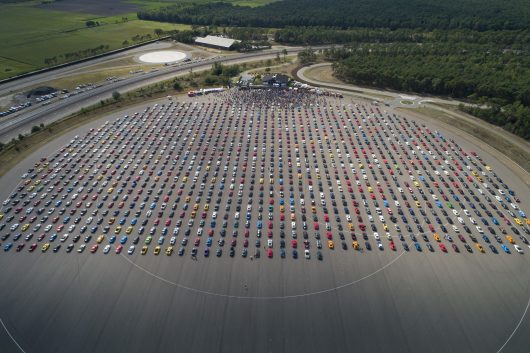