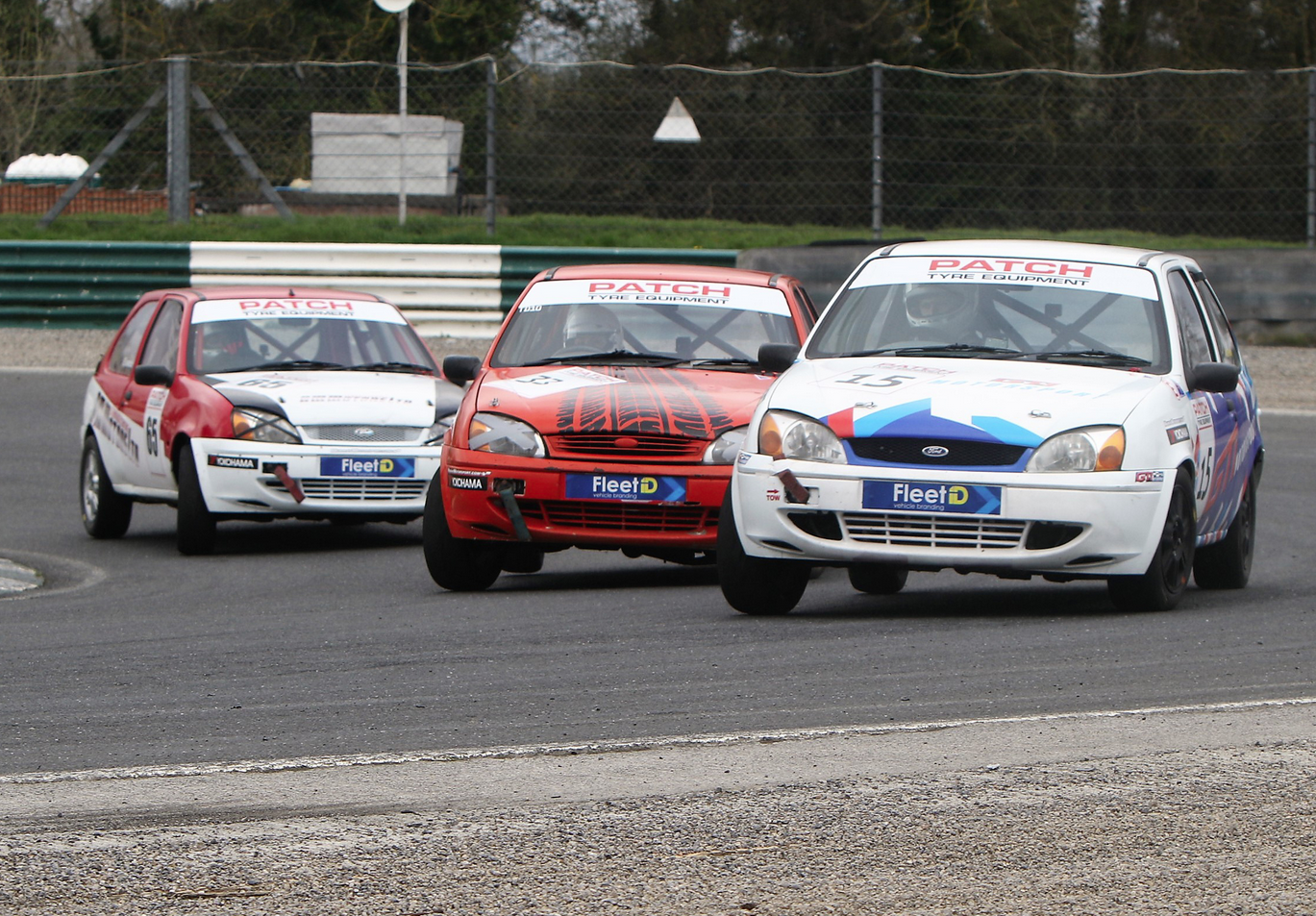 The latest rounds of the Patch Tyre Equipment Fiesta Zetec championship will be one of the main supporting races for this weekend’s Mondello Park Formula Vee Festival which will run on the County Kildare venues’ National Circuit. The popular budget saloon racing series, for standard Zetec engined Fiestas, will provide the biggest grid of cars, apart from the feature Formula Vee class, as it races three times across Saturday July 7th & Sunday July 8th. Qualifying and race one will take place on Saturday with the remaining two championship rounds on Sunday. The Mondello Park Fiesta Zetec Championship is supported by long time Circuit Racing and Rally supporters Patch Tyre Equipment, and continues to provide a highly cost effective entry into Saloon Racing for many competitors.

This weekends triple header will be the second of the season as the championship tackles its second last event of the year. So far this season the racing has been very tight, as the drivers have competed across three different tracks, but one driver has dominated the top spot of the podium since round two. Owen Purcell currently leads the series by more than forty points having overcome some strong performances by his rivals to take six wins in a row. The battle for second in the championship is much tighter as the next three drivers are separated by just eight points. 2018’s only other winner, Mark Johnston currently heads the three way fight for the runner-up spot from teenager William Kellett and Darren Lawlor with the r4emainderof the field lagging behind. This weekends action should come down to a fight between the championship top four, with Colin Murray, the only other driver to have stood on the podium this season an outside bet to repeat his round six performance.

Rounds eight nine and ten of the Patch Tyre Equipment Fiesta Zetec championship get under way with qualifying and race one on Saturday and will be completed with two more rounds on Sunday. Full details of the event are available on the Mondello Park web site or by following the Fiesta Zetec Championship on facebook. Live timing form the event will also be available from timing.ie.