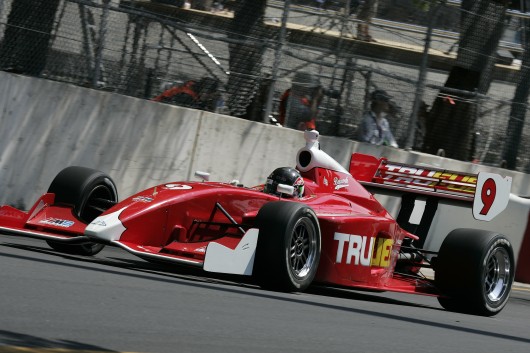 Peter Dempsey wrapped up the weekend at the second annual Baltimore Grand Prix with a fifth-place finish in Sunday’s race. The Firestone Indy Lights driver qualified 12th after facing multiple setbacks in the preceding practice and qualifying sessions but come race day, he refocused on achieving a solid finish in the 35-lap race. Dempsey improved seven positions—the most of the field—and ultimately secured a top-five finish for the No. 9 TruFuel / MoeryLAI / Belardi Auto Racing team.

Due to a shortened practice session on Friday, the Irishman was only able to complete three laps on the street course before a chicane was added on the front straight for Saturday’s sessions. Dempsey was one of many drivers to struggle with the course change; he tapped the wall in qualifying while attempting to find his racing limits, causing him to drop out of the session after just three laps and leaving him with a 12th place starting position.

“Heading into qualifying, we were feeling pretty comfortable that we had a solid package,” said Dempsey. “With the lack of track time, everyone was at a disadvantage. I felt like that could work in our favor, but unfortunately, I got caught out after three laps with the new chicane the series put in. We had done too much damage to the car to get it fixed in time to get back out for the end of the session. It was a driver error, and all I could do was learn from my mistake and refocus for the race.”

In the race, Dempsey showed both determination while chasing down cars and patience in choosing his battles to come from the back of the grid to within one second of the fourth place finisher by the end of the event.

“Going into the race, we were lacking track time in comparison to everyone else, and starting at the back on a street course with hardly any track time made it really difficult for me to fire my way up to the front,” continued Dempsey. “I went in with the mind set to bring the car home for the team and see where we ended up. It was important for me to get a decent finish for the team and sponsors. Fifth isn’t what we are aiming for, we will always aim to win, but I was glad to get a solid finish on the board and more data going into 2013.

“I want to thank my team for sticking with me all weekend and my sponsors, TruFuel, MoeryLAI, Dempsey’s Brew Pub & Restaurant, for all their support. Now, it’s about refocusing on turning left and heading out to Fontana. Hopefully we can regroup and finish the season with a good result out in California.”

Dempsey and the Belardi Auto Racing team will head to the final race of the season at the Auto Club Speedway’s two-mile oval in Fontana, California on September 15. To follow Peter’s progress, please go to www.peterdempsey.com and www.indycar.com.