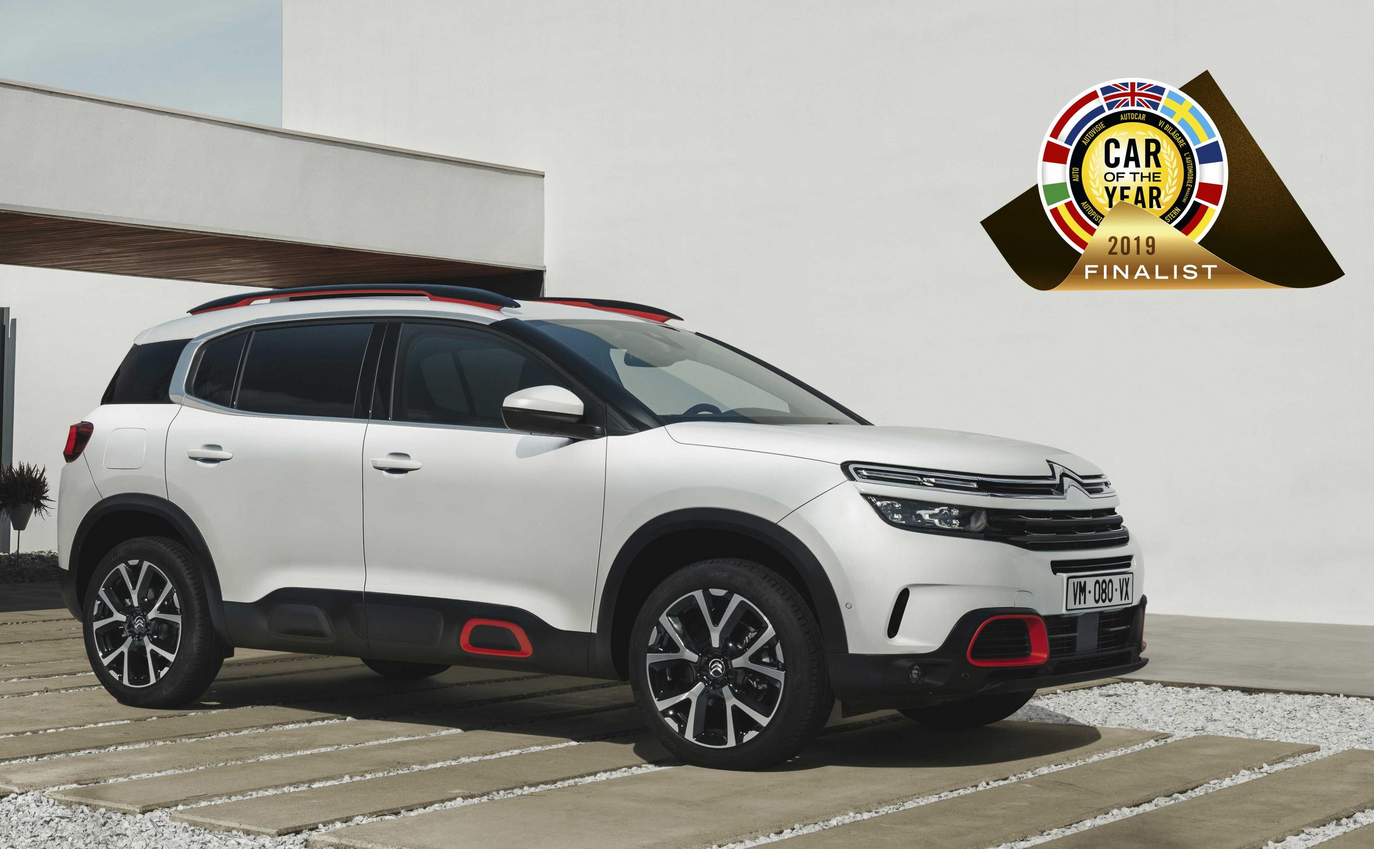 The European Car of the Year jury has named New Citroën C5 Aircross SUV as one of the seven shortlisted models – out of 38 cars in the running. The 2019 Car of the Year will be announced on Monday 4 March, immediately prior to the Geneva Motor Show. The Car of the Year jury has selected the best new model every year since 1964, with some 60 journalists from 23 European countries taking part in the voting process. The winning cars are rated on criteria including value-for-money, design, comfort, safety, technology and environmental performance.

New Citroën C5 Aircross SUV is among the seven finalists competing for the 2019 Car of the Year title. New C5 Aircross SUV stands out from the crowd through its unique, energetic and assertive personality. Making its public debut at the Paris Motor Show 2018, Citroën’s new flagship has already attracted more than 1,500 orders across Europe.
New C5 Aircross SUV has a robust, muscular and powerful design. Its flowing shape is punctuated with strong graphic features, including the Airbump® panels at the bottom of the doors. Thanks to the Citroën Advanced Comfort® programme, New C5 Aircross SUV excels through its overall comfort and spacious interior. New Citroën C5 Aircross SUV offers a level of modularity that is unique in its segment, with three individual, sliding, folding and reclining rear seats, and best-in-class boot volume ranging from 580-litres to 720-litres, and up to 1,630-litres with the second row seats folded down.

New C5 Aircross SUV is also equipped with 20 latest-generation driver assistance systems and six advanced connectivity technologies. With a total of 590,000 sales in Europe, 2018 is the fifth consecutive year of growth for the Citroën brand. Sales are at a seven-year high, up 6% in Europe year-on-year. Following the resounding success of Citroën C3 Aircross Compact SUV – the first model in Citroën’s SUV offensive with orders totalling nearly 120,000 units – New Citroën C5 Aircross SUV is an integral part of Citroën’s renewal, and will serve to continue the brand’s strong performance in 2019 and into the next decade. Following comparative tests between the seven shortlisted cars in February 2019, the model with the most votes from the Car of the Year judges will be awarded the prestigious title on Monday 4 March 2019, just prior to the opening of the Geneva Motor Show.