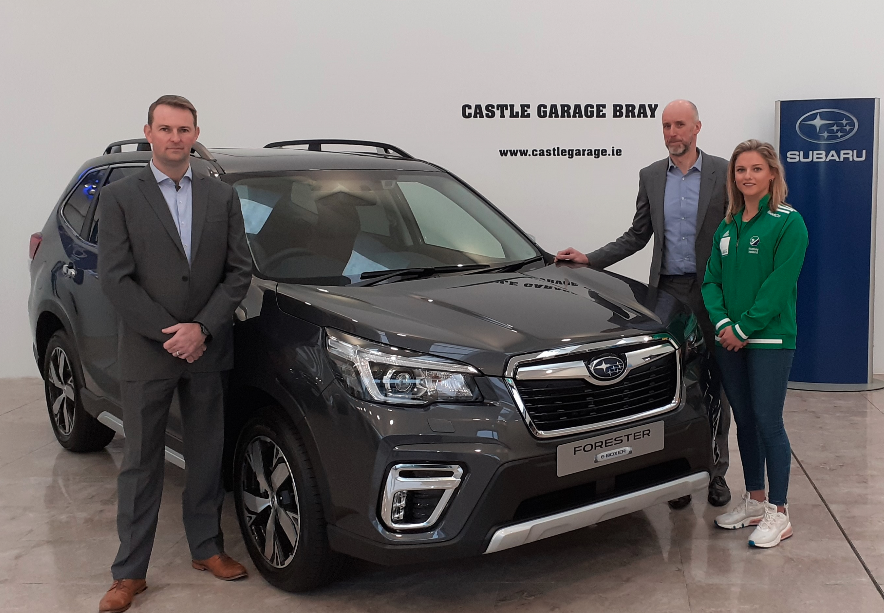 Ireland hockey ace Chloe Watkins has become a Subaru Brand Ambassador with Castle Garage in Bray. Chloe, who lives in Killiney and plays club hockey with Monkstown, is a key member of the Irish women’s hockey team and played a pivotal role in Ireland’s historic run to the 2018 World Cup final last Summer. Watkins, a long-term member of the Irish team, made her 200th senior international appearance for Ireland in that final having secured her first cap in July 2010 against Scotland. Chloe is a commerce graduate from UCD and currently a trainee accountant with Mazars. Having shown talent from a young age in other sports including football and tennis, Chloe decided to focus on hockey. Speaking today Chloe Watkins commented

‘Despite playing other sports hockey was always my number one, I’ve always loved it. The training is getting harder and harder but I’m enjoying it more and more and the success is paying off, apart from our silver medal at the world cup, we had missed out marginally on Olympic qualification at London 2012 and Rio 2016 so making it to Tokyo next year is testament to the work being put in by the team and coaching staff.  On a typical day, I’m up at around 5am for a gym session before work, following a day in the office I then make my way to team training and then home for some shut-eye before I start the process again the following day. I need a car that suits my busy lifestyle and I’m delighted to come on board with Subaru and Castle Garage here in Bray’

Last month, Chloe scored in a 4-3 in sudden death shootout against Canada in Donnybrook to ensure Ireland’s first ever appearance at an Olympic games next summer at Tokyo 2020. Speaking today Derek Bradshaw, Dealer Principal at Castle Garage Bray commented ‘We are absolutely thrilled to have Chloe on board as our Subaru Brand Ambassador. Chloe played a pivotal part in Ireland’s silver medal at the World Cup in August and we look forward, in anticipation to her exploits on the pitch in Tokyo this Summer. Subaru is a Safe, Reliable and Capable brand and we feel this association is the a perfect fit for Chloe’s busy lifestyle.’