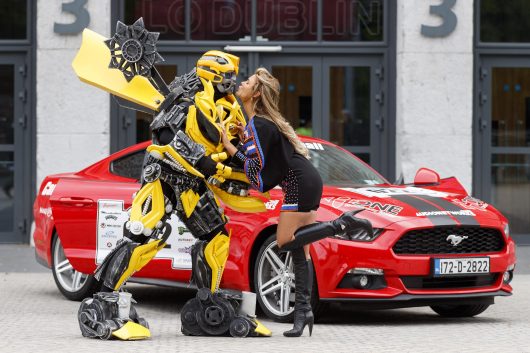 On Friday evening last we were in town for the launch of, CANNONBALL, the action-packed supercar spectacle which took place at Krystle Nightclub in Dublin 2.  The largest organized road trip in Europe is set to roll, once again, this September 8th to 10th with over 160,000 people expected to line the streets. Now in its ninth year, CANNONBALL has raised almost €900,000 for Irish Charities and this year, proceeds will go to Make-a-Wish Ireland.  Top mark cars including McLaren, Lamborghini, Ferrari, Aston Martin, Porsche, Masseratti, Rolls Royce and Bentley will blaze a trail through Dublin, Kinsale, Limerick, Galway Plaza, Claremorris, Sligo, Mullingar, Offaly and Kilkenny in spectacular style with FREE family friendly festivals all over the country. Guests of CANNONBALL founder Alan Bannon on Friday night were welcomed on the red carpet by the striking Supercar Transformer Bumblebee from Audionetworks and some stunning supercars and retro cars.  Guests were treated to Cannonball Cosmopolitans, bubbles, bites and buckets of beer at the recently renovated Krystle nightclub which will be the new home of the event for the next year. CANNONBALL has always had a star-studded celebrity following including former Miss World Rosanna Davison and husband Wes Quirke, Models Hazel O Sullivan, Emma Quinlan, Holly Carpenter, Roz Purcell and many more.  BRUNO MARS even showed up one year to join Shane Lynch for a quick pit stop in Cork!  Ryan Tubridy, Eoghan McDermott, Glenda Gilson, Nicky Byrne, Soap Stars Ryan and Adam Thomas, Miriam O Callaghan, An Taoiseach and Former President Mary Robinson have all dropped the famous chequered flag and this supercar event shows no signs of slowing down.

The start line of CANNONBALL 2017 will be at the Point Village, Dublin on Friday September 8th from 9am.  The gleaming convoy of 190 supercars and novelty cars worth an estimated €32million will drive through almost 1000 kilometers of Irish open roads.  40% of Cannonball entries come from outside of Ireland and this year an exciting team with 10 supercars are coming in from Dubai.  Each start and finish line at each host town is infused with an electric atmosphere featuring Las Vegas Show Girls, live music, DJs, Audionetworks Transformers and Robots, family fun, the Cannonball Grid Girls, The Monster Energy JAM Truck, local entertainers and dignitaries, CANNONBALL official merchandise and, of course, the unmistakable roar of 190 supercars.  Proceeds from the event this year will go to Make a Wish Ireland, a children’s charity that grants magical wishes to children between the ages of 3 – 17 years with life-threatening medical conditions. CANNONBALL is the brainchild of Kildare Businessman and AB Signs proprietor, Alan Bannon and the benefit to the Irish economy of this event is estimated at €2,567,000 per year.  With 2 National Awards and 4 nominations this year, this Supercar event shows no signs of slowing down and is now gearing up for the US in October and Japan in 2019.

“The team is constantly innovating, the event is going from strength to strength and now with Japan and the US on the horizon and plans to license the event all over the world, we are excited about the future.  The Irish event in September is always the big highlight and I would like to thank our new headline sponsors and partners. I look forward to welcoming the Dubai team and all of our Cannonballers from Ireland, UK, Japan, the US and the EU.” said Cannonball Founder and Kildare AB Signs Businessman Alan Bannon 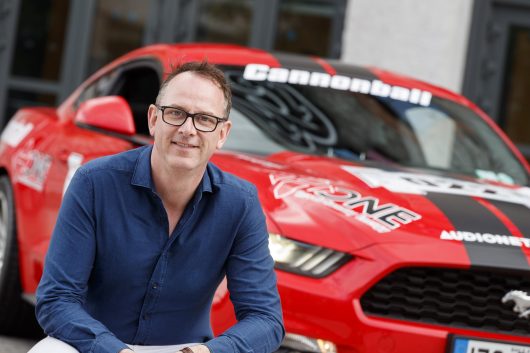