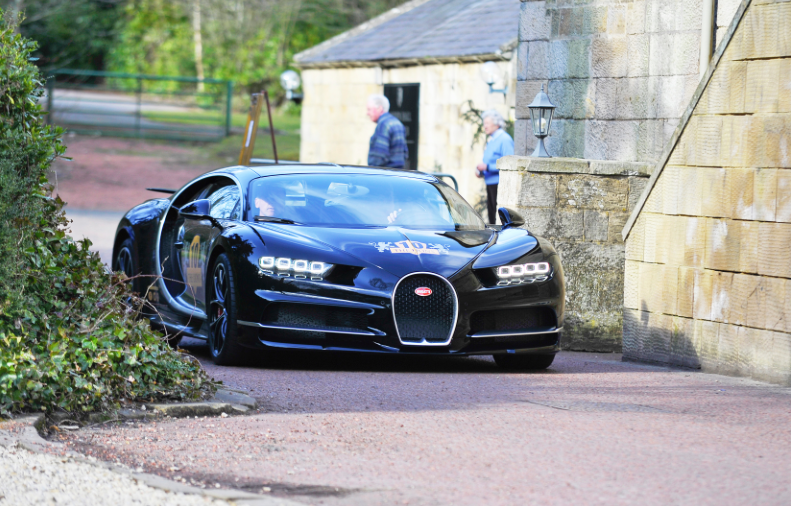 The CHIRON is the most powerful, fastest and exclusive production super sports car in BUGATTI’s brand history. Its sophisticated design, innovative technology and iconic, performance-oriented form make it a unique masterpiece of art, forme and technique that pushes boundaries beyond imagination. The Bugatti Chiron developed and manufactured in Molsheim, France was first shown at the Geneva motor show on march 1st 2016 and with a price tag of over Stg£2.7million, they are quite a rare sight to behold. The beating heart of the CHIRON is its quad-turbocharged 8 l W16 engine. The new BUGATTI two-stage turbocharging system generates 1,500 h.p. and 1,600 Nm of monstrous torque, with an almost linear power curve between 2,000 and 6,000 rpm. Controlling this power are special carbon ceramic brake discs and brake callipers developed exclusively for the CHIRON, with eight titanium pistons for maximum performance. 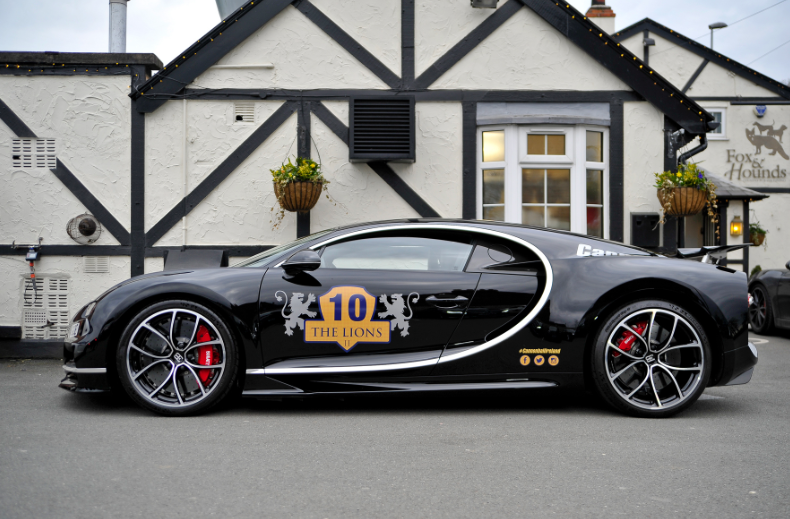 The Cannonball Lions Trip from March 23rd – 26th was the first of four Irish and International Cannonball road trips in 2018. A highlight of the trip included a special invitation to Bruntingthorpe and SCD (Supercar Drivers) where a top-secret supercar collection of 300 cars worth Stg£75Million had a private meeting. Among the stars of the show was the Ferrari FXX and Aston Martin Vulcan, each worth more than £2 million. Cannonballers took a spin on the runway where Top Gear and 5th Gear have been filmed. The Grand Highlands Tour of Scotland on May 18th comes next followed by the Irish Cannonball event from September 7th to 9th and then the US trip from New York to Miami at the end of October.

Ireland’s CANNONBALL supercar event, now in its 10th year in Ireland, is the largest organised road trip in Europe with a convoy of 190 top mark cars on a 3-day tour of Ireland this September 7th to 9th. The event has now raised almost €1,000,000 for Irish Charities and over 180,000 spectators will line the streets this September to soak up the electric CANNONBALL atmosphere in each host town in Ireland. Who knows, maybe the beautiful BUGATTI CHIRON along with some other hyper cars will be suitably seduced by Cannonball to partake in the Irish event this year and help celebrate the 10th anniversary in style.
See www.cannonball.ie for details.