BMW is seen as the founder of the Sports Utility Vehicle (SUV) or Sports Activity Vehicle as they prefer to call it. Either way, they started a new segment with the introduction of the first-generation BMW X5 in 1999. Since then various other manufacturers have followed suit, designing vehicles that combine luxury motoring with off-road prowess, even if the vast majority of owners will rarely venture further a field then the school car park. BMW’s new third-generation X5 truly combines luxury and high-end technology, along with a range of powerful yet efficient engines.

The BMW X5 may be seen by many as the kingpin of the premium SUV market, but competition has never been stronger. Its foremost challenger is the all-new Range Rover Sport, successful in its own right too, with in excess of 415,000 units sold since if was first launched in 2005. This new variant has been reworked from the ground up with extreme weight savings along with the addition of new engines and transmissions. 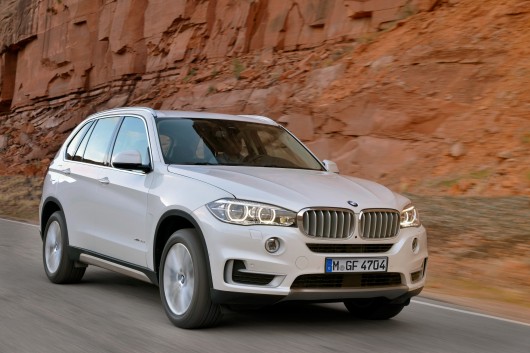 Both SUV’s are on sale in Ireland with a range of diesel and petrol engines, along with an almost endless range of optional equipment to suit all budgets and tastes. The primary seller for both is their 3.0-litre turbo diesel offerings. We test drove the BMW X5 xDrive 30d in M Sport guise and the Range Rover Sport SDV6 SE to attain a better understanding of each one’s strengths and weaknesses. Both models are easily recognisable as evolutions of their predecessors, the Range Rover Sport has taken a larger step forward over its precursor which appears somewhat dated when parked alongside this sleek new model. 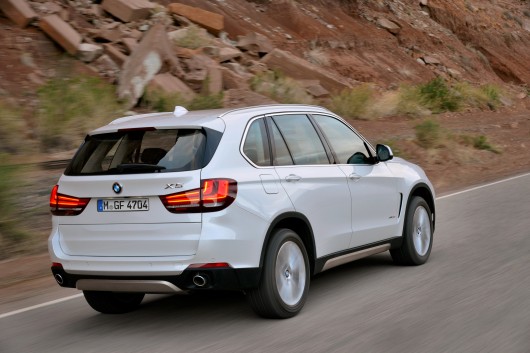 Pricing for the BMW X5 xDrive 30d commences from €78,950, with the M Sport variant costing from €86,810. It’s effortless to inflate this price considerably when you look at the options list, our test car had just over €16,000 worth of accessories tipping the price into six figures. Although the adaptive LED headlights are impressive and the 20” M Sport alloy wheels rather cool, it’s difficult to justify the combined €4,375 for them. The standard level of equipment should be sufficient for most, bar a few choice extras. BMW has increased the standard kit with 19” alloy wheels, automatic climate control, Bluetooth connectivity, cruise control with braking function all included.

The Range Rover Sport has two power outputs for its 3.0-litre turbo diesel engine, the 258hp TDV6 is priced from €84,360, the more powerful 292hp SDV6 commences from €95,450. It’s not difficult to top the €100,000 mark here either. Our SE model like the X5, offers a decent level of equipment as you might expect when purchasing a vehicle in this price category. Just some of its highlights include air suspension, hill descent control, heated windscreen, heated front and rear seats, 8” touch screen and satellite navigation. 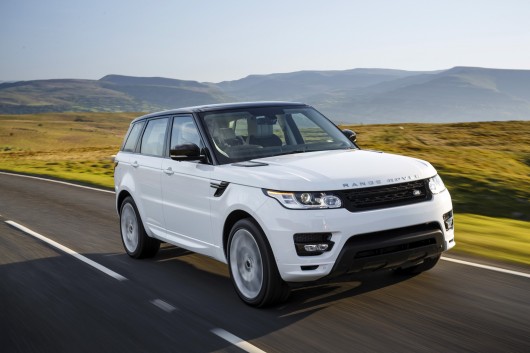 The interior of the X5 is spacious and secure, with familiar BMW architecture for the instrument panel and main switch gear. The 10.25” colour screen has crystal-clear clarity and is equipped with an excellent satellite navigation system that’s intuitive to use, as it BMW’s latest iDrive operating system. There’s a distinct quality feel to all the buttons and switches throughout. The Range Rover Sport’s interior feels more luxurious in comparison, there’s less clutter on the dash with all the main controls for the entertainment systems, telephone and navigation controls integrated into one easy to use touch screen. Travelling long distances in the Range Rover Sport is something you look forward to, either as a driver or passenger. 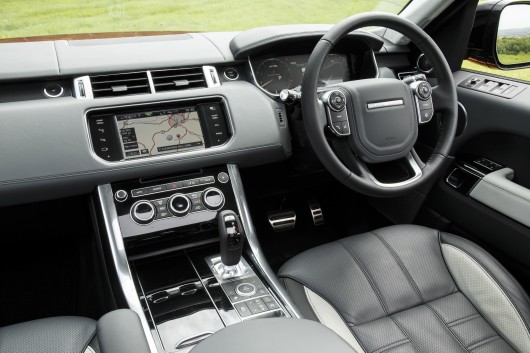 The BMW’s 3.0-litre six-cylinder twin-turbo diesel engine is a silky smooth unit, delivering a respectable 258hp and 560Nm of torque. It’s mated to an eight-speed automatic transmission that’s perfectly suited to this engine. It’s an efficient power horse too, and thanks to CO2 emissions of 162g/km it’s significantly less expensive to tax in comparison to its competitor, (€570 against €1,200). The 3.0-litre V6 turbo diesel in the Range Rover Sport produces a stern 292hp and 600Nm of torque, despite the additional power the X5 is fractionally faster to 100km/h from a standstill. The eight-speed ZF automatic transmission is a gem of a gearbox, you rarely find yourself requiring to change gears manually as it seems to precisely select the correct gear at the optimum speed. In the real world there is very little difference in power delivery from both SUV’s each one is equipped with selectable drive modes that alter the characteristics of the engine response along with steering and throttle sensitivity. The Range Rover Sport has the edge over the X5 in terms of handling on twisty sections of road. It glides over bumps as if they’re not there, whereas the X5 has a tendency to tramline when you meet a furrowed section of road. The optional 20” alloy wheels with low profile tyres on our test car may have added to this effect, the ride is almost certainly more comfortable and predictable when equipped with 19” wheels. 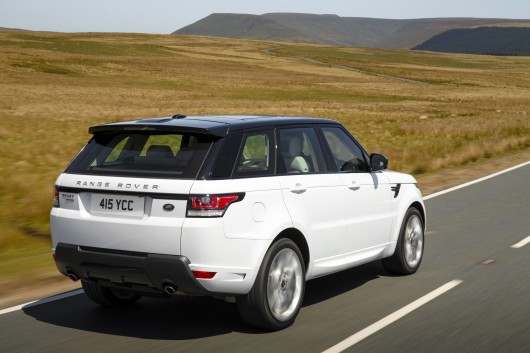 Both of these premium SUV’s excel in what they are designed for, they attract attention with their large presence, combine luxury with competent ability both on and off-road. I don’t imagine any motorist who’s auspicious enough to be in a position to purchase either of these vehicles will be anything less then impressed with their chosen chariot. If I had to pick between the two, I’d choose the Range Rover Sport, it just edges out a narrow victory margin for me with its high-class interior and driving dynamics.

This review first appeared in The Irish Times on the 11th June 2014.