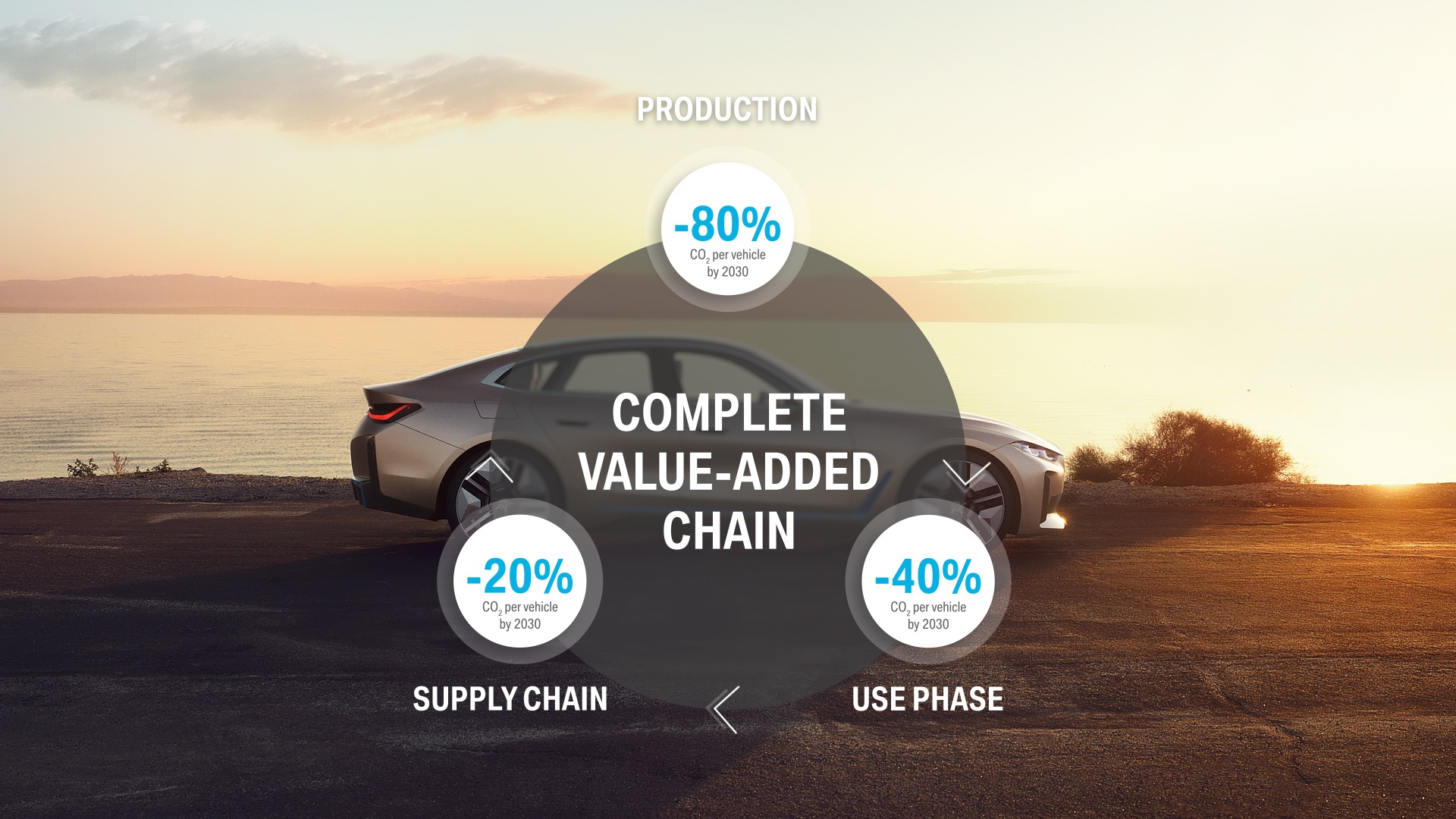 The BMW Group is making sustainability and resource efficiency central to the company’s strategic direction. Chairman of the Board of Management Oliver Zipse announced initial details of this strategic direction in Munich today and presented the targets the company has set itself for the phase up to 2030. The BMW Group is building on a strong foundation: Over the past years and decades, the company has repeatedly set standards in terms of sustainability. The principle of continuous improvement will remain at the heart of the strategy to reduce CO2 emissions and increase resource efficiency.

“I firmly believe the fight against climate change and how we use resources will decide the future of our society – and of the BMW Group. As a premium car company, it is our ambition to lead the way in sustainability. That is why we are taking responsibility here and now and making these issues central to our future strategic direction,” said Oliver Zipse. “This new strategic direction will be anchored in all divisions – from administration and purchasing to development and production, all the way to sales. We are taking sustainability to the next level.”

As part of this process, the BMW Group is setting itself clear targets for CO2 reduction up to 2030. For the first time, these extend throughout the entire lifecycle: from the supply chain through production to the end of the use phase. The aim is to significantly reduce CO2 emissions per vehicle by at least one third across the entire spectrum. For a fleet of around 2.5 million vehicles, as produced by the BMW Group in 2019, this would correspond to a reduction of more than 40 million tonnes of CO2 over the lifecycle in 2030.

“We have made a very clear commitment to the Paris Climate Agreement. With this new strategic direction, we are therefore setting a course that is in accordance with the well below two-degrees target. We are not just making abstract statements – we have developed a detailed ten-year plan with annual interim goals for the timeframe up to 2030,” said Zipse. “We will report on our progress every year and measure ourselves against these targets. The compensation of our Board of Management and executive management will also be tied to this.”

Starting next year, the BMW Group will publish its financial figures and general business development in an integrated report that will also include updates on its sustainability goals. “This not only sends a clear signal that we consider our business model and sustainability to be inseparable, but also that we will be subjecting our sustainability activities to even broader external and independent scrutiny than in the past – because transparency is the best way to strengthen credibility,” said Zipse. The BMW Group is basing its goals on the guidelines of the recognised Science-Based Targets Initiative [https://sciencebasedtargets.org/], which it will also join. Among other things, this means that the CO2 emissions from the production of fuels are also included (“well-to-wheel” approach).

CO2 from production and sites to be lowered by 80 percent
The BMW Group can directly influence the CO2 emissions of its own plants and sites, where it already sets the benchmark for the efficient management of resources. The company is targeting the biggest reductions industry-wide in this area by 2030 – thus following a more ambitious path than the 1.5 degree goal. Having already lowered emissions per vehicle produced by more than 70 percent since 2006, the BMW Group now aims to reduce its emissions (Scope 1 + 2 – Link) by a further 80 percent from 2019 levels by 2030. CO2 emissions will then be less than 10 percent of what they were in 2006. The main lever for this is production, which generates around 90 percent of the company’s Scope 1 and Scope 2 emissions.

In addition to sourcing 100-percent green power as of this year, the BMW Group will systematically invest in optimising its energy efficiency and using the possibilities enabled by digitalisation. The BMW Group is already applying methods like data analytics to make its production more efficient – for example, by minimising scrapped parts in the body shop and through predictive maintenance for machinery. The company will drive further expansion of renewable energy sources at its worldwide locations. The use of green hydrogen can also play an important part in energy generation at suitable BMW Group locations.

In addition to this significant reduction in substance, the BMW Group will also fully offset its remaining CO2 emissions (Scope 1 + 2) from 2021 on with appropriate certificates.

Lowering CO2 emissions on the road through millions of electrified vehicles
The objective is to reduce CO2 emissions from vehicles by 40 percent per kilometre driven. The main lever here is a far-reaching product strategy with massive expansion of e-mobility: In ten years, the goal is to have a total of more than seven million electrified BMW Group vehicles on the roads – around two thirds of them with a fully-electric drive train.

“The best vehicles in the world are sustainable. That is why premium and sustainability will be even more inextricably linked in the future,” said Zipse. “We are using our exceptional technological expertise in both hardware and software not only to make these vehicles desirable, but also to help reduce CO2 through them.” Accordingly, the BMW Group is also fully on track to meet its CO2 fleet targets in the EU this year.

Product strategy: fully-electric models in high-volume series
The BMW Group is already a leading provider of electrified vehicles: By the end of 2021, the BMW Group will offer five fully-electric production vehicles: the BMW i3*, the MINI Cooper SE*, the BMW iX3*, the BMW iNEXT and the BMW i4. Another milestone will be the upcoming generation of the BMW 7 Series. The BMW brand flagship will be available with four different drive technologies: with a highly efficient diesel or petrol engine with 48-volt technology, as an electrified plug-in hybrid and, for the first time, as a fully-electric BEV model. The company will have 25 electrified models on the roads by 2023 – half of them fully electric.

In addition to the BMW 7 Series, comprehensive electrification will be rolled out throughout the model line-up: Further examples of the “Power of Choice” will be the high-volume BMW X1 and BMW 5 Series, which will also be available in the future with all four drive train variants – fully-electric, plug-in hybrid, diesel and petrol with 48-volt technology.

As part of its Efficient Dynamics strategy, the BMW Group will also continue its work on reducing the fuel consumption of conventional drive trains and making them more efficient. The ongoing rollout of 48-volt technology is another element of CO2 reduction.

CO2 in the supply chain: significant reduction instead of big increase
With growth in e-mobility, much more attention will need to be paid to upstream added value in order to reduce CO2 – for example, looking at energy-intensive production of high-voltage batteries. Because, without corrective measures, the growing share of electrified vehicles would mean CO2 emissions per vehicle from the BMW Group supply chain would increase by more than a third by 2030.

The company not only wants to avoid this increase, but also lower CO2 emissions per vehicle by 20 percent from 2019 levels. One of the ways the BMW Group is doing this is by defining a supplier’s carbon footprint as a decision criterion in its contract award processes. The company leads the way as the first automobile manufacturer to establish concrete CO2 targets for its supply chain, which comprises around 12,000 tier 1 partners worldwide who supply material and components for vehicles, as well as additional suppliers providing production equipment or tools. The BMW Group has a total purchasing volume of more than 60 billion euros per year; around two thirds of this amount is for direct vehicle production.

“CO2 must be reduced in partnership between manufacturers and suppliers. If you want to convince partners, you must act as a role model. As a leader in sustainability, what we say counts a great deal with our suppliers – so we leverage our reputation in this respect,” said Zipse. “Our aim is to ensure the most sustainable supply chain in the entire industry.” To achieve this, the BMW Group is not just focusing on the top level of its tier 1 suppliers, but also seeking to anchor the topic of sustainability throughout its entire supply chain.

The BMW Group has already reached a contractual agreement with its cell manufacturers that they will only use green power to produce fifth-generation battery cells. This will save a total of around ten million tonnes of CO2 over the next ten years. That is roughly the amount of CO2 a city of over a million inhabitants, like Munich, emits per year. The company will significantly expand its own use of green power and, in the coming years, work with its component and raw material suppliers to do the same throughout the entire supply chain. In this way, the BMW Group aims to ensure its partners fight climate change with the same determination and impact as it does itself.

Circular economy for responsible resource management
Alongside lowering CO2 emissions, resource management also plays a central role in the BMW Group’s business model: For instance, electromobility cannot rely solely on primary materials in the long term. The underlying flow of resources needs to change. By making the recycling chain more transparent, the BMW Group aims to create high-quality secondary material and enable itself to track actual further use of raw materials in the cycle. “Our goal is clear: We want to further close the material cycles to protect nature’s finite resources and use them even more efficiently,” said Zipse.

Vehicles already have to be 95 percent recyclable – but the percentage of secondary material in new vehicles is still relatively low. That is why the BMW Group plans to increase the share of secondary material in its vehicles significantly by 2030 – and is also exploring very far-reaching scenarios. Secondary material reduces CO2 emissions substantially compared to primary materials: by roughly factor 3-4 for aluminium and factor 2-3 for cobalt, nickel and lithium. Minimising the amount of new extraction needed is also essential to conserve resources and reduce the potential for conflict – especially for critical raw materials.

The BMW Group is also piloting digital tools all the way to blockchain technology to track and verify global flows of goods. The PartChain project, for instance, enables tamper-proof and consistently verifiable collection of data in the supply chain. Going forward, critical raw materials, in particular, could be tracked all the way from mine to smelter. 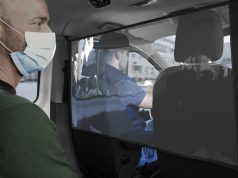 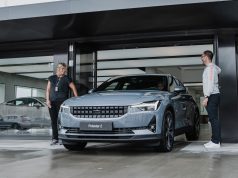 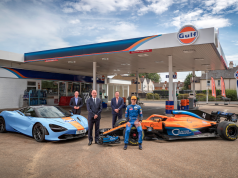