For as long as I can remember, the BMW 5 series has consistently been the cornerstone of the German brand. Sure, they’ve had some iconic models over the years but none have repeatedly achieved so much. The most recent overhaul of the 5 series is no different and proves that the age-old core values still exist. At a launch event hosted by BMW earlier this year, BMW showcased the previous 6 generations of the 5 series highlighting just how much it has evolved over the years but has maintained characteristics which are consistent through-out. 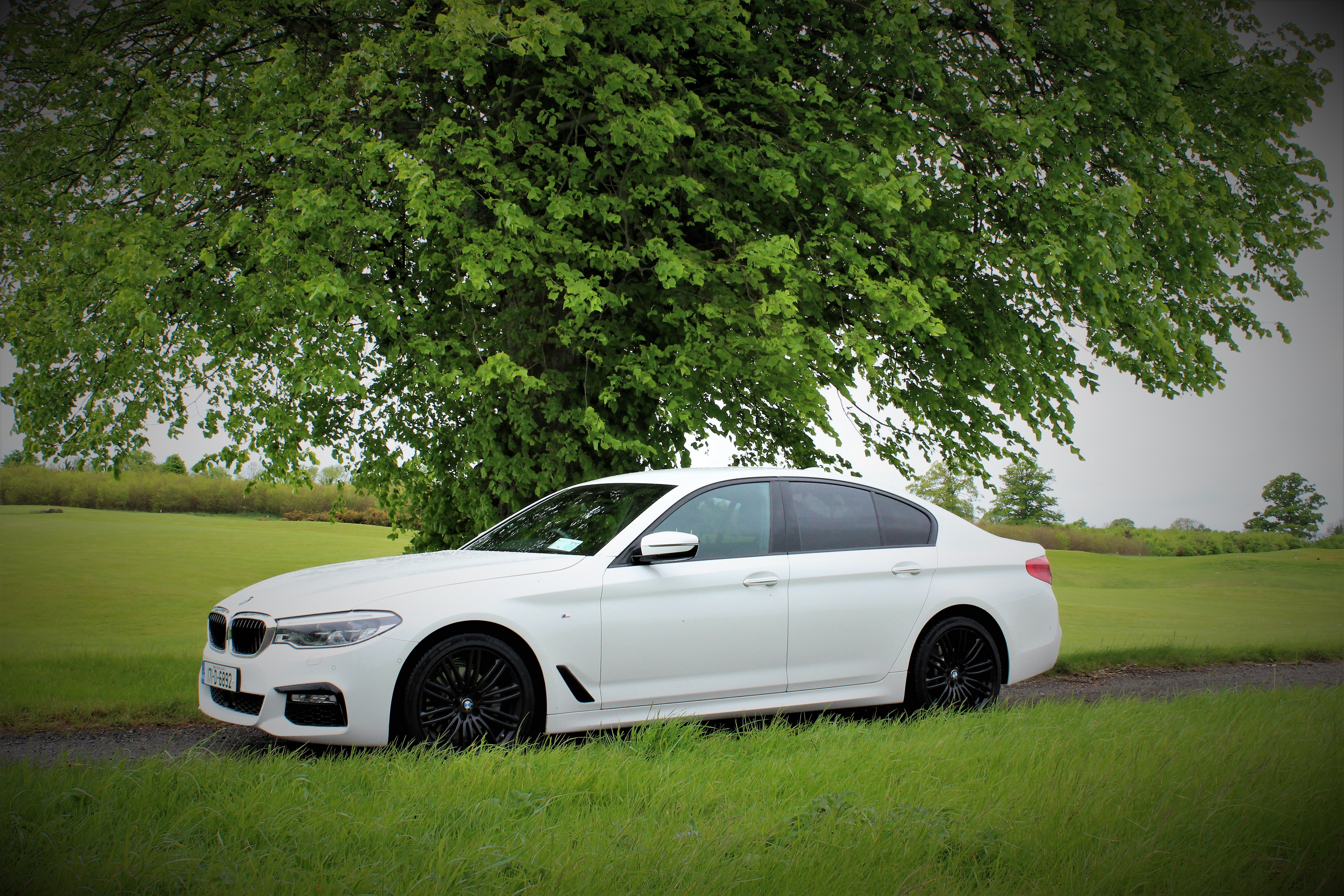 The new 5 series comes with a host of engine choices between diesel and petrol variants and all are available with the option of BMW’s clever xDrive four-wheel drive system. During the launch event held at Mondello Park, we had the opportunity to experience the xDrive system, albeit during a brief demonstration. Short as it was it did give us all the chance to see just how the system works and ensures that adequate traction and power are distributed at just the right time. When compared with the standard rear wheel drive system you really can see the benefits. 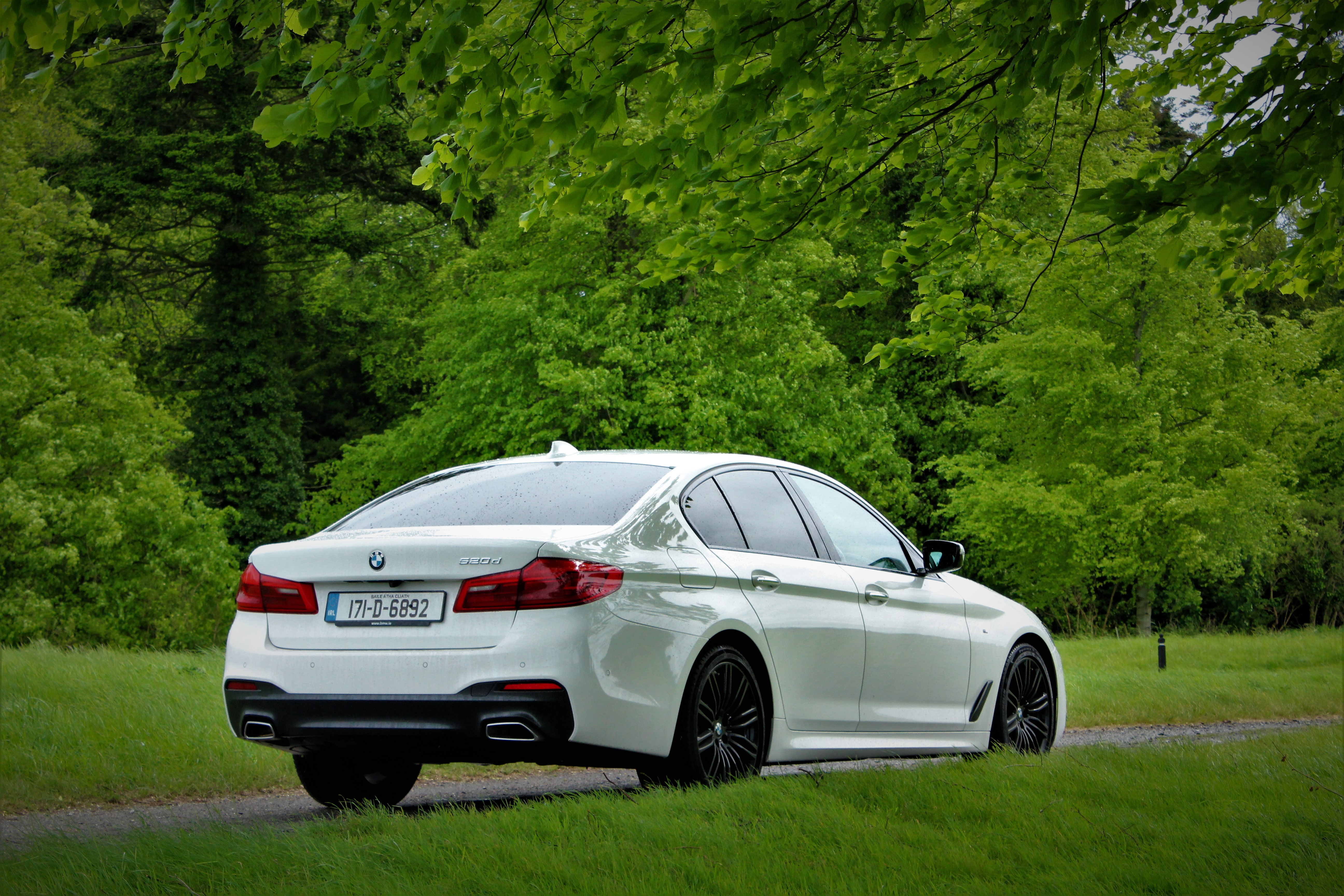 From the outside the new 7th generation 5 series looks stunning, especially in the Alpine White finish of my test model. Sitting on the 19-inch alloys which are an optional extra with the M Sport Plus package, the 5 series looks sleek and sporty and delivers a great presence on the road. BMW have also managed to reduce the weight of the new 5 series as well as revising the suspension setup along with adding a host of new technology such as the latest iDrive system, gesture control and the latest in BMW’s semi-autonomous driving features.

As you sit inside the new 5 series you realise very quickly that it is a very nice place to be. Everything is centred around the driver as expected. The iDrive system is one of the simplest systems I have experienced when it comes to accessibility. The front sports seats offer an excellent level of comfort and support. There is also ample adjustment available on the driver’s seat in order for you to find your optimum driving position. All the materials used throughout the interior of the 5 series look and feel of a suitably high quality. Located at the centre of the dash you will find a 10.25 inch screen which can be controlled in four separate ways, through the normal iDrive system, voice command, touch and now gesture control. 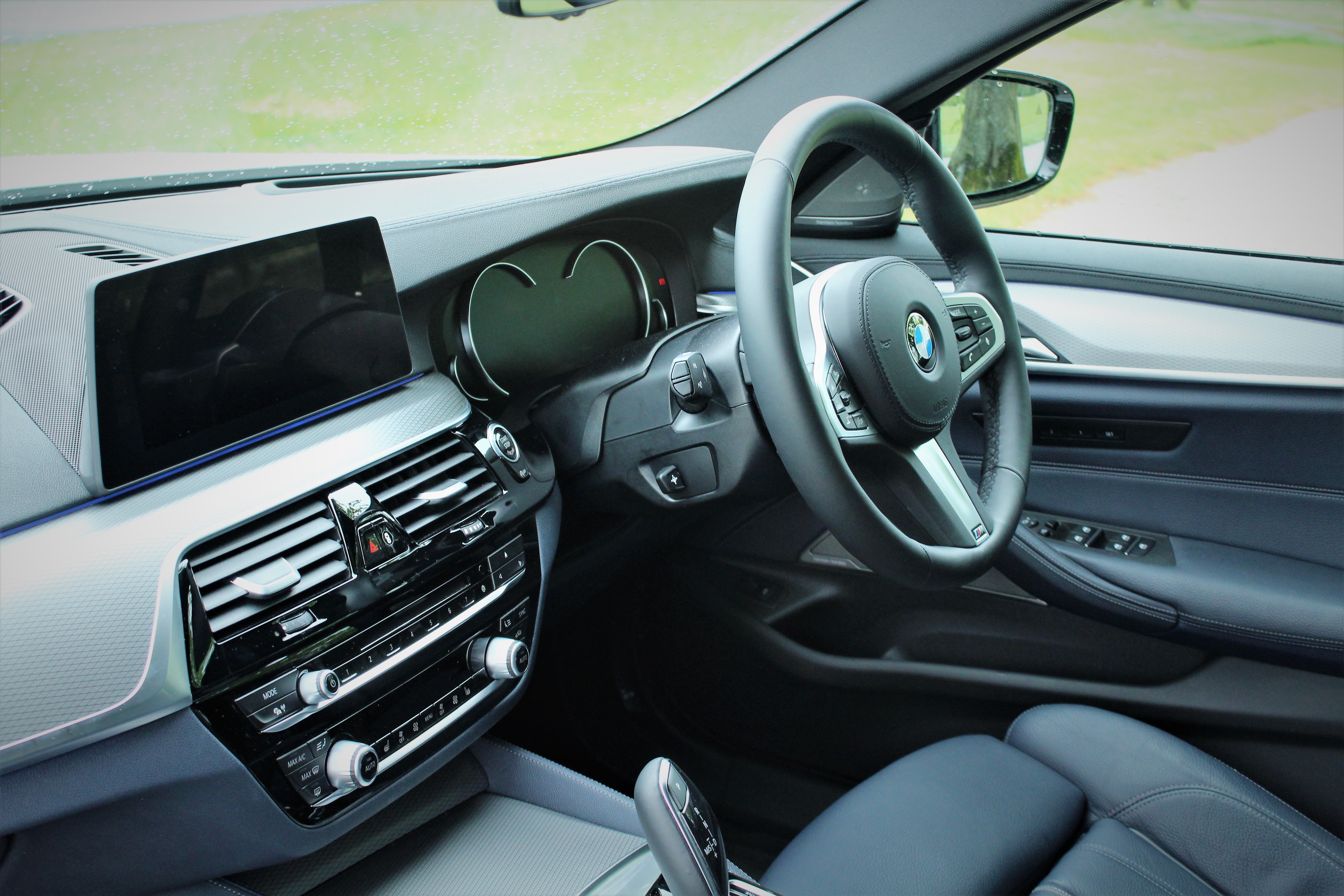 Also included in the optional technology package is the head-up display which BMW state has a projection area which is 70% greater than the previous model. The technology package also includes enhanced Bluetooth connectivity and wireless charging and the BMW display key which allows you to remotely check if you have closed the vehicles windows, sunroof and doors, operate the vehicles auxiliary ventilation system, check the cars fuel level and range and it also displays any service messages. Quite a nifty system if I’m honest. The wireless charging is probably one of the greatest benefits. For those of us who have compatible phones you simply place it on the wireless charging pad and away it goes. This pad also charges the display key. 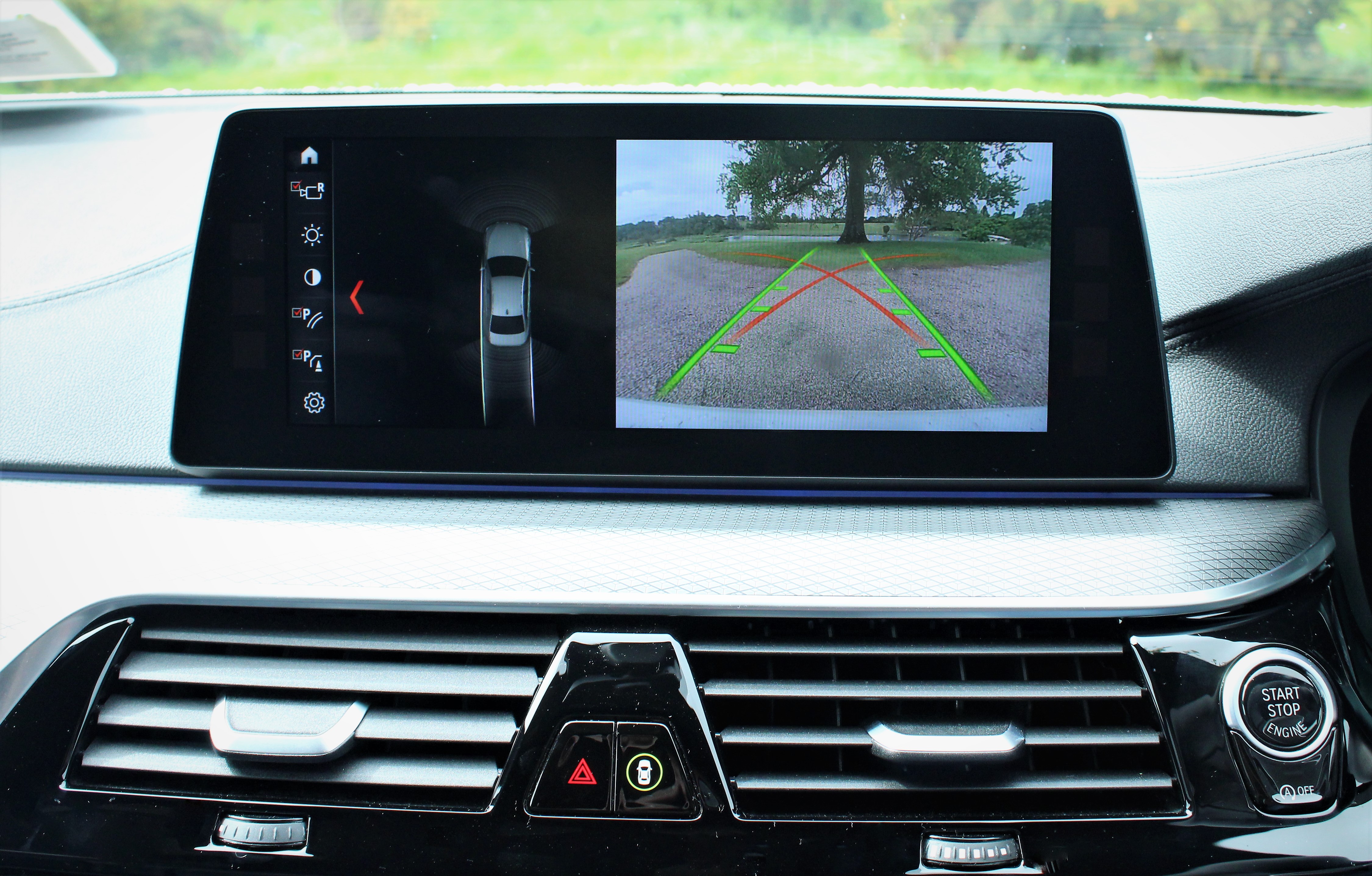 On the road, the BMW 5 series performs as flawless as you would expect. While my test model is powered by the smallest of the available engines, the 520D is paired with a 2.0 litre diesel engine which has an output of 190hp at 4,000rpm and a maximum torque of 400Nm while the automatic transmission, an eight speed Steptronic, offers seamless gear changes. Steering mounted shift paddles are also available as standard. Given the advances which have been made with the front and rear suspension setups as well as the weight savings, handling is almost flawless. I should say that my test model was also equipped with the optional Variable Damper Control which allows you to select your suspension setting to suit your driving experience. 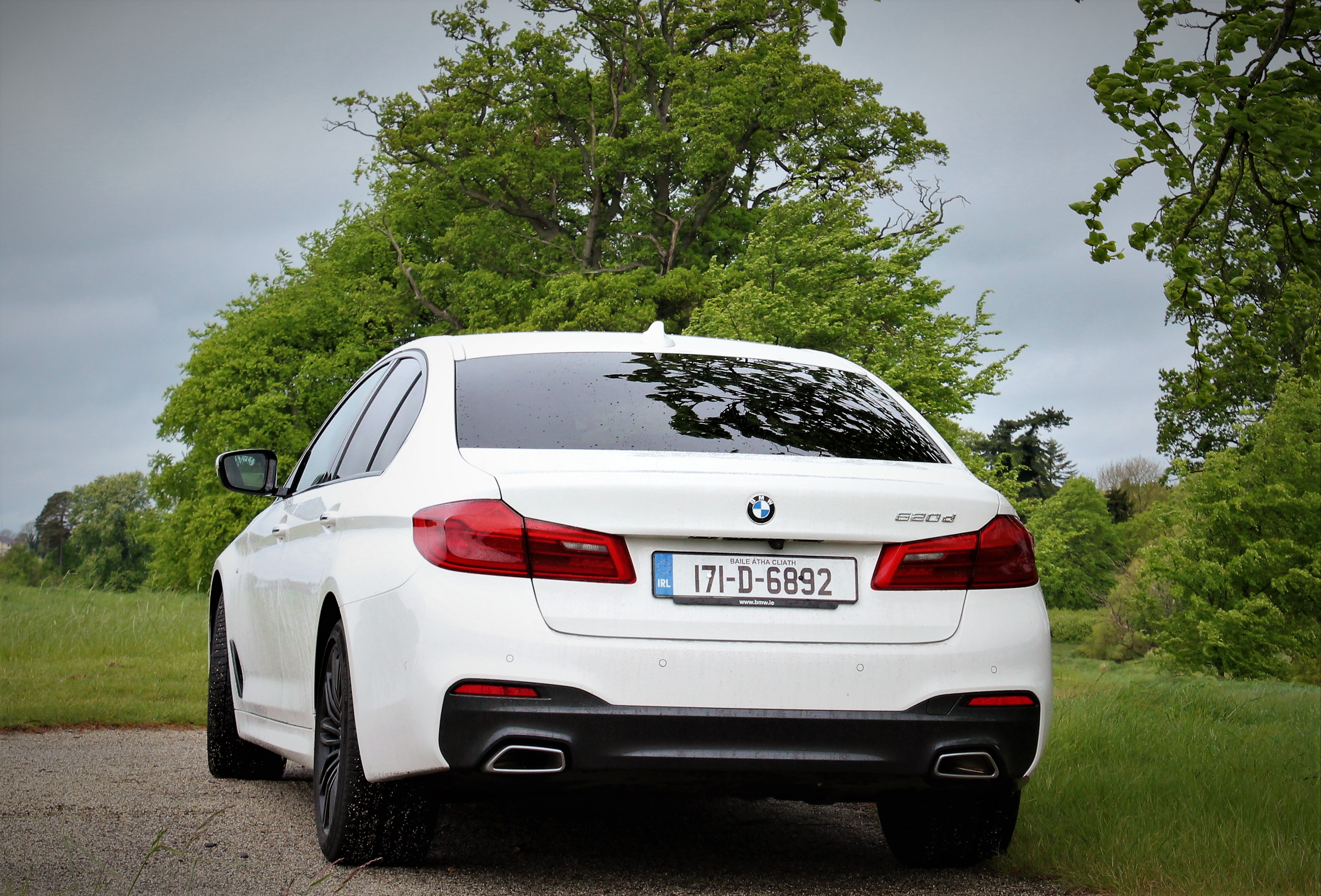 There are also a host of driving aides included in the optional driving assistance plus. This provides the benefit of dynamic cruise control, active cruise control, lane keeping assistant, lane departure warning as well as lane change warning. There is also a side collision warning which warns the driver by way of a visual signal and vibration through the steering wheel if another vehicle is encroaching from the side. The addition of the driving assist plus package also provides an evasion aid which will perform a swift lane change should an obstacle suddenly appear in your path. This system operates up to 160km/hr. All of these above systems also feed into the autonomous driving system which keeps the car in its lane and maintains the set speed thus taking some of the stresses out of driving. 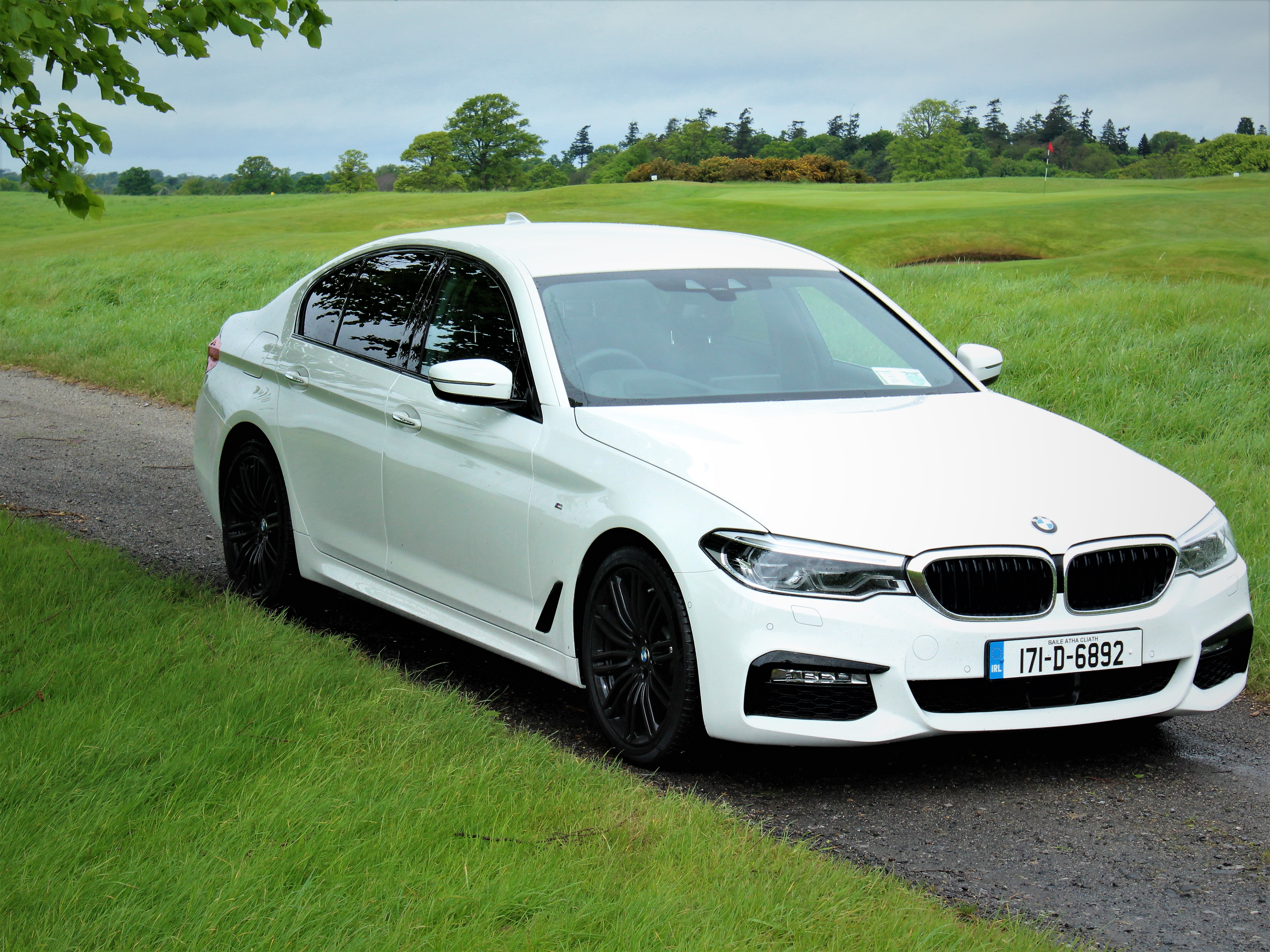 Overall what BMW have achieved in the newest version of the 5 series is undoubtedly one of their best 5 series yet. It ticks so many boxes that it is definitely a contender for being the best car in its class. While the base price is quite reasonable on the BMW 520 D M Sport with my test model starting at €56,980, the addition of a host of welcomed extras boosted the price tag up north of €73,000.