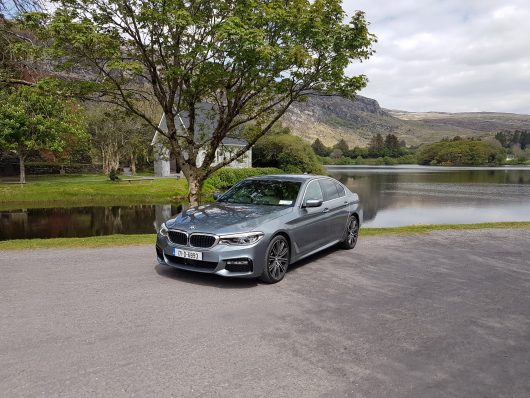 There is no doubting that BMW has put a gigantean effort into its new 5 Series to ensure sales success against its closest rivals, these include the Mercedes-Benz E-Class, Audi A6 and Jaguar XF, all extremely competent machines in their own right. Visually this new 5 Series is an attractive car, especially in M Sport guise as our test car was. Despite being larger than its predecessor, it’s lighter thanks to the use of aluminium in the chassis and body panels. I think it’s closed the gap in appearance to its larger sibling the 7 Series, which is a complement to this executive saloon. 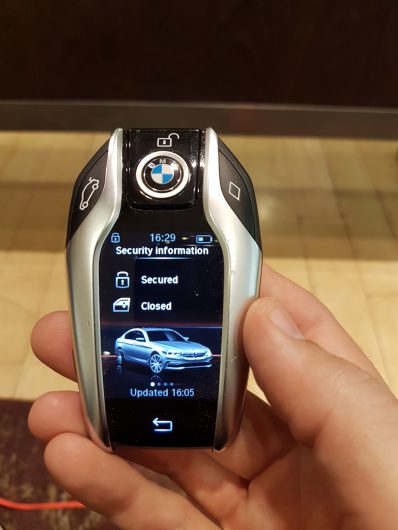 The sporty, premium appearance is carried over to the interior, the seats are extremely comfortable and supportive. We drove from Kildare to Kerry in one stint arriving as fresh as if we drove to the local shops. All occupants have an abundance of space and comfort. This new variant is jam packed with technology, including gesture control and semi-autonomous driving with the optional driving assistant pro. The head-up display is now larger and displays more information, allowing you to keep your eyes on the road. 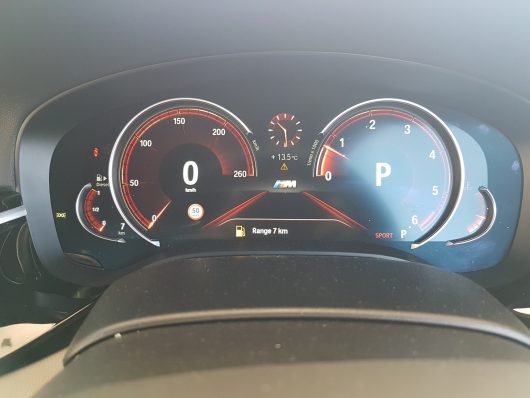 Our test car was the 530d M Sport variant, complete with BMW’s xDrive all-wheel-drive setup. Its 3.0-litre six-cylinder twin-turbo diesel engine produces a stern 261hp and 620Nm of torque, it’s a powerful unit especially when coupled to the eight-speed automatic transmission. You can really travel long distances in a short space of time in this 5 Series, the xDrive is a great reassurance for those wet and wintery days. BMW should advertise their xDrive more, it’s a strong tool in their arsenal to compete with Audi’s renowned quatrro system. 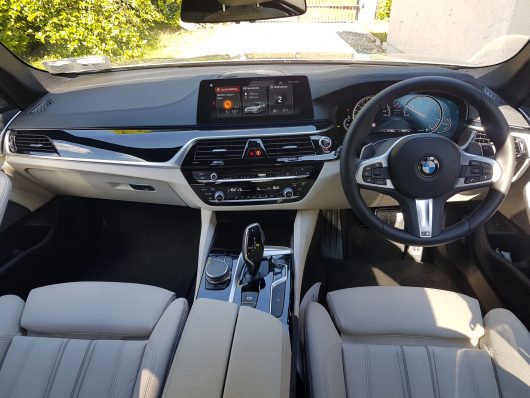 The 5 Series isn’t just excellent at motorway cruising it’s enjoyable to drive spiritly on a twisty section of country road too. The damping is firm yet not uncomfortable, when you select sport mode the steering weighs up nicely and the throttle response sharpens for instant response from the driver’s inputs. It handles tight corners with the precision and confidence of a car have its size, it truly is surefooted. 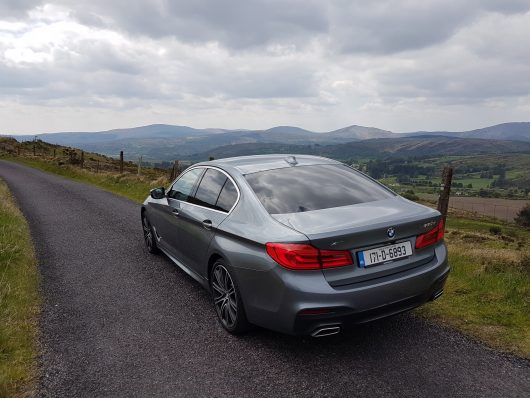 The standard range of equipment on the new 5 Series is fairly extensive, although the options list is staggering. Our test car had €17,000 worth of options which brings the price of the car to an eye-watering €90,736 which is into 7 Series territory. That said, the key seller in the range will undoubtedly be the 520d which costs a lot less. This new 5 Series will impress, no matter which variant you drive. 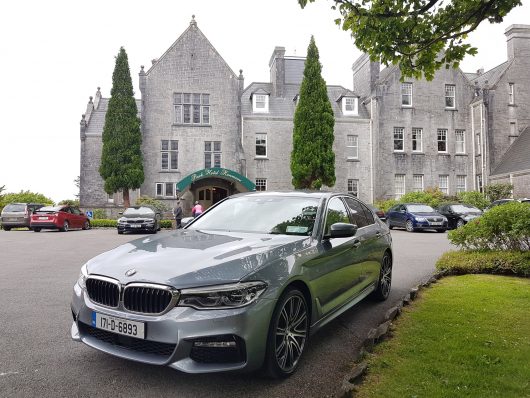