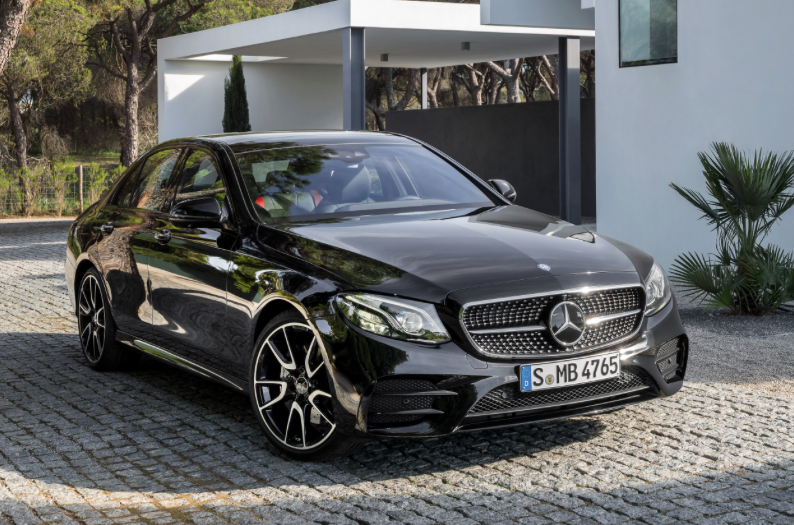 The Mercedes-AMG E43 4MATIC – the high-performance version of the new E-Class – has arrived on the market here. With features adopted from motorsport, cutting-edge technology and a 3.0-litre, V6 bi-turbo engine, which accelerates from 0-100 km/h in 4.6 seconds, the new E43 is one described by Mercedes-Benz as ‘offering pure driving performance with everyday practicality’.
Although understated in terms of its appearance, the E43 is distinctly AMG. Dominating the sporty front are three large air openings and a new chrome surround grille with diamond pins, inset star and single louvre set against a high-gloss black finish.

From the side, the eye is drawn to the 19-inch AMG five-spoke light-alloy wheels and, from the rear, to the chrome-plated quad-flow exhaust tailpipes and spoiler. Its squat appearance and distinctive AMG lettering combine to inform onlookers of its distinctive pedigree. As expected from a Mercedes-Benz, the E43’s interior plays host to materials of the highest quality. Sport seats with improved lateral support, exclusive AMG pedals, black roof lining and red seat belts come as standard while a multifunction sports steering wheel finished in black leather with red topstitching emphasise its sports car appeal. 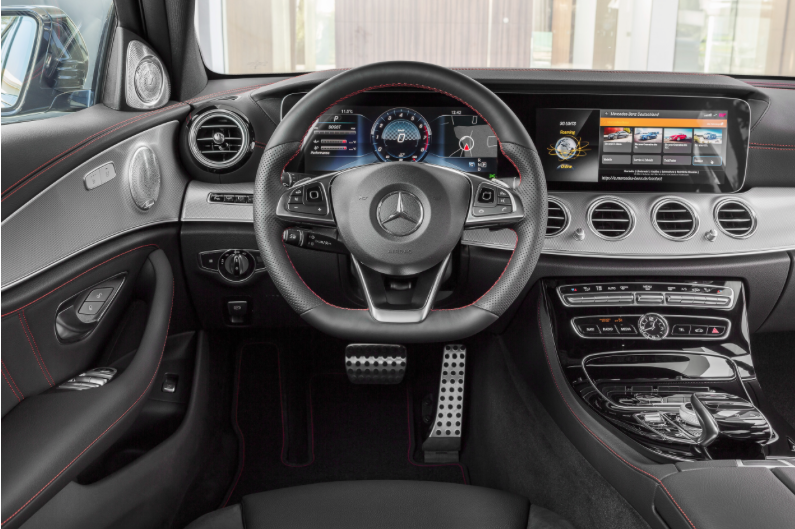 With four-wheel drive as standard, the E43 also comes equipped with an AMG 9-speed sport transmission with speed shift, multi-clutch technology and wet start-off clutch. Driving performance is further enhanced with DYNAMIC SELECT, which enables the driver to tailor the characteristics of the car at the touch of a button. For added agility and higher traction, a dedicated multi-chamber air sports suspension was developed and included as a standard feature. Its V6 biturbo engine boasts a high power output combined with low fuel consumption and emissions. To increase its efficiency and reduce fuel consumption, the E43 is equipped with a start/stop and gliding function. When the driver releases the accelerator in a speed range between 60 and 160 km/h, the gliding feature works to disengage the clutch and decouple the engine from the powertrain.

Expected to sell here in what Mercedes-Benz sales manager in Ireland, Ciaran Allen says will be ‘limited’ numbers, the E43 will ‘appeal to those searching for a car that combines everyday practicality with unparalleled performance’. Currently available for viewing at a select number of Mercedes-Benz main dealers, the E43 comes on the market at €93,365 ex works, increasing according to the level of specification required. 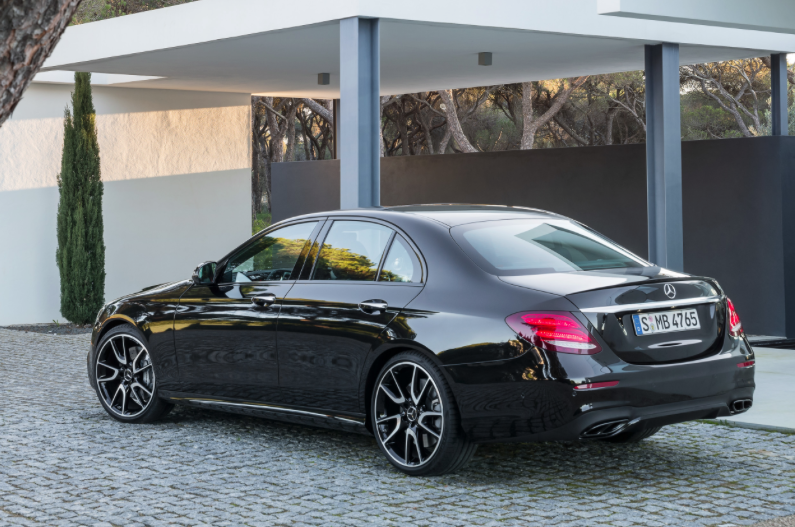