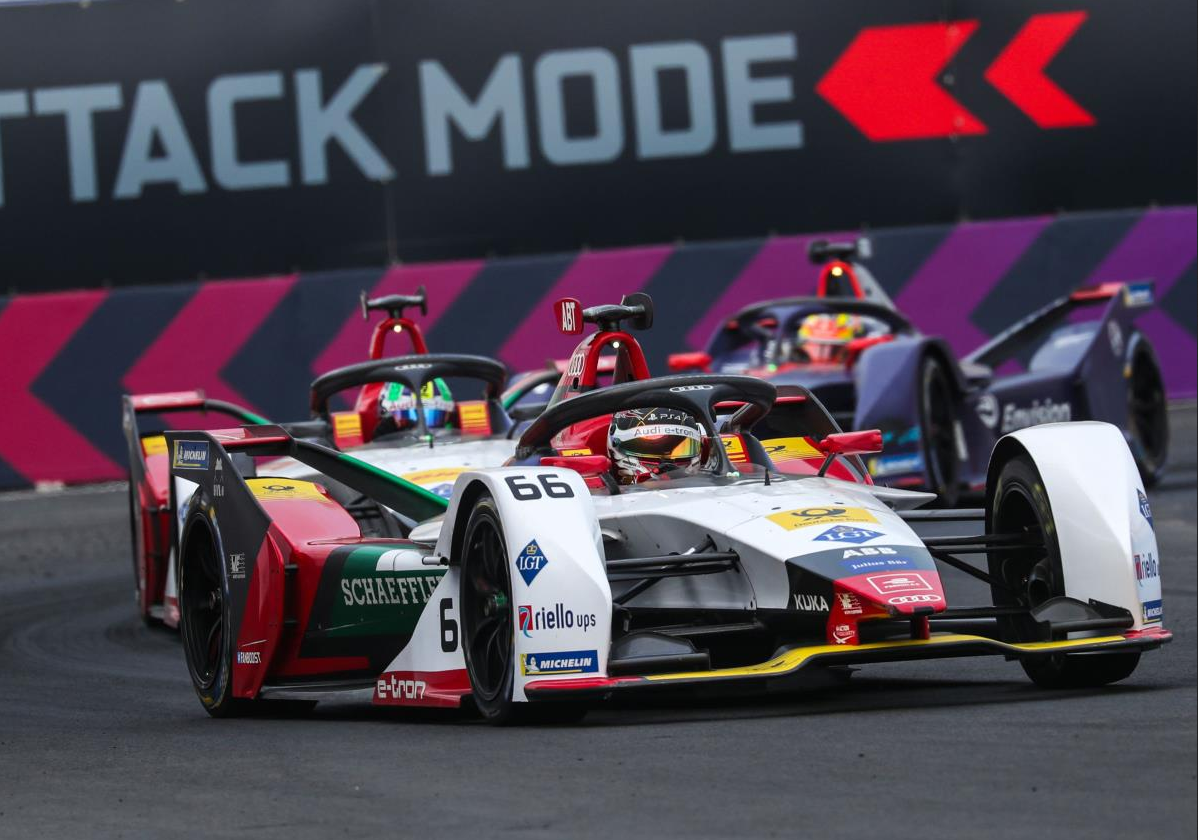 Following events in Asia, the Middle East, and South and Central America, the electric racing series will race on the streets of Rome on Saturday (April 13). Daniel Abt and Lucas di Grassi are in the thick of the fight for the top spot. With their team, Audi Sport ABT Schaeffler, they are separated from the leaders of the standings by only one point. The race in Rome this weekend marks the midpoint of the Formula E season and the beginning of the European races. Before the seventh of thirteen rounds in total, the situation could hardly be more thrilling: in the teams’ classification, the top four are within just two points of each other and in the drivers’ standings, the top six are separated by only ten points.

“The race in Rome marks the beginning of the ‘hot phase’ in the championship, because the upcoming four races will be taking place in compact two-week intervals and could be decisive for the outcome of the title race,” says Team Principal Allan McNish. “Rome was an outstanding event at the premiere last year, when Daniel and Lucas finished in the top four. The circuit has unique characteristics and is a true challenge: a fast first section with a small jump and an extremely narrow and difficult final part. I’m sure that the fans are going to see a fantastic race t the first European round this season.”

The 2018/2019 season is the first in which all of the European races (Rome, Paris, Monaco, Berlin and Berne) are consolidated in a dedicated classification called the “voestalpine European Races.” Last year, Lucas di Grassi was the only driver to achieve the feat of finishing on the podium in all of the races that were held in Europe. That is one of the reasons why the Brazilian is particularly looking forward to the event in Italy.

“I have a lot of Italian blood in me – a test revealed that an amazing 82 percent of my DNA is from Italy. That’s why Rome is like a home round for me,” says Lucas di Grassi, whose ancestors are from the Apulia region in Southern Italy and who speaks Italian fluently. “The track is one of the most challenging of all, with elevation changes and even a jump.” At the last round in Sanya, Lucas di Grassi, while on course for valuable points, was taken out of the race by a collision not of his own doing. “The season is now entering an exciting stage: everyone is very close together, so it’s all the more important to consistently score points from now on in order to stay in contention.”

Daniel Abt has a positive streak of success to defend in Rome: the German is one of only two drivers in the field of twenty-two entrants to have scored points in all six races held so far. “Obviously, I’d like to continue this streak and preferably clinch a trophy again,” says Abt, who scored a podium finish in Santiago de Chile this season. “The championship is now picking up momentum and is beginning to be really exciting. We are in a good position and want to build on that now.”

Besides the Audi Sport ABT Schaeffler factory team, the Envision Virgin Racing customer team with Sam Bird and Robin Frijns races with the e-tron FE05 that has been jointly developed by Audi and technology partner Schaeffler. The British team is currently leading the teams’ classification.

The seventh round of the Formula E season in Rome starts on Saturday at 4 PM local time and, as usual, lasts for 45 minutes plus one lap. As always, Eurosport will provide live coverage of the race in Italy. All international channels, including broadcast schedules, can be found online at www.fiaformulae.com.