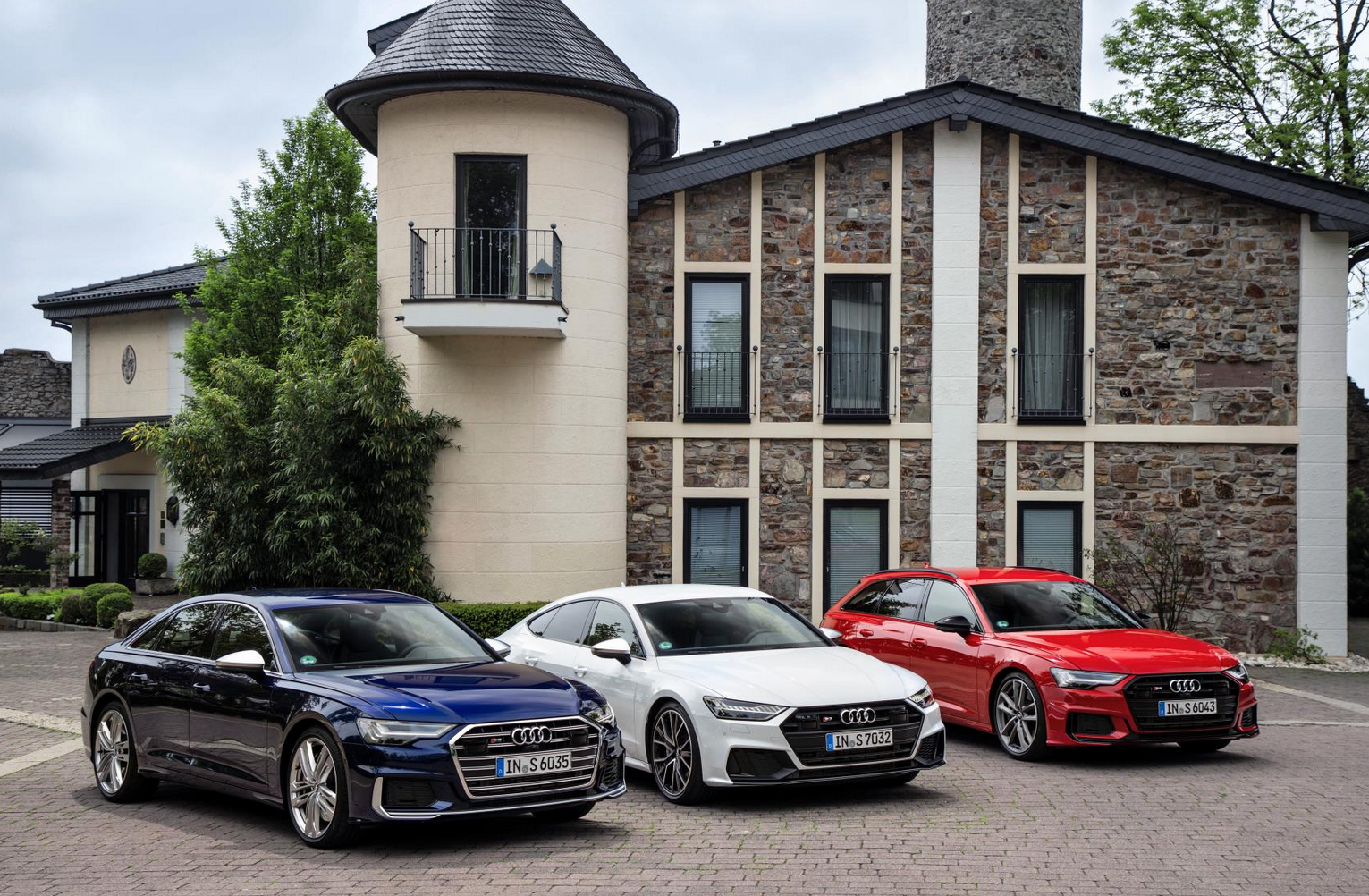 Audi Ireland has announced the pricing for the Audi S6 TDI & Audi S7 Sportback. For the first time the executive class Audi S Series models are welcoming TDI power into their ranks – the new Audi S6 and S7 join the recently reinstated SQ5 in offering a torque-rich V6 TDI engine that fully delivers on the promise of the red rhombus-backed S badge but is also in it for the long haul. Thanks to an electrically powered compressor working with a 48-volt primary electrical system, the new MHEV models combine characteristic TDI economy with exceptional throttle response which can be fully exploited with the help of S sport suspension with damping control and dynamic all-wheel steering.

Irish pricing for the Audi S6 TDI & Audi S7 Sportback has been confirmed with the models available to order from local Audi dealerships. Customers are encouraged to contact their local authorised Audi dealership today or visit www.audi.ie for more information.

“Torque kick”: electric powered compressor and 700 Nm of torque
The huge torque peaking at 700Nm is constantly available on demand to the driver across an engine speed range of 2,500 to 3,100 rpm is the ideal basis for performance-minded customers in Ireland. The S TDI models offer high driving dynamics and efficiency – an especially attractive combination for long-distance driving. With the S6 and S7 TDI models, Audi systematically takes the successful drive concept of the SQ7 TDI to the next level by pairing an electric powered compressor with a 48-volt primary electrical system. This takes the three litre V6 TDIs total power output to 349hp. Power transmission is handled by the eight-speed tiptronic automatic transmission, which always operates in tandem with quattro permanent all-wheel drive.

Concentrated high tech: the engine
The 3.0 TDI is notable for its power delivery and high efficiency. Its displacement of 2,967 cm3 develops 349hp of power. The V6 TDI weighs only around 190 kilograms and has concentrated high tech to offer in every department. Its common rail system injects fuel at a pressure of up to 2,500 bar. Crankshaft, pistons, connecting rods and oil management meet high-performance requirements, and sophisticated measures have been taken to reduce friction in the crankshaft and camshaft drive. The cooling circuits of the crankcase and cylinder heads are kept separate so that the engine oil warms up rapidly from a cold start – the heads have dual-section water jackets. The coolant flow is directed to the oil cooler, the EPC, the BAS and the compressor case of the turbocharger as needed.

Presence: the design of the S models
The S models are characterised by their striking, distinctive design and sophistication – outside and inside alike. The new Audi design further emphasises their even sportier look. A dynamically styled front trim, wide sills and a wide rear diffuser with four tailpipe trims infuse the S models with on-road presence. Distinctive S trim elements in dark chrome and aluminium on the radiator grille lamellas, the front blade, the side air inlet, the exterior mirrors and the rear diffuser proclaim their sporty characteristics at a glance.

On the S6, the horizontal splitter in aluminium look creates an enormous feeling of width at the front. It links the two air inlets and ends with the two winglets at the air ducts. At the rear, the S6 features an integrated spoiler that visually extends the boot lid, subtly emphasising its sportiness. Aluminium applications in the diffuser link the four S-specific tailpipe trims. These also underline the width of the vehicle.

On the S7, the wide, low Singleframe grille features lamellas in aluminium standard and a corpus in dark chrome matt. The air inlets are enlarged, with very bold contours, and their honeycomb-structure inserts come in titanium black. The blade running through them is in a gleaming aluminium look, as are the exterior mirror housings in aluminium. Other features that distinguish the four-door coupé from the S6 models are the funnels in the air inlets and the angular trim strips on the side sills.

Side-on, the sporty appearance of all three cars is enhanced by the large wheels, which are typical features of the S models. A reversing camera, S sport seats, valcona leather and a diffuser insert in dark chrome matt adds the finishing touch to the lower rear end. The four tailpipe trims are in gleaming chrome.