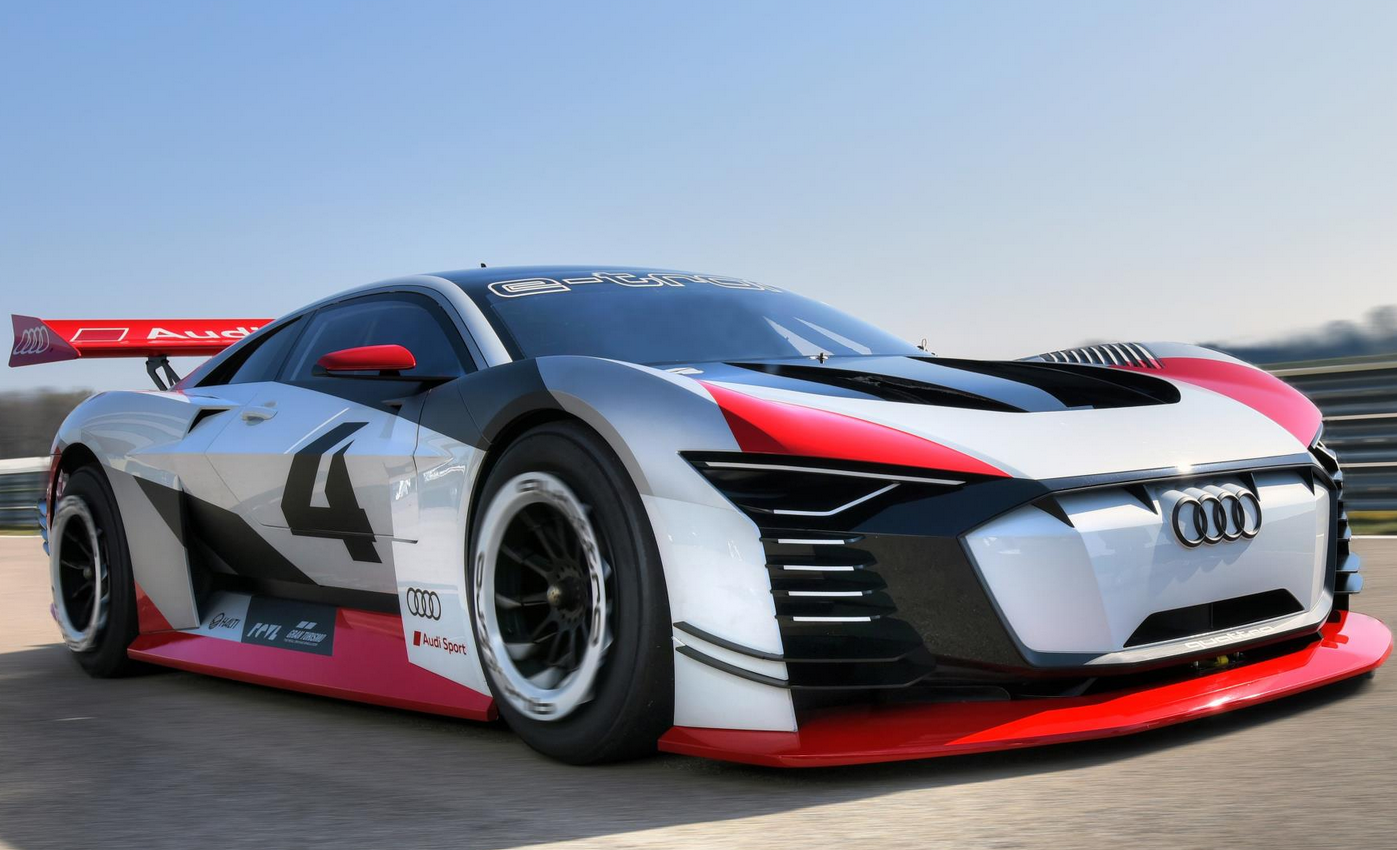 How cool is this thing? With the fully electric “Audi e-tron Vision Gran Turismo” concept car, Audi is now turning electric mobility into a tangible experience in a unique way. Originally developed exclusively for virtual races on PlayStation 4, Audi is making the new race car reality in conjunction with Formula E. Starting with the race in Rome on Saturday, April 14, the Audi e-tron Vision Gran Turismo will be deployed as a race taxi.

“E-Mobility is rapidly gaining importance,” says Peter Mertens, Member of the Board of Management, Technical Development, AUDI AG. “That is why in 2017 Audi was the first German manufacturer to enter Formula E with a factory-backed commitment. In our development laboratory motorsport, we are continuously expanding our expertise in e-mobility and gathering valuable experience also in extremely demanding conditions. With the Audi e-tron Vision Gran Turismo race taxi we are turning electric mobility into a tangible experience for our customers and guests as part of the Formula E races – in the middle of the world’s metropolises.” 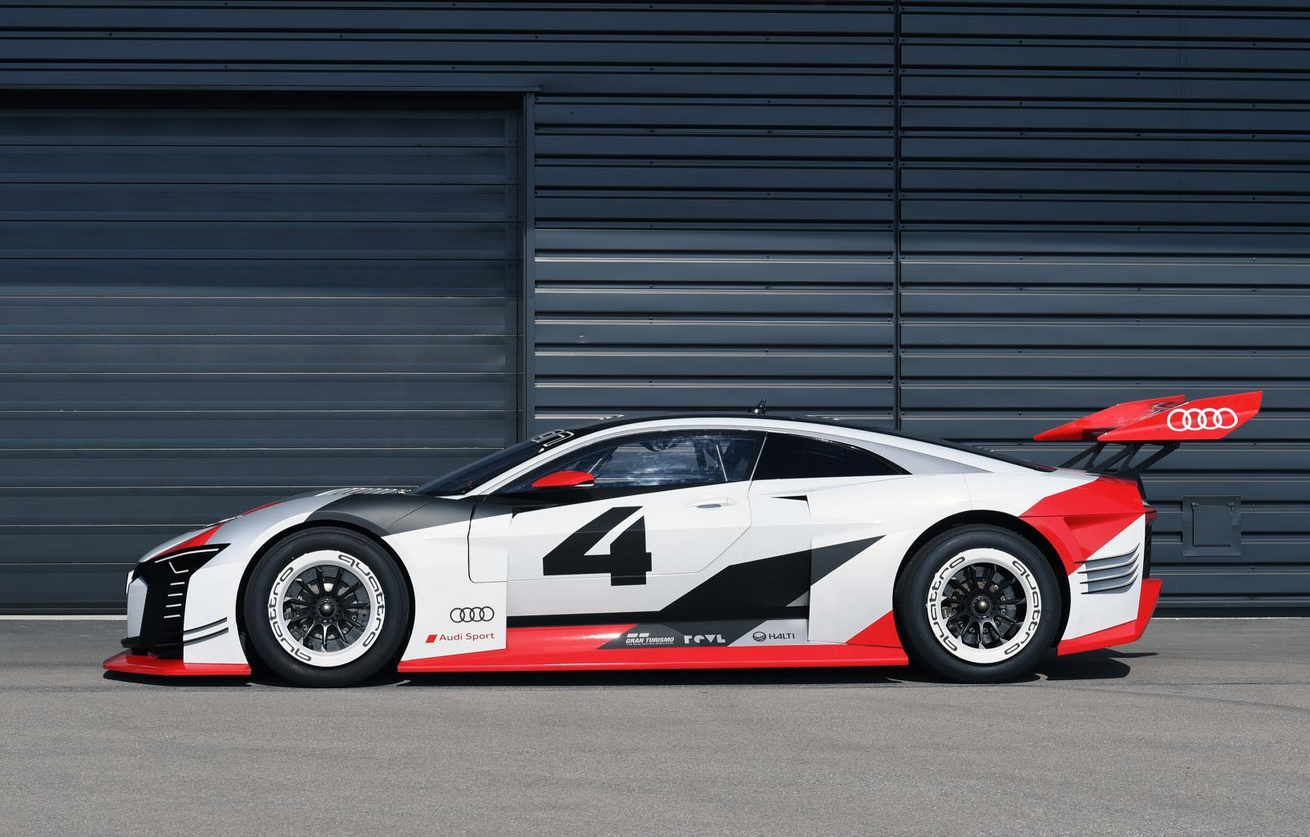 Many of these concept cars were subsequently built as full-scale models as well and presented at trade shows. The Audi e-tron Vision Gran Turismo, however, is the first concept car of this range to be deployed to real-world race tracks as a fully functional vehicle. “This is what we are particularly proud of,” says Audi’s chief designer Marc Lichte. “Although the design of a virtual vehicle allows much greater freedom and the creation of concepts which are only hard to implement in reality, we did not want to put a purely fictitious concept on wheels. Our aim was a fully functional car. The Audi e-tronVision Gran Turismo shows that electric mobility at Audi is very emotive. This car incorporates numerous elements of our new design language such as the inverted single frame in the vehicle’s color that will be typical for our new e-tronmodels.” 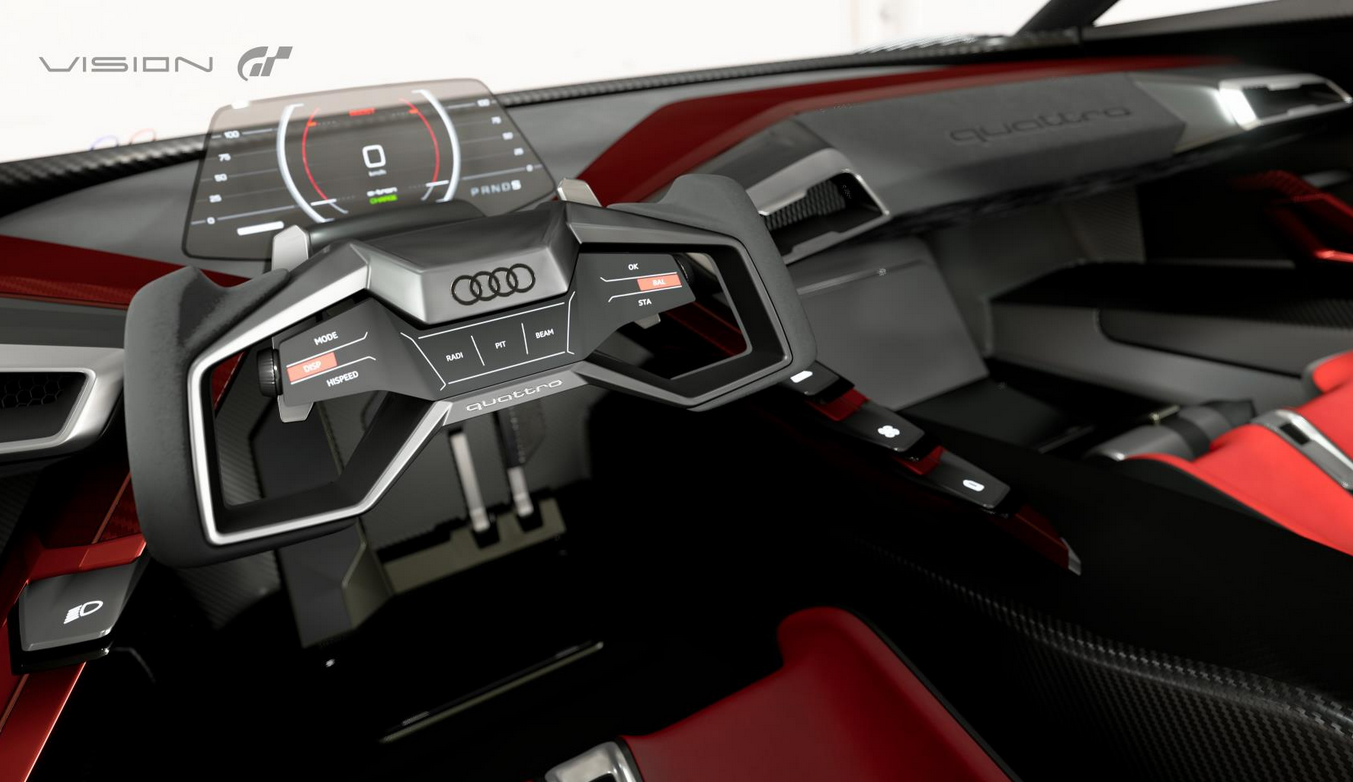 Audi has deliberately taken up design elements and the color of the legendary Audi 90 quattro IMSA GTO with which the company in 1989 thrilled motorsport fans in the North American IMSA-GTO racing series with drivers like Hans-Joachim Stuck, Walter Röhrl, Hurley Haywood and Scott Goodyear. Featuring a combination of systematic lightweight design and quattro drive paired with a powerful five-cylinder turbo engine, the car was far ahead of its time back then.

The Audi e-tron Vision Gran Turismo has permanent all-wheel drive as well, the fully electric e-tron quattro all-wheel drive with variable power distribution. Three electric motors, each with output of 200 kW, propel the concept car. Two electric motors drive the rear axle and the third one the front axle, using individual components from the future Audi e-tron. System output is 600 kW (815 hp). With a curb weight of 1,450 kilograms the electric race car has a power to weight ratio of 1.78 kilo­grams per horsepower with ideal 50:50 percent weight distribution between the front and the rear axle. The Audi e-tron Vision Gran Turismo accelerates from 0 to 100 km/h in less than 2.5 seconds.

The futuristic race taxi will be deployed at all European Formula E races and numerous other events in 2018. At the wheel will be former DTM driver Rahel Frey from Switzerland or Le Mans winner Dindo Capello from Italy. This is the start of something completely new. Find the footage of the car here: https://bit.ly/2GJmN19 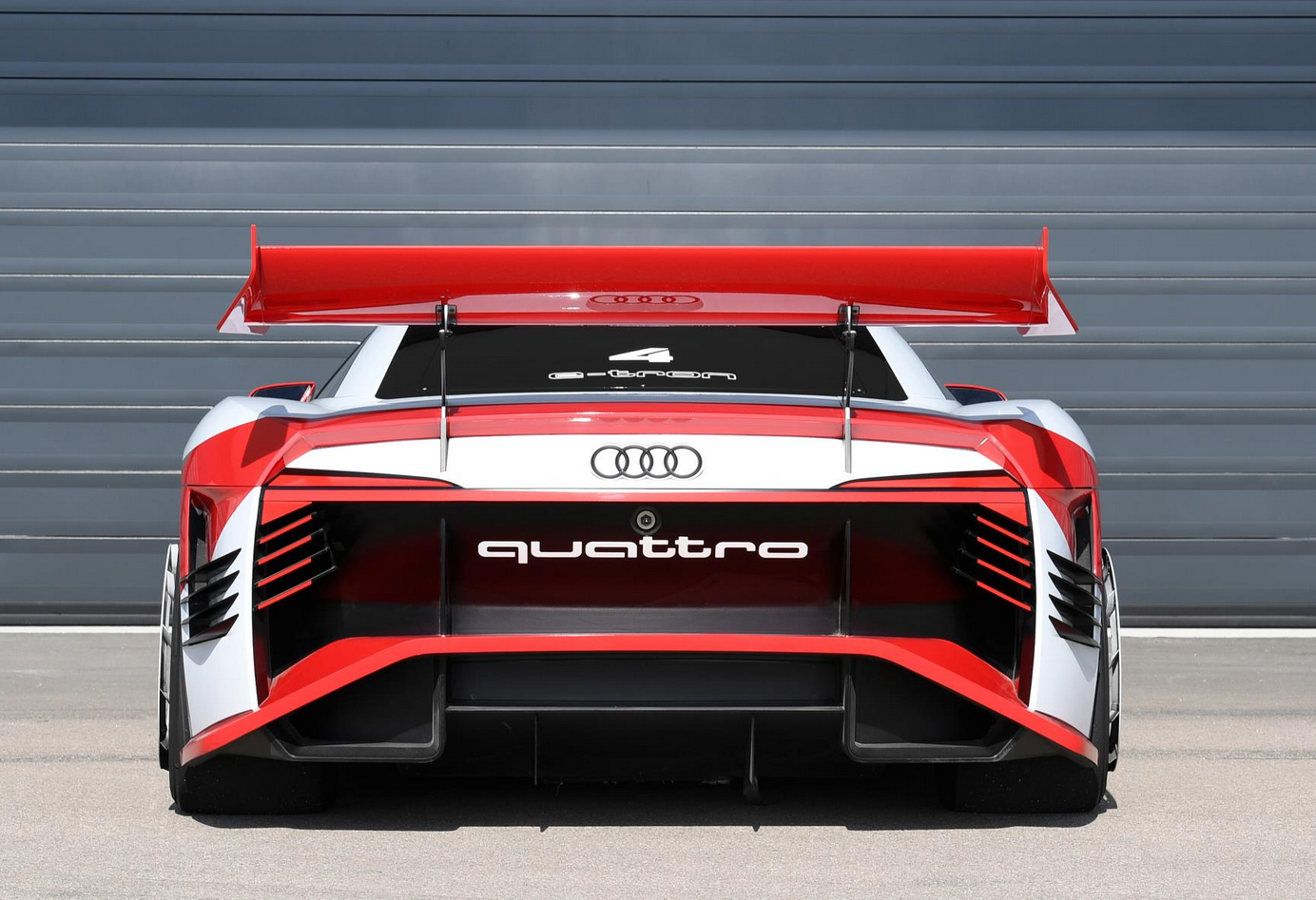