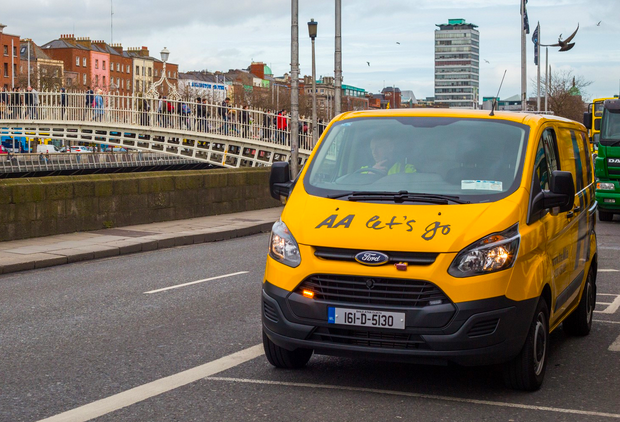 AA Ireland has called on the Irish government to consider reducing the tax rate on petrol and diesel in the upcoming Budget. According to the motoring organisation’s latest fuel prices survey a litre of petrol currently costs 134.9c on average, up 2.5c since August. Meanwhile, a litre of diesel currently costs 122.0c, up 2.3c per litre on August’s prices.

“While fuel prices had been trending downwards earlier this year, the past two months have seen prices start to climb once again. While the factors which dictate oil prices internationally may be outside of our government’s control, they do have the power to alter how much tax is placed on fuel and to remove the so-called “emergency-era” taxes,” Conor Faughnan, AA Director of Consumer Affairs stated. “During the worst years of the recession close to 20c worth of additional taxes was introduced on both fuel and diesel and while we’re being told by our Government that the emergency is over, the taxes it brought live on.”

The motoring organisation has also outlined its opposition to proposed increases on excise duty for diesel in order to bring the price in line with that of petrol.

“Encouraging people to move away from diesel cars has been a key priority of our government in recent years, but increasing the tax on diesel is not the way to go about achieving this. Many of those who currently own diesel cars purchased these vehicles at the government’s behest so it’s simply not fair to now punish them for doing what they had previously been told to do,” Faughnan added. “Instead, of increasing taxes on diesel to bring the price closer to that of petrol, if the government is sincere in its efforts they should instead consider reducing the tax on petrol. If the government instead persists with the discussed increase in taxes on diesel then it will underline that the priority here is generating additional revenue, not encouraging people to move away from diesel powered vehicles.”

Rising crude oil costs have been identified as the main factor in the increased fuel prices, with the cost of a barrel of oil having risen by approximately $5 since late August.