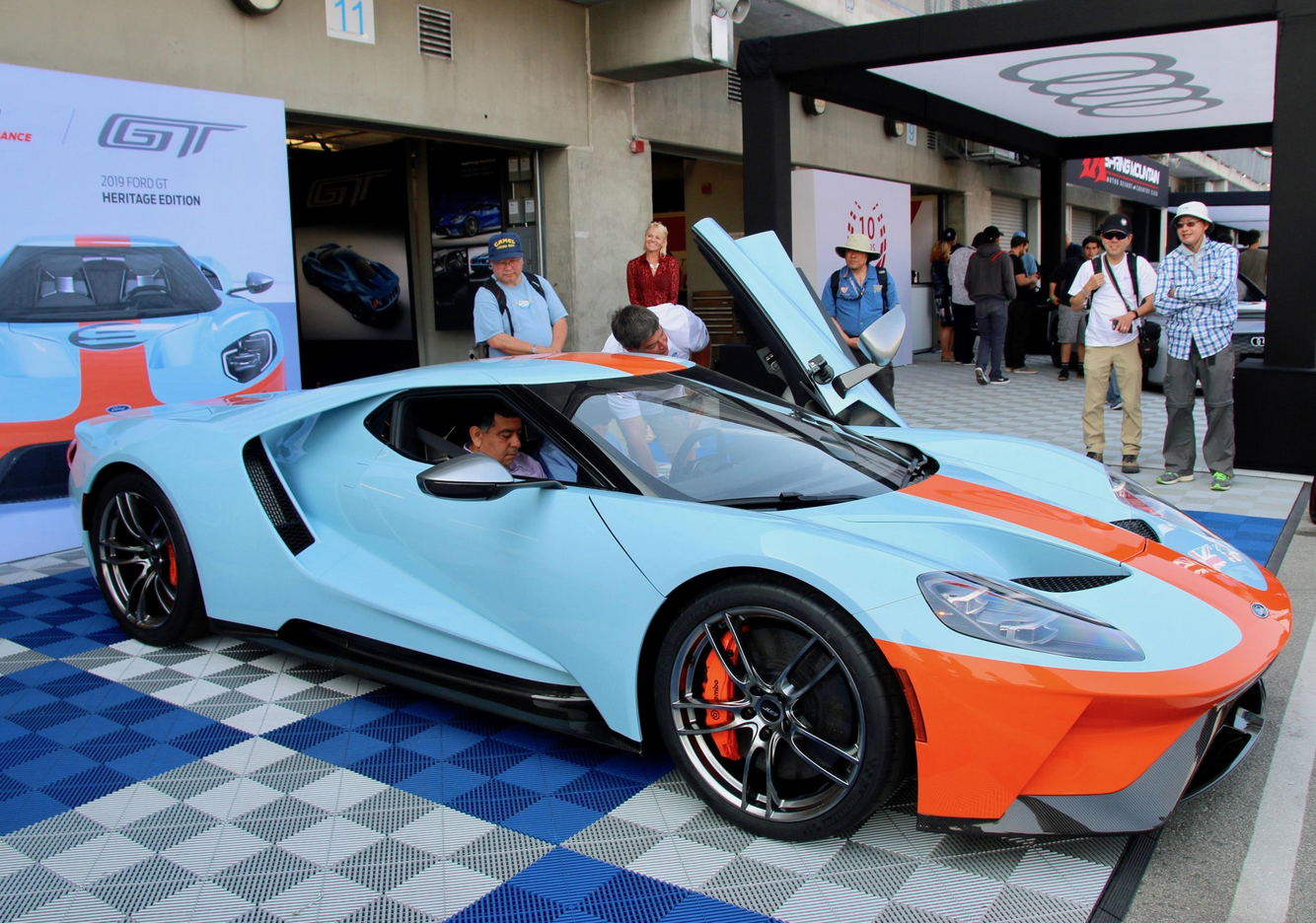 Gulf is extremely proud in 2018 to be celebrating the 50th anniversary of its first Le Mans win, with the legendary Ford GT40, and, as a fitting climax to these celebrations, Gulf has joined with Ford to produce the new Ford GT ’68 Heritage edition for the 2019 and 2020 model years. The Heritage Blue with Heritage Orange paint scheme honours the Gulf Oil-sponsored Ford GT40 – chassis #1075 – that won back-to-back 24 Hours of Le Mans in 1968 and 1969.

Gulf has many oil industry firsts to its name – including being the first company in the world to open a drive-in fuel station – and this is the first time that a lubricant & fuel manufacturer has partnered with a global Vehicle Manufacturer to produce a road car production model.

“Many say the Gulf Oil paint scheme is the most famous in motorsports, propelled by the 1968 GT40 that quickly became a global sensation after Ford beat its European competitors not three, but four times in a row,” said Joe Hinrichs, Ford executive vice president and president, global operations. “We set out to accentuate the new Ford GT’s race-inspired aerodynamic lines with the Gulf colours, while staying true to the original GT40 Le Mans winner.”

The Ford GT ‘68 Heritage Edition was officially launched at the Rolex Historic Reunion event at the Laguna Seca raceway in California on Friday by Ford’s Joe Hinrichs and Gulf’s Ravi Chawla. The car took its place in a specially designed garage, which depicted the 50-year span of success and which featured Gulf-Ford GT40 #1075, the actual 1968 and 1969 Le Mans-winning car.

“We are delighted to partner with Ford to help the Gulf-themed Heritage Edition Ford GT become reality. The Ford Marque has played a major role in creating Gulf’s place in motoring and motorsporting legend and the same is true in reverse,” enthused MD of Gulf Oil Lubricants India Ltd, Ravi Chawla, at the launch of the car. “Every Gulf outright victory at Le Mans has been Ford-powered and of course Gulf Ford GT40s took the latter two wins of Ford’s four consecutive victories at Le Mans from 1966-1969. What could be more fitting than both brands coming together to produce this fantastic motor car – the modern spiritual successor to the amazing Gulf-Ford GT40s that took Le Mans and World Championship honours.”

After its launch at Laguna Seca on Friday, the car then moved to the Exotics on Cannery Row (EOCR) street festival. This unique event brings an estimated 150,000 people out onto the streets of Monterey to watch the parade of supercars and the car starred as one of the central features of the Michelin display area that is the focal point of EOCR.

Sunday marked the annual running of the Pebble Beach Concours, widely recognised as the world’s number one such event and here the Gulf-liveried car was one of the major attractions of Pebble Beach’s renowned Concept Car Lawn, located on what is usually the practice putting green of the legendary golf course, in front of the famous Pebble Beach lodge. The new car was incredibly well received wherever it appeared throughout the launch weekend.

The ’68 Heritage edition boasts a unique serialised identification plate plus exposed matte carbon fibre door sills, air register pods and centre console. Limited quantities will be available for the 2019 and 2020 model years and, for 2020, the package will boast an optional No. 6 in honour of the 1969 Le Mans winner. 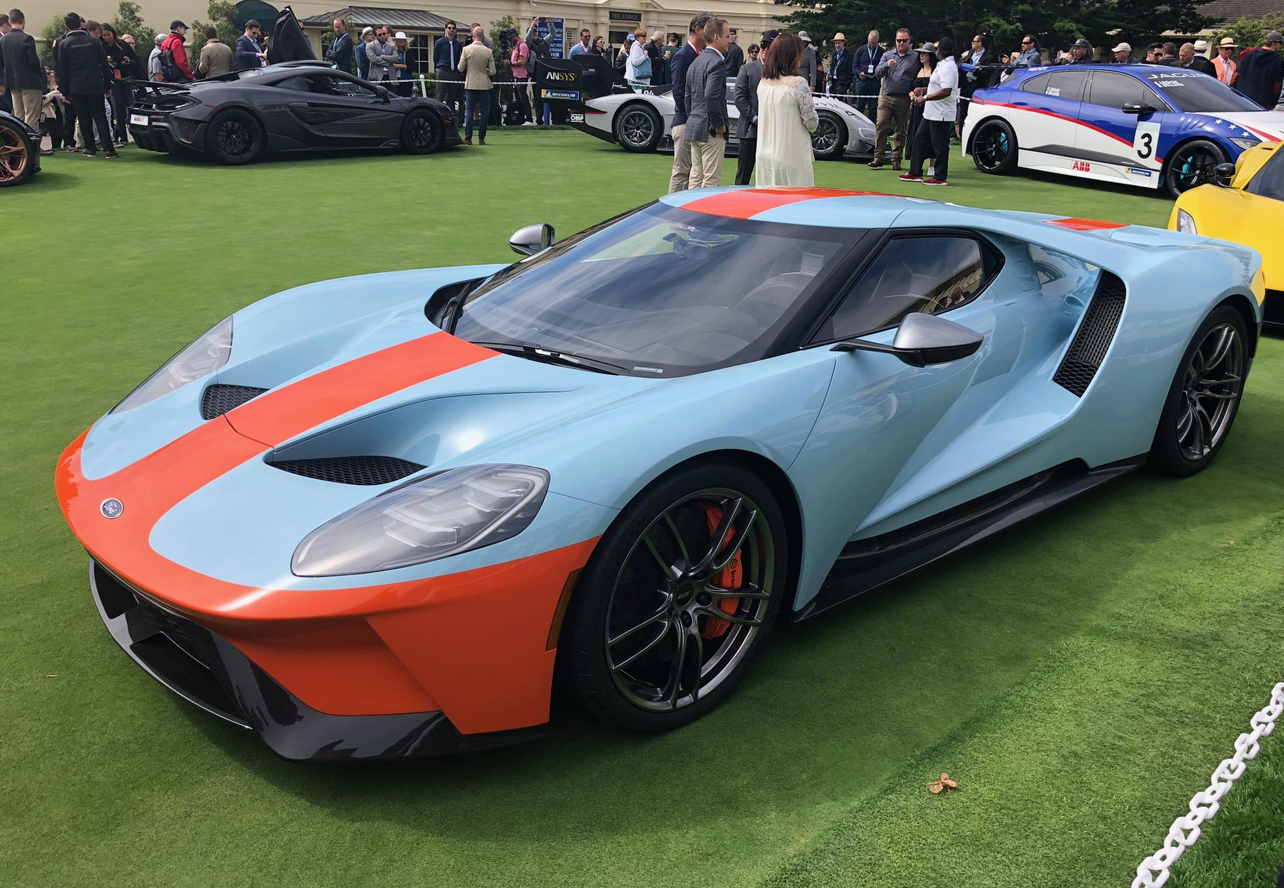