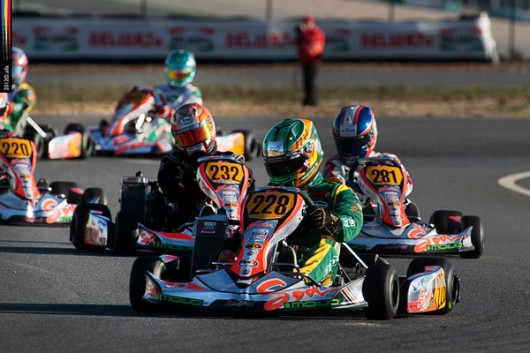 Irish Motorsport is celebrating its second world championship in as many weeks, but it is Karting in the spot light this time through young Irish karter Charlie Eastwood becoming Ireland’s first Karting World Champion. The Belfast based 17 year old was competing in the 125 max senior class at The Rotax Max Challenge Grand Finals 2012 which was hosted at the “Kartodromo International Algarve” Portimao Portugal.

Eastwood’s journey to the World Championships started when he finished runner-up in the 2012 British Rotax Max Super One Championship, this gave Eastwood the opportunity to join Gary Donnelly and Shane Daly in representing Team Ireland at the world Finals. Held over 5 days of competition it see’s 276 of the best karters from 62 nations competing in 4 categories on a choice 4 differing karting chassis.

Eastwood’s challenge started when he held on for a tough 4th in heat 1 with a brake problem and a safe 2nd in heat two. After a 3rd place finish in heat 3 Eastwood started on P2 for the World Championship Pre-Final withPierce Lehane having complete domination in the practice sessions, but in the pre final he was surprised by the performance of Ukyo Sasahara and Eastwood. Eastwood finished second and right in the mix between Japan’s Ukyo Sasahara and Australian Pierce Lehane. 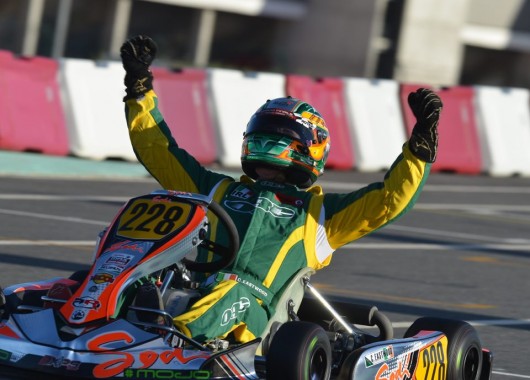 Afterwards Eastwood said “It was a hard fought race. The wind pushed the ones behind me which in turn helped them to run faster, so we had to overtake and re-overtake, several times. I needed to keep my first position and stay fast until the end, I had a little advantage which allow me to achieve victory.”