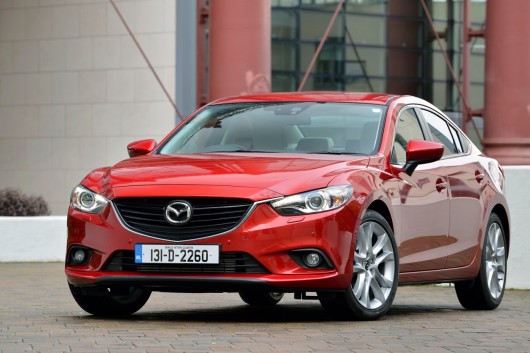 It’s a wet and windy afternoon in Wicklow but we are here to test the new Mazda 6, which many have dubbed the flagship model for a new generation of Mazda products. The new 6 is a striking looking car that never strayed too much from the concept model that I first laid eyes on at the Geneva Motor Show in 2012.

The swooping lines flow from the nose to the tail and even in wagon trim it is very easy on the eye. After a brief introduction to the 6 by Mazda Ireland’s Richard Molloy, I receive the keys to a SkyActiv-D 2.2 diesel powered unit to drive. The 2.2-litre diesel engine is available in a Standard Power or High Power variant, both engine types comply with Europe’s Euro 6 emissions standards. Like the CX-5 we recently tested, the 6 features the SkyActiv system that uses a series of technologies to increase fuel efficiency and engine power. The big news is that the Mazda 6 features not just SkyActiv but also i-Eloop. Mazda has become the first manufacturer to develop the capacitor based regenerative braking system for a passenger car, called i-Eloop (intelligent Energy Loop). The system works like a regular regenerative braking system but the energy is stored in a capacitor rather than the more common battery arrangement which other hybrid cars are famed for. The stored energy is then used to power the car’s electrics, these include the climate control and sound system etc. The system will also charge the vehicle’s battery when necessary, which means it can run stop/start or i-Stop more efficiently. This all sounds extremely clever but what sort of a saving will it offer? We will only find out when we live with the Mazda for a week later in the year, but for now Mazda state it will give an extra ten per cent improved economy over traditional-powered Mazda’s. 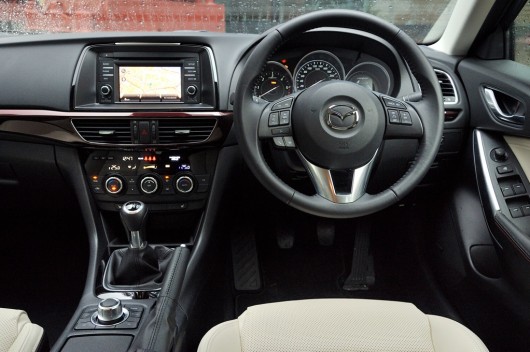 Inside the Mazda 6 cabin you are greeted with a fresh dash layout that compliments the exterior’s sophisticated design. The instrument layout is clean with everything easily accessible. The materials used seem to be a step or two above the furnishings used in other models and it feels like a nice place to be. Standard features include a 5.8-inch touch screen multimedia audio system, climate control, cruise control, Bluetooth, front and rear parking sensors and Smart City Brake Support. Once out on the open road I turn on the radio to catch the tail end of the news where Met Eireann issue a gale warning with gusts up to 120km/h. Thanks to the sleek aerodynamic bodywork wind noise is almost non-existent as I climb through the gearbox, but what becomes very evident is how different this car drives compared to past models. The 6 was always a little bit vague on the road but I quickly discover the new model is offering feedback to the driver constantly. It reminds me very much of the MX-5 or RX-8 both of which I have previously owned. The difference is I never expected a car of this bulk to feel so good on B roads and on the motorway. It handles nothing short of superb and although the new six has gone up in price, it has made a massive step forward in quality. 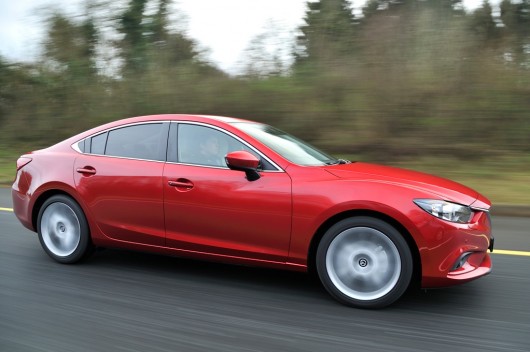 The German giants have this sector locked down at the minute but to get this technology, style and pleasure from driving a car you would have to pay a hell of a lot more from our European friends. You can get into a new Mazda 6 from €28,745 for the entry level 145hp 2.0-litre petrol variant which produces 129 grams of CO2 Emissions, my advice would be to take the 150hp diesel. This mile-muncher is capable of doing 67 mpg, it only produces 108 grams of CO2 and with prices starting at €31,745 it would be hard not to justify this as the luxury saloon you have been looking for. The new 6 is available nationwide as of now and we would urge you to take a test drive! This is the game changer Mazda have been crying out for. 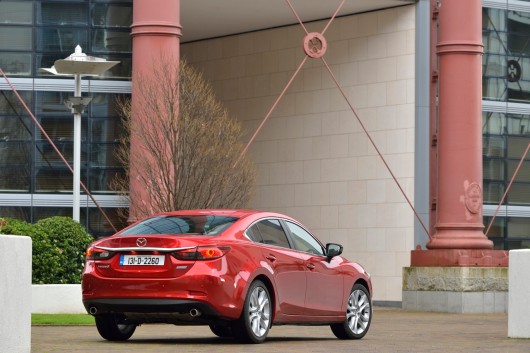