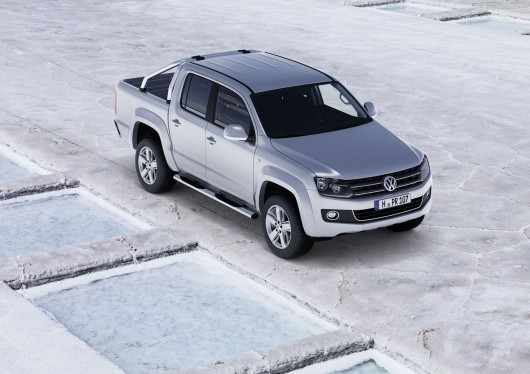 Volkswagen is without doubt a major player in the Irish market in terms of light commercial vehicles. 2011 was a record year for the German brand with 528,000 units sold worldwide, that’s a 21 per cent increase on the previous year. In Ireland, Volkswagen Commercial Vehicles which is a stand-alone brand from Volkswagen, has had an impressive start to 2012 which sees them with 23.3 per cent market share. This equates to sales of 940 units and places them ahead of Ford and Renault in the light commercial vehicle sales. Volkswagen’s light commercial range is comprised of the Caddy, Transporter, Crafter and Amarok. 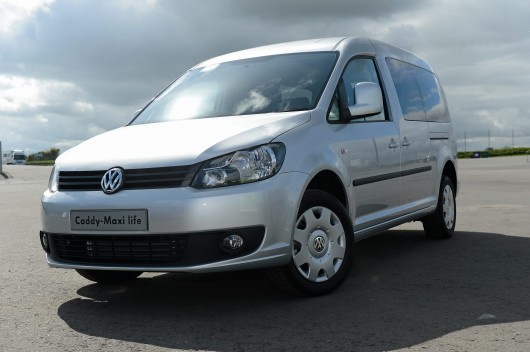 The Caddy is currently number one in its segment with a 33.3 per cent market share. Prices for the Caddy van commence from €12,464 (ex vat).There’s also a Caddy life model which is available with five or seven seats, thanks to its commercial origins customers can reclaim the vat on the purchase price and fuel. The transporter van currently has a 20.6 per cent market share in Ireland and sits in second position within its segment. It’s available across a number of platforms including a short-wheel base derivative from €18,700 (ex vat) and a long-wheel model from €20,411 (ex vat). There’s also a pick-up version, a Kombi which can accommodate passengers and goods and a shuttle model available with a choice of eight or nine seats. It’s a versatile vehicle available across a number of platforms. The Volkswagen Crafter is currently the 2012 Continental Irish Van of the Year, as awarded by the Irish Motoring Writers Association. Volkswagen are currently offering a 4,3,2,1 campaign which equates to a four year warranty, three scheduled services, two years free road tax, with the one to remind customers it was voted as the number one Irish van of the year for 2012. It’s available from just €349 per month through Volkswagen Bank which offers purchasing plans across all its range of light commercial vehicles. Volkswagen’s  Amarok is a relatively new addition to their commercial line-up. It’s virtually stormed the market since its introduction currently heading up its segment with an impressive 43.6 per cent market share. The Amarok is a smart looking pickup that delivers too, with a 2.0-litre TDI diesel engine producing 122hp and 163hp across three trim specifications. It utilises a six-speed manual transmission, with an eight-speed automatic transmission available later this year. Prices for the Amarok commence from €27,184 (ex vat). 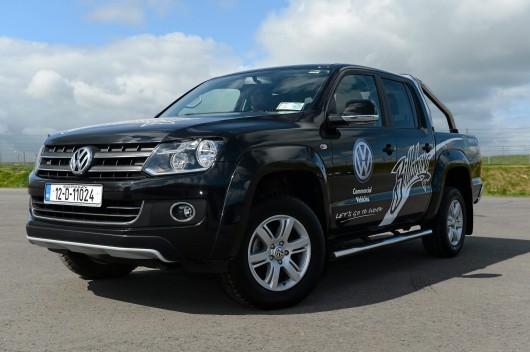 Whilst Volkswagen’s range of light commercial vehicles provides transport solutions for a wide spectrum of businesses, they’ve also some unique adaptations for leisure enjoyment. The Volkswagen California is a prime example, it harks back to the original VW Camper Van, but with the convenience of being fitted with all the latest mod-cons. It comes complete with two double beds, a 2-burner gas cooker, a fridge, a table and two deck chairs and even a kitchen sink complete with a waste water tank. The roof can be extended at the touch of a button to increase interior headroom and gain access to the double bed. The interior of the California has been thoughtfully designed maximising the use of space. Prices for the California commence from €52,335 for the 2.0-litre TDI 102hp model. 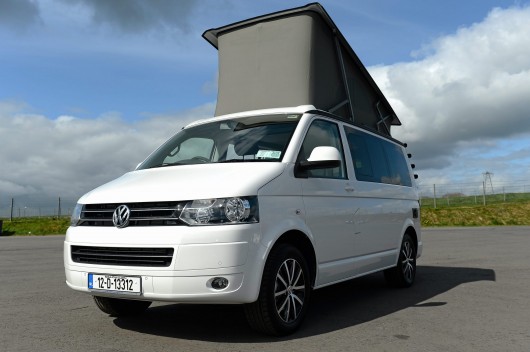 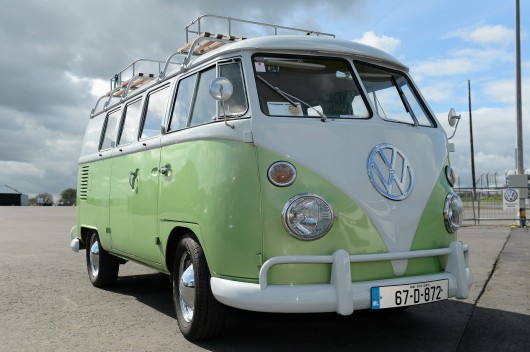