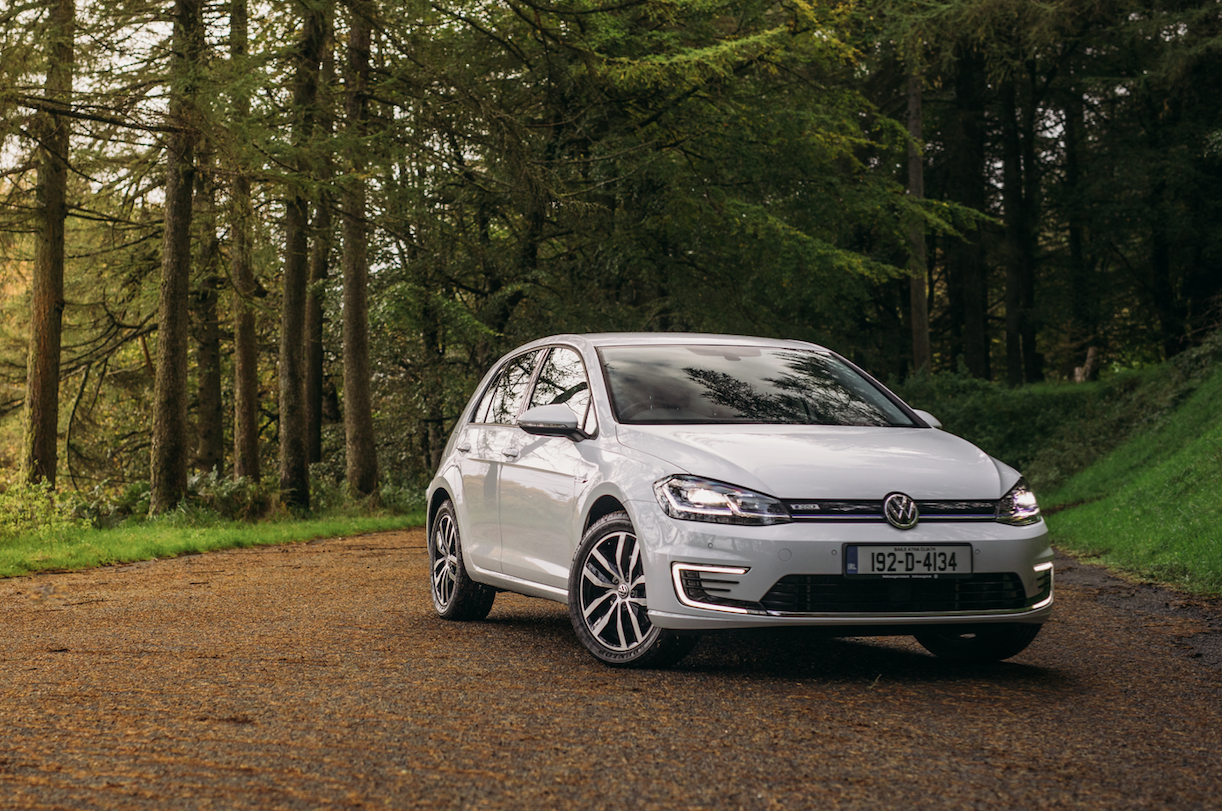 Volkswagen Ireland is offering customers the chance to play their part towards reaching the goals of the Government’s Climate Action Plan, by replacing their existing vehicle into a new, cleaner Euro 6 plug-in hybrid (PHEV), fully electric, petrol or diesel vehicle. The Volkswagen Climate Action Grant offers customers with Euro 1-4 (European Emission Standard) vehicles the opportunity to replace their vehicle and benefit from incentives ranging from €1,750 to €5,000 against the range of new Euro 6 Volkswagen plug-in hybrid, fully electric, petrol and diesel models.

All new Volkswagen models meet the latest Euro 6 emissions standards, which are the most stringent yet. There is a huge range of models to choose from under the Volkswagen Climate Action Grant offer, starting from entry-level models such as the Polo, to favourites such as the Golf. The Volkswagen SUV range is included with the all-new T-Cross, the T-Roc, the Tiguan and Tiguan Allspace plus the top-of-the-range Touareg, as well as the 7-Seater Touran and the executive saloon Arteon. Additionally, there is also the opportunity to take an even bigger step for the environment and move to a fully electric e-Golf or the new Plug- in Hybrid Passat GTE.

“Volkswagen recognises that climate change is one of the most significant challenges of our times. With transport accounting for 14% of global CO2 emissions, it is imperative that we begin the reduction of emissions from vehicles on Irish roads,” said Volkswagen Ireland Brand Director Gerrit Heimberg.

“By replacing the existing 1% additional VRT diesel surcharge and introducing a NOx emissions tax in the Budget 2020, the Government has sent a clear signal that not only fully electric and plug-in hybrid vehicles, but also the latest EU6 petrol and diesel models play a key role in achieving our climate targets. Our Volkswagen Climate Action Grant, with its scrappage element, enables customers to change into a new, cleaner model whilst ensuring that their older vehicle is removed from Irish roads. This results in a positive impact on our environment,” adds Heimberg. 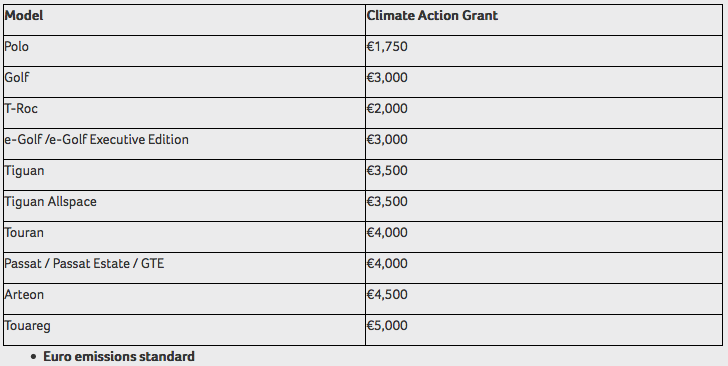