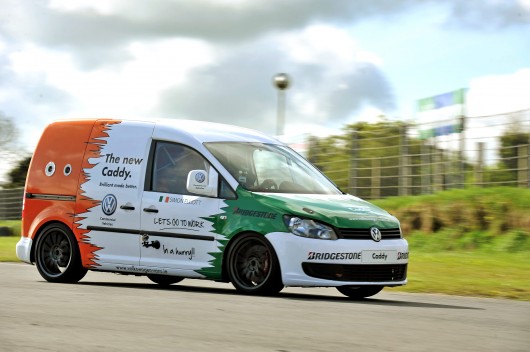 Your eyes aren’t deceiving you, pictured here is a Volkswagen Caddy van on a race track. Although the only thing this van has in common with its road-going relative is its shape, the rest of the van has been transformed resulting in a full-on race car, or should I say race van. Whilst the regular Caddy vans are powered by fuel efficient Volkswagen TDI diesel engines, this race version has been fitted with an engine from a mk5 Volkswagen Golf GTI. Power has been increased from the standard unit with the Caddy now producing 270hp, this power is fed to the front wheels through a six-speed manual gearbox. This Caddy racer was raced competitively in the UK last year with Simon Elliott at the wheel, more often seen in a stylish suit as Managing Director of Volkswagen Group Ireland, Simon would happily exchange it for his race suit at weekends. He raced the Caddy in the highly esteemed Volkswagen Racing Cup, which has a strong field of Volkswagen group cars including Golf GTI’s, Scirroco’s and Leon Cupra R’s. Simon’s Caddy is the only van of its type in existence. Whist it was a strange sight mixed on a grid full of hatch-backs, the Caddy racer in Simon’s hands, has proved its rapid pace on numerous occasions. 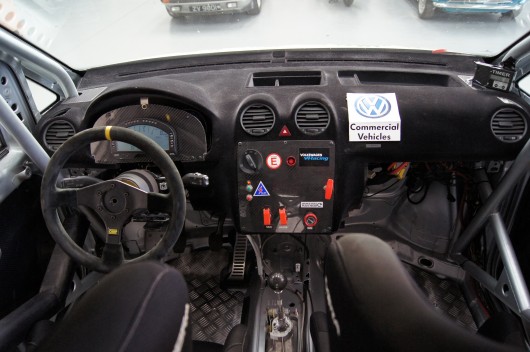 I’ve driven countless racing cars around Mondello Park race circuit and even some vans, but never a race van. Simon tentatively handed his beloved van to me for a few laps of the national circuit. Inside the Caddy, the seating position is low and central with a racing seat and five-point harness to hold me firmly in place. As opposed to the parcels normally found in the rear of a Volkswagen Caddy sits an FIA Approved racing fuel cell, surrounded by a multi-point weld in roll cage, only required should things get a bit frenzied during a race. The noise transmitted into the cabin is electric, the centre twin-exhausts emit a vicious roar on acceleration. I drove tentatively for the first few laps to get a feel for how the Caddy Racer handles. Initially you’d think the Caddy is too tall for fast cornering causing it to topple over, but a few laps in and there’s no holding back. The Caddy Racer handles just a well as any saloon race car, the suspension setup is precise, it’s been fitted with the same rear suspension platform as fitted to a mk6 Golf GTI. The gearing is quite short resulting in my right hand being kept busy with a multitude of gear changes per lap. The acceleration out of the corners is impressive with instant response from the 2.0-litre turbo-charged engine. Also confidence inspiring was the grip from the road-legal Bridgestone tyres that were fitted. After a multitude of laps it was time to grant the Caddy Racer a rest and return it to Simon who was pleased to have his treasured van return to the pitlane unscathed. 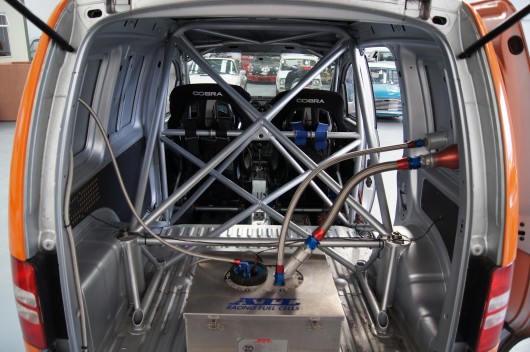 Volkswagen has taken a Caddy van off the road and transformed it into a full-on race car. The end result is a racing van that’s exceptionally quick on track and well able to hold its own at the sharp end of any saloon car grid. It’s unique alright, but more than that it’s a genuine contender that’ll put a smile on any race spectator as it carves its way through the field. 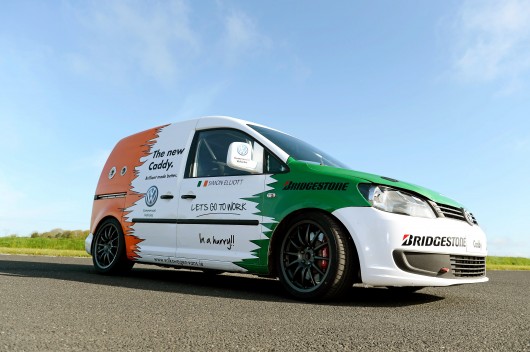 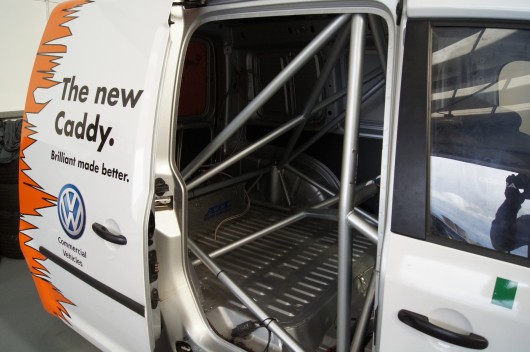 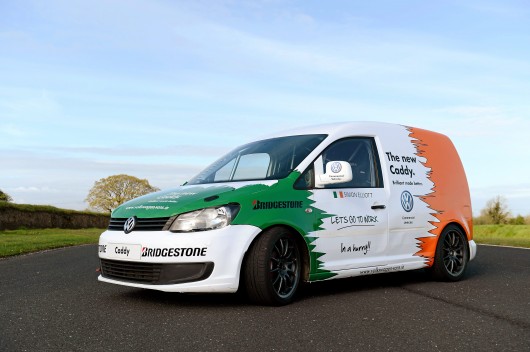 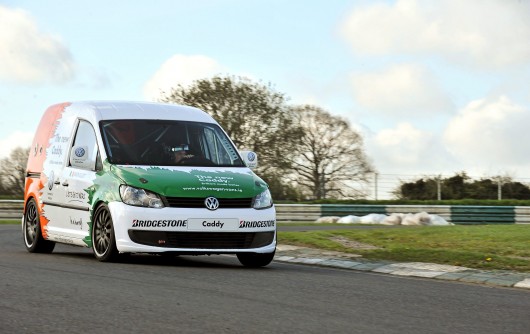