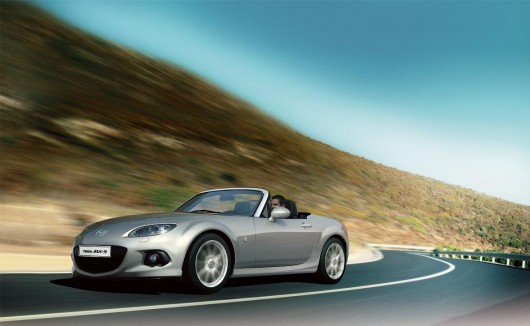 Mazda are due to release an updated version of their ever-popular MX-5 two-seat roadster, later this year. It boasts enhanced safety and driving attributes as well as some exterior and interior upgrades. There are two versions available, one with the classic soft-top and one with a retractable hardtop. Dolphin Grey replaces the previous Metropolitan Grey across Europe. Mazda’s engineers have reworked the throttle position and movement to increase responsiveness from driver input. This revised MX-5 also features a new “active bonnet” pedestrian protection system that automatically raises the bonnet if a pedestrian impact is detected. This provides space under the bonnet to absorb impact energy. The new front bumper design enhances pedestrian leg protection also. If it’s anything as good to drive as previous generation MX-5’s then it’s going to be something special alright.