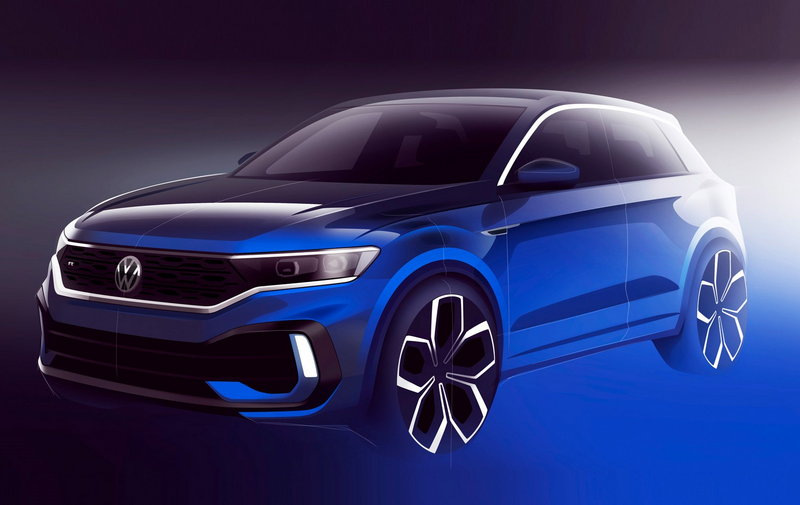 At the Geneva International Motor Show (7 to 17 March 2019), Volkswagen is presenting the new top model for the crossover series successfully launched in 2017: the T-Roc R. The powerful Volkswagen R vehicle not only convinces with impressive performance data. The sporting characteristics of the Volkswagen T-Roc R are accentuated by the unmistakable “R”-specific exterior and interior design. At the end of 2017, Volkswagen expanded its range to include a completely new crossover in the compact class: the T-Roc. Crisp dimensions outside, high functionality inside. A stylish all-rounder that combines the sovereignty of an SUV with the dynamics of a compact hatchback. The T-Roc is just as at home in the urban world as it is on the most beautiful routes in the world.

The harmonious concept of the T-Roc is the basis of its success and has already inspired many customers. Since its market launch in November 2017, it has been sold around 200,000 times worldwide. The new T-Roc R now expands the broad spectrum of the compact crossover with an emphatically sporty variant and appeals to individualists who attach as much importance to a stylish appearance as to outstanding driving performance.
The new T-Roc R was developed and tested by Volkswagen R, for example, at the legendary Nürburgring. The development of the vehicle was also supported by the racing driver expertise of WRX World Champion Petter Solberg and Volkswagen works driver Benjamin Leuchter. Volkswagen R is a 100% owned independent subsidiary of Volkswagen AG. The letter R has stood for racing since the first model, the Golf R32, and expresses the close connection to motor sports.