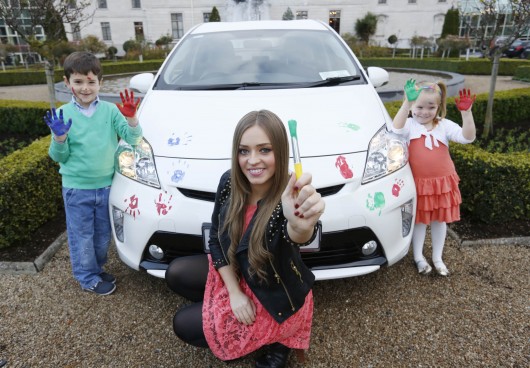 Toyota Ireland has announced details of its annual Dream Car Art Contest, which invites promising Irish artists under the age of 16 to ‘dream up’ their car of the future. From all the contestants, nine Irish finalists will be awarded prizes which include a Nintendo DS, digital camera and an iPod shuffle, as well the chance to win an amazing trip to Japan, if they are successful at a global level. Last years competition was a great success with over 3,000 entries nationwide. The category winners (under 10 years, 10-12 years and 13-15 years) will be announced in March 2013, at a special awards ceremony.

Commenting on the launch of the competition, Ian Corbett, Toyota Ireland Marketing Operations Manager said, “The competition was a great success last year and we were really impressed with the high level of creativity that we saw in the entries. This year we’re looking forward to building upon this success and shining the spotlight on some of Ireland’s brilliant, undiscovered young artists.” Details including entry forms for the competition can be downloaded from www.toyota.ie