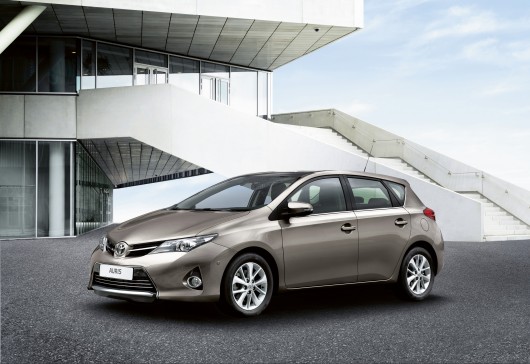 A Toyota Auris might not be a car to set the pulse racing, it’s been a practical reliable car to date, however Toyota has worked some magic on this, the second generation Auris. It’s far from bland in appearance and Toyota should be deservedly applauded for taking a step forward with its design.

This all-new Auris boasts a new face and lower roofline which gives the car a more-striking look. Their new design work is also clear for all to see in the car’s interior, it’s a far more refined cabin then that in its predecessor. There’s a subtle mix of quality soft-touch plastics combined with high-quality switchgear. Our Luna spec test car also had some brushed aluminium trim on the dash face which raises the quality too. Our particular favourite item in the Auris’s interior is the 6.1” colour touch screen display (standard in the Luna grade). It’s a high-tech piece equipment that’s uncomplicated to use, navigating through the various menus from radio to telephone via Bluetooth connection is straightforward and uncomplicated to use. The screen’s large diameter comes into its own when you’re reversing with the reverse camera, allowing the driver to have a clear view of what lies behind. 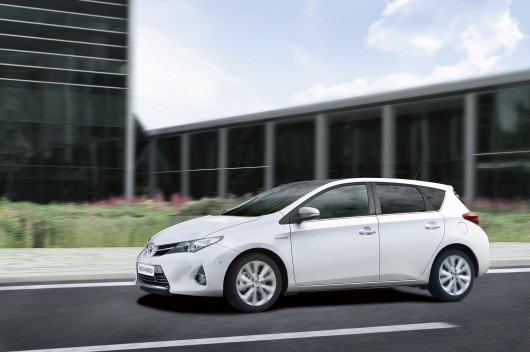 There’s a choice of petrol and diesel engines available to power the new Auris, including a new Hybrid version. Our test car was the frugal 1.4-litre D-4D diesel variant. Despite producing just 90hp we were thoroughly impressed with the overall performance of this eco-unit. Over the week-long test we struggled to get the Auris to have a drink of its diesel fuel, Toyota claim it will return a combined consumption of just 3.9l/100km (72.4mpg). In reality, it’s possible to achieve an average fuel consumption not too far away from this impressive figure.

On the road the most notable improvement over the first-generation Auris is the enhanced body control, the Auris now has a chassis that’s capable of competing with it’s main rivals, including the Ford Focus and Volkswagen Golf. The six-speed manual transmission has a positive gear change that’s satisfying to use. The level of equipment onboard our Luna grade Auris is plentiful, with items such as climate control, 16” alloys, rear-view camera, 6.1” colour touch screen, Bluetooth connectivity, front fog lights and a leather steering wheel all included. The three grades are Terra, Aura and Luna. 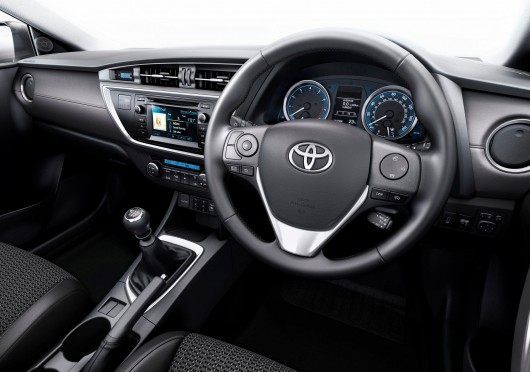 There’s plenty of room inside the Auris for all its occupants, including a larger boot. There will also be a Tourer model launched in Ireland later this year, offering increased practicality. It’s a case of job well done for Toyota and the new Auris, it’s impressed us greatly and well deserving of a test drive at your local Toyota dealer.