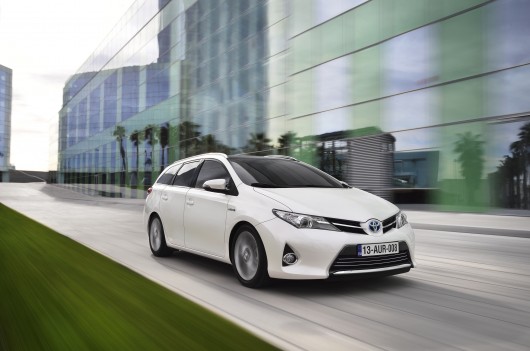 Coinciding with the launch of the all-new Toyota Corolla, Toyota Ireland launched its new Auris Touring Sports. As the name suggests it’s an estate version of the Auris hatch. Like its hatch sibling the new Touring Sports is available across three variants, Terra, Luna and Hybrid. Interestingly to note the Hybrid model is the first full hybrid estate on sale in the competitive C segment.

The key ingredient of the Auris Touring Sports is the versatility it offers as a result of the increased space on offer over its hatch relative. It has an additional 170 litres of boot space and an impressive 1,658 litres available with the rear seats folded flat. Folding the seats is simplicity in itself thanks to Toyota’s Easy Fold one touch rear seat system. From the rear of the boot you can fold the rear seats with a simple pull of a lever easily located close to the rear tailgate. The boot opening is 100mm lower then the Auris hatch which enables easier loading of luggage and bulky items. Both Luna and Hybrid models come equipped with Toyota’s intuitive Toyota Touch multimedia system, complete with a 6.1” colour touch screen.

Prices for the new Toyota Auris Touring Sports are as follows: 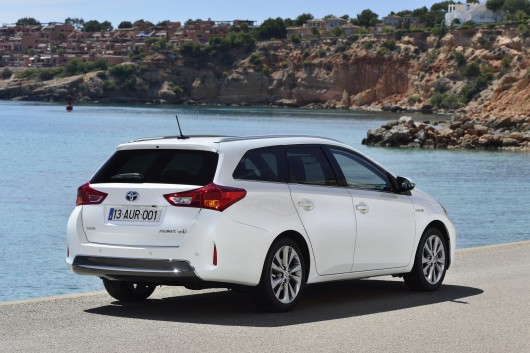