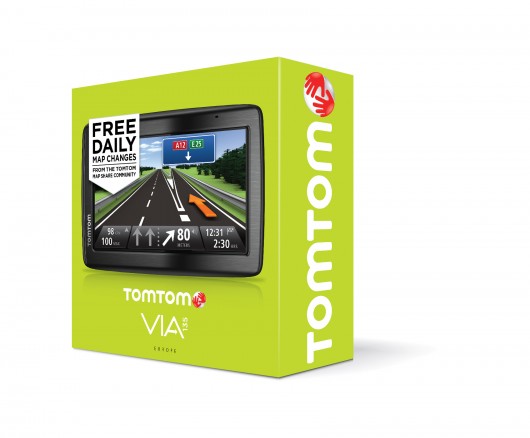 TomTom has launched the TomTom Via 130, which features a new Speak & Go function. This voice-activated software enables drivers to speak their destinations and also answer hands-free calls. The Speak & Go recognises over 1,000 commands enabling easy input of addresses whilst driving. The Via 130 also features TomTom’s lifetime free daily map changes, the updates are based on reports from TomTom’s Map Share community of 21 million. It will inform drivers of road changes and new speed limits. In conjunction with the launch of the Via 130 TomTom also launched the TomTom Via 135, it has all the same features and functionalities as the Via 130, but instead of the 4.3” screen, it has a 5” screen. Further details can be found by visiting www.tomtom.com