Home Latest News The New Volkswagen up Has Arrived. 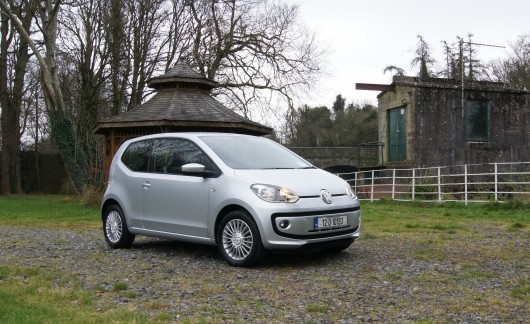 Volkswagen’s up has arrived to Ireland, initially as a three-door model, with the five-door version due later this year. Prices for the up commence from just €10,995 for the Take up which is adequately euipped for the entry-level model. Just some of the standard specification includes ESP (Electronic Stability Programme), ABS and the City Emergency Braking System, which will bring the car to a halt if a collision is detected at speeds up to 30km/h. To have this level of safety fitted as standard in a car of this size and price is certainly impressive. Next up is the Move up which is priced from €11,895 and comes with some additional equipment including the variable boot floor, split-folding rear seat and air conditioning. The top spec High up is priced from €12,895 and is generously equipped with heated front seats, front fog lights, 15” alloys, electrically heated and adjustable door mirrors and a leather trimmed steering wheel and gear knob. There are some optional extras available across all variants, of particular interest is the navigation system which includes a multi-functional infotainment system that’s available for a very reasonable 370 euros. 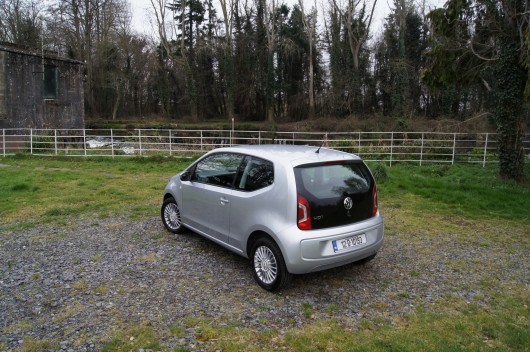 All models within the up range have scored an notable five star rating in the Euro NCAP safety tests and the Euro NCAP’s Advanced Award for the up’s City Emergency Braking system. The up is powered by a three-cylinder 1.0-litre petrol engine which produces 75hp and 95Nm of torque. It’s a frugal engine providing 4.7l/100km on a combined run and thanks to its low emissions of 108g/km it’s seated in tax band A with €160 annual road tax. 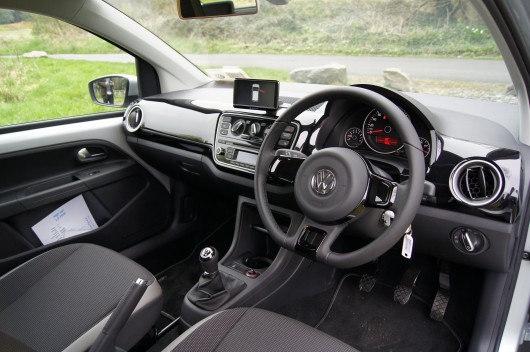 I had a short test-drive in the up at its launch yesterday and my initial feedback is all positive. The three-cylinder engine provides for an entertaining drive, the steering is direct with a chassis that feels grown up, which results in a stable drive. I’ll be driving the up in two weeks time for a week’s test and will have a full review on the car shortly afterwards. For further information on the up please visit your local Volkswagen dealer or www.volkswagen.ie 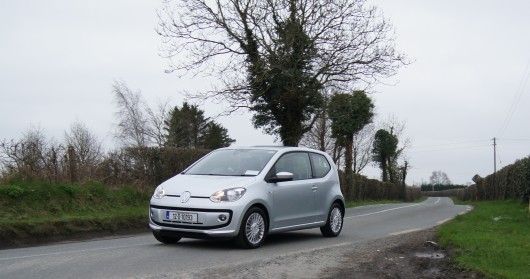