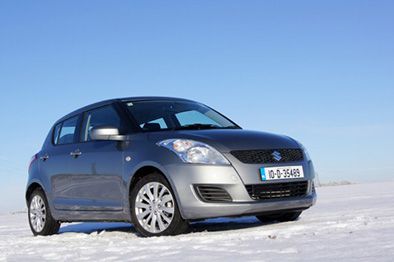 You’ll often hear people use the motto ‘if it’s not broke, don’t fix it’, well Suzuki seem to have taken this approach when designing their new Swift. Clearly the outgoing Swift was a success, selling more than four million cars worldwide. It was also voted as the 2006 Irish Car of the Year, so you can understand why they wouldn’t want to make any radical changes to their latest edition.

You’d have to look closely to spot the differences in exterior styling, which include swooping lamp clusters. The car has grown slightly in size from its predecessor. This extra length is evident inside the car where there is a real sense of space for both front and rear occupants. Up front, the layout is functional, with clear well laid out dials and switch gear. The boot however is more akin to a shopping basket, so don’t plan to take it on any large shopping trips. 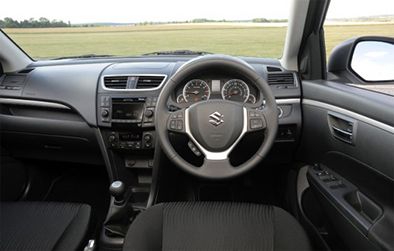 I must admit, I was somewhat taken aback at just how good the Swift was on the road, it exceeded my expectations, and handles more like a hot-hatch than a 94hp super-mini, it’s surefooted and proved itself extremely capable in the snow. The 1.2-litre petrol engine is smooth and happy to rev, which is something you’ll find yourself doing regularly as it lacks low-end torque. The engine is efficient though, with a combined fuel consumption of just 5l/100km, you’ll only be paying €104 annual road tax. My €15,950 GLX model which I had on test is only differentiated from the €15,050 GL model by the addition of air conditioning and alloy wheels.

Suzuki have certainly taken the evolutionary route with their new Swift, having an already proven car to start with, they have made small changes where needed to produce a much enhanced car.