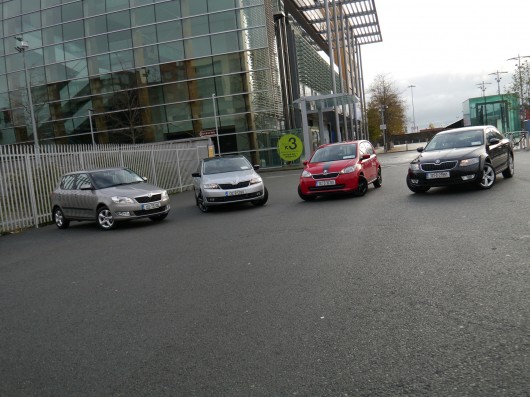 Four teams of Motoring Journalists recently took on a challenge from Skoda Ireland to see who can achieve the best fuel consumption from four of Skoda’s petrol models. Each team drove the Skoda Fabia 1.2-litre HTP, the Octavia 1.2-litre TSI, the Citigo 1.0-litre MPI and the Rapid Spaceback 1.2-litre TSI. The winning team averaged an impressive 4.33L/100km (63.2mpg) over their journey of 333km. The winning team were given €1,000 for their given charity which is the Irish Cancer Society, the runners up will donate €750 to The Irish Motor Neurone Disease Association, €500 to Irish Autism Action and €250 to Dog’s Trust.

The challenge has shown that modern petrol cars are more frugal than ever, commenting on the challenge Raymond Leddy, Head of Marketing for Skoda Ireland said, “The modern petrol engine is more economical and more frugal than ever before and with prices for some of our petrol engine models costing in some cases, thousands less than their diesel equivalents, it is worth noting that it can take up to 10-years of ownership to claw back the difference in price. We wanted to show that petrol engine cars are now very economical so we set the motoring journalists a challenge.”