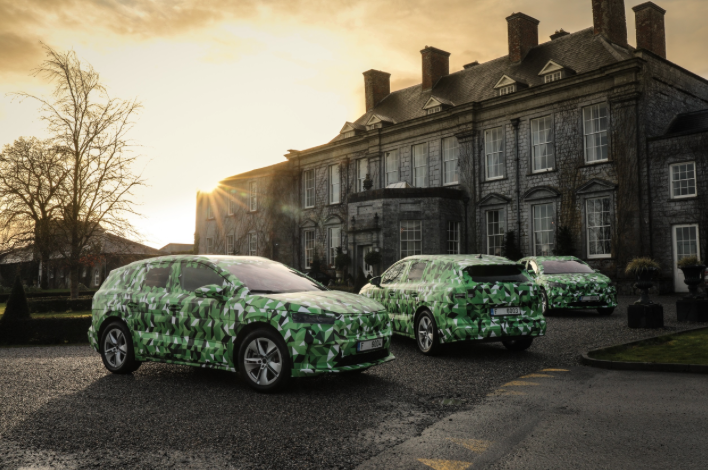 The small town of Durrow, County Laois is not somewhere you might associate with ground-breaking automotive technology. Still, last winter it formed the backdrop to the first international drive of the disguised version of ŠKODA’s first fully electric SUV. The new ŠKODA ENYAQ iV marks a pioneering step forward in the Czech carmaker’s electromobility strategy. The first ŠKODA production model based on Volkswagen Group’s MEB modular electric car platform combines brand-typical virtues such as a generous amount of space and an emotive design with fun yet sustainable driving. There is a choice of three battery sizes and five power variants, depending on requirements. The all-electric SUV is set to be built at ŠKODA’s main plant in Mladá Boleslav, making it the first MEB-based Volkswagen Group vehicle in Europe to be produced outside Germany.

First MEB-based ŠKODA: perfect for everyday use and sustainable, fun driving.
The new ENYAQ iV is a typical ŠKODA, but with a completely new drive concept. The Czech manufacturer’s first production model based on the MEB modular electric car platform is also ideally suited for long-distance journeys as it boasts long ranges of up to 500* km in the WLTP cycle and fast charging. Due to the vehicle’s concept, the designers were able to arrange the ŠKODA ENYAQ iV’s interior in a completely new manner. This layout results in even more space for passengers and their luggage despite the car’s compact dimensions, while also presenting a look that is as emotive as it is modern. In addition, the ENYAQ iV offers state-of-the-art connectivity as well as infotainment solutions and ŠKODA-typical Simply Clever features.

In the entry-level versions, a rear motor drives the rear wheels, thus building a technical bridge to the history of the car manufacturer. The more powerful versions feature a second electric motor at the front to transmit torque to the road even more efficiently. In its most powerful variant, the ŠKODA ENYAQ iV can even tow loads of up to 1,200 kg if required. A total of five different power variants and three battery sizes provide fun yet sustainable driving. Depending on the version chosen, either the rear wheels or all four wheels are driven. Thanks to highly efficient batteries, the low rolling resistance tyres (5.9 per mille) and aerodynamics that are outstanding for an SUV (cd starting from 0.27), the ŠKODA ENYAQ iV can cover ranges of up to 500* km in the WLTP cycle.

The ŠKODA ENYAQ iV can be charged in three different ways. In addition to the conventional 230-volt household plug socket with an AC output of 2.3 kW, the vehicle can also be conveniently topped up overnight at home using a wall box delivering up to 11 kW. This method takes six to eight hours, depending on the size of the battery. DC fast-charging stations with a charging output of 125 kW are the third option. These can recharge the ENYAQ iV’s battery from 10% to 80 per cent in just 40 minutes*.

A highlight of the new ŠKODA ENYAQ iV is its innovatively designed interior, which conveys an all-new feeling of spaciousness. The vehicle also offers state-of-the-art connectivity and infotainment solutions: The driver is shown all of the relevant information via a free-standing, 13-inch central display and, if desired, a head-up display with augmented reality. A permanent Internet connection ensures that all information is always up-to-date. With its generous amount of space, which exudes a lounge-like character, and a 585-litre boot, the ŠKODA ENYAQ iV is ideal for families and lifestyle-oriented customers looking for an electric vehicle that is both sustainable and entirely suitable for everyday use.

With the introduction of the ENYAQ iV, ŠKODA is also introducing a new concept for the interior: sustainable materials such as olive leather is used for the first time in a production car. Customers can also opt for other designs to suit their preferences. The ENYAQ iV will go on sale in Ireland in the first quarter of 2021 and demand is expected to be very high for this new model. 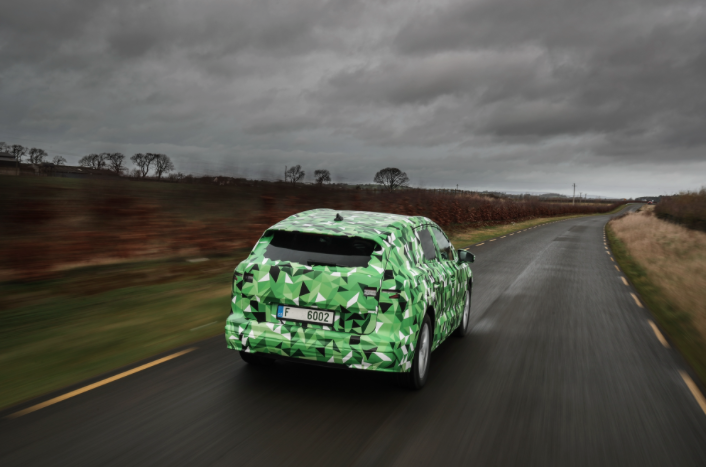