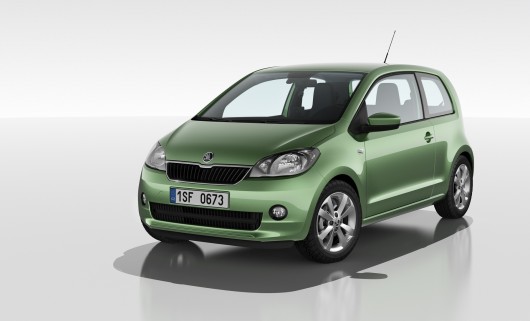 Skoda has just announced details of its all-new seventh model line, the Citigo, which according to Skoda is ‘a small Skoda for city traffic’. The car is due to be launched later this year on the Czech market before a European-wide launch at the start of summer 2012. When the car arrives in Ireland it will have an estimated retail price of approximately €10,500 which seems like value for money. The Citigo is just 3.56 meters in length, 1.65 meters wide and 1.48 meters in height. It can accommodate up to four passengers and will be initially launched as a three-door, with a five-door version to follow towards the end of 2012.

Purchasers of the new Citigo will have the choice of two new three-cylinder 1.0l petrol engines to choose from, both will be available from launch. There will be two power outputs, a 60hp and 75hp version. The economical Green Tec versions will offer excellent fuel economy with an average fuel consumption of just 4.2l/100km and 4.3l/100km respectively. It’s good news for the environment too, with low emissions for both versions resulting in them being placed in tax band A, with an annual road tax fee of €104.