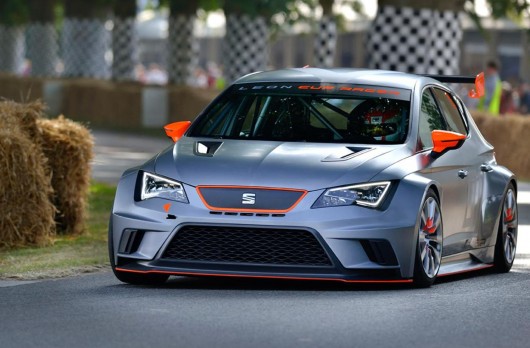 SEAT has announced details of its new SEAT Leon Eurocup, a six-weekend race series in 2014 for their all-new Leon Cup Racer. The first race will be in May 2014, with the teams and drivers travelling to six European countries to race in the championship. The SEAT Leon Cup Racer produces an impressive 330hp and 400Nm of torque, it’s equipped with a six-speed DSG dual-clutch transmission, operated from the steering wheel. The Leon Cup Racer sits low on its 18” alloy wheels, it also has a 40 centimetre wider track then the production Leon. It boasts flared sills, a smooth under body, rear diffuser and two-stage rear roof spoiler to aid down force. The full race calendar will be announced in the coming weeks.